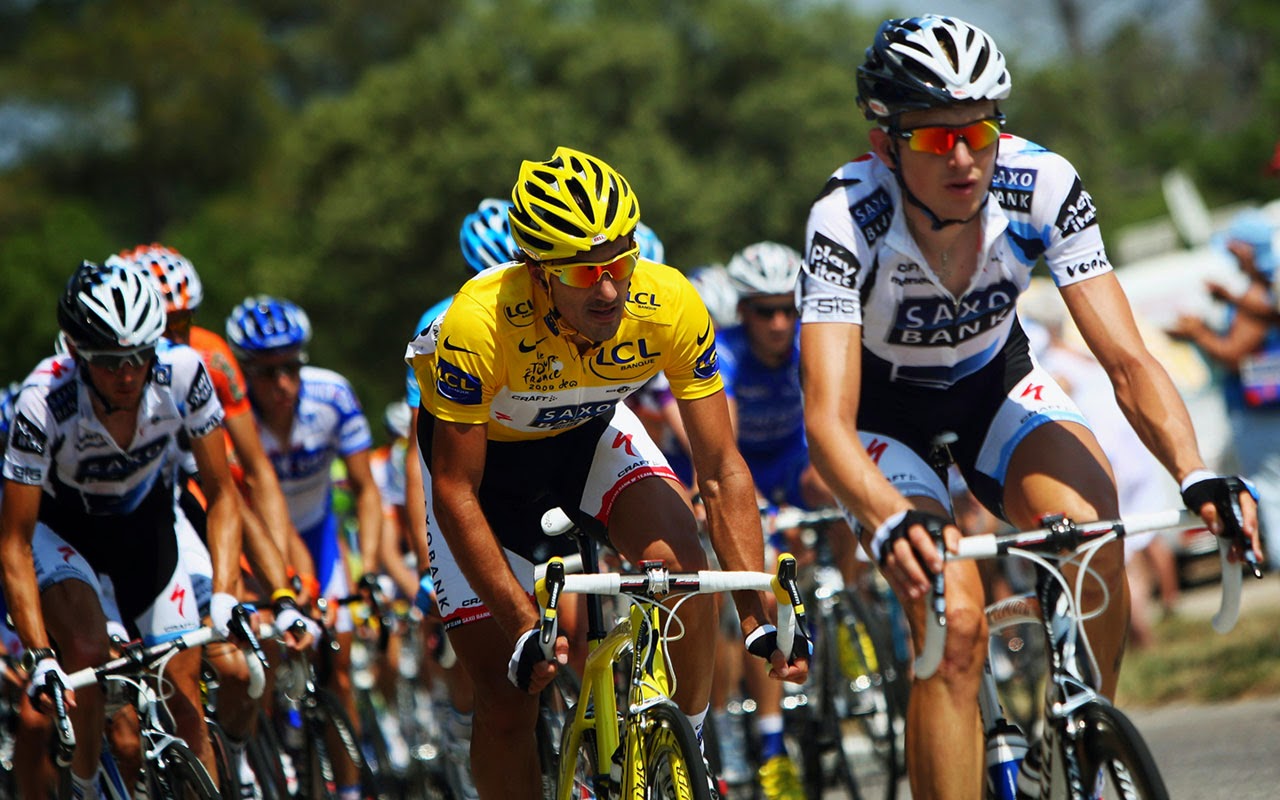 The Tour de France is one of the year’s largest sporting events, requiring an almost superhuman performance of its athletes.

The Tour de France is influencing the way I experience summer.

Besides the usual entertainment associated with events like this, I like to follow the races and read the stories in newspapers and on the Internet to understand how the cyclists cope with the stress of cycling for three weeks and manage the strategy for when to work hard and when to hide in the peloton.

You will not hear the radio in my office for 11 months of the year, but in July it is on. For me Le Tour is summer. My own bike ride to and from work goes faster than usual every day Le Tour is on.

This year the Tour de France will be special for me, because the Grand Départ is in Utrecht, not far from my hometown. I will visit the prologue and will be among the spectators along the route of the second stage when the pack is winding through Holland.

During these first days, the cyclists will still feel great. They have looked forward to the start of Le Tour and expectations have not yet been replaced by fatigue.

Although they have trained numerous hours, fatigue will set in somewhere during these 3 weeks of extreme cycling.

For some of them, the fatigue will not go away even when Le Tour is over; some of them will have developed what we now call nonfunctional overreaching, or even overtraining syndrome, which may end their season as effectively as a crash resulting in broken bones.

I felt this kind of persistent fatigue myself a couple of years ago when I cycled through Europe in a fundraising event, the Tour for Life.

Although I do not want to compare my cycling with the Tour riders, my own experience (after only a 1-week tour) with nonfunctional overreaching planted seeds for research questions.

This has resulted in a project that is currently in progress. The process of nonfunctional overreaching is far from understood, and the sports physiology community could be of great help to the cyclists if we are able to shed light on this phenomenon.

Maybe I’m naïve, but I believe that if we can solve this problem, we might take steps that could reduce the amount of doping in sport.

Doping is an always existing evil in cycling, and top sport generally. As a result, even in cases where virtually everything is done to prevent doping, outstanding performances are perceived with suspicion and cause raised eyebrows.

The doping problem has made even enthusiasts like me sceptical, which often leads to what might be called witch hunts.

In the medieval era witch hunts were very common. People who were different were tried, often unfairly, and very frequently ended up burning on the pyre on the city square.

One part of the “trial” was to weigh the witch to see if she was light enough to fly or float, humorously but graphically depicted in Monty Python and the Holy Grail.

This weighing procedure was usually fraudulent. Whatever the outcome of the measurement, the pyre was the result.

Thirty-five kilometres into the second stage of the 2015 Tour, the peloton will cycle through the 750-year-old city of Oudewater.

This small city is very relevant with regard to witch trials. Several hundred years ago, the people of Oudewater became fed up with the unfair procedure.

Possibly one of their beloved was convicted elsewhere. As a result, they started their own “witch weigh house” with a calibrated scale and calibrated weights.

This weigh house was the only one in Europe that could be counted on for a fair weighing process. From this weigh house there was never anyone convicted of being a witch. The weigh house is still there and is now a touristic point of interest.

As scientists, we need to prevent ourselves from (nonfunctionally) overreaching our knowledge and think twice before we say things about the superior performance by athletes in the popular press or blogs, particularly about whether some performance is “biologically possible.”

Remember, only 61 years ago people like ourselves were declaring that running a mile in 4 minutes was flirting with death.

We need to calibrate our measurements and extend our knowledge of sports physiology and performance, to the point where disorders like nonfunctional overreaching are much less common and unfair practices like doping are less attractive to athletes.

The International Journal of Sport Physiology and Performance has a beautiful role in this process and has become a major player in spreading the evidence about human performance.

However, for as much progress as we have made, we need to remember a favourite saying of the cyclists at the start of Le Tour: “It’s a long way to Paris.”