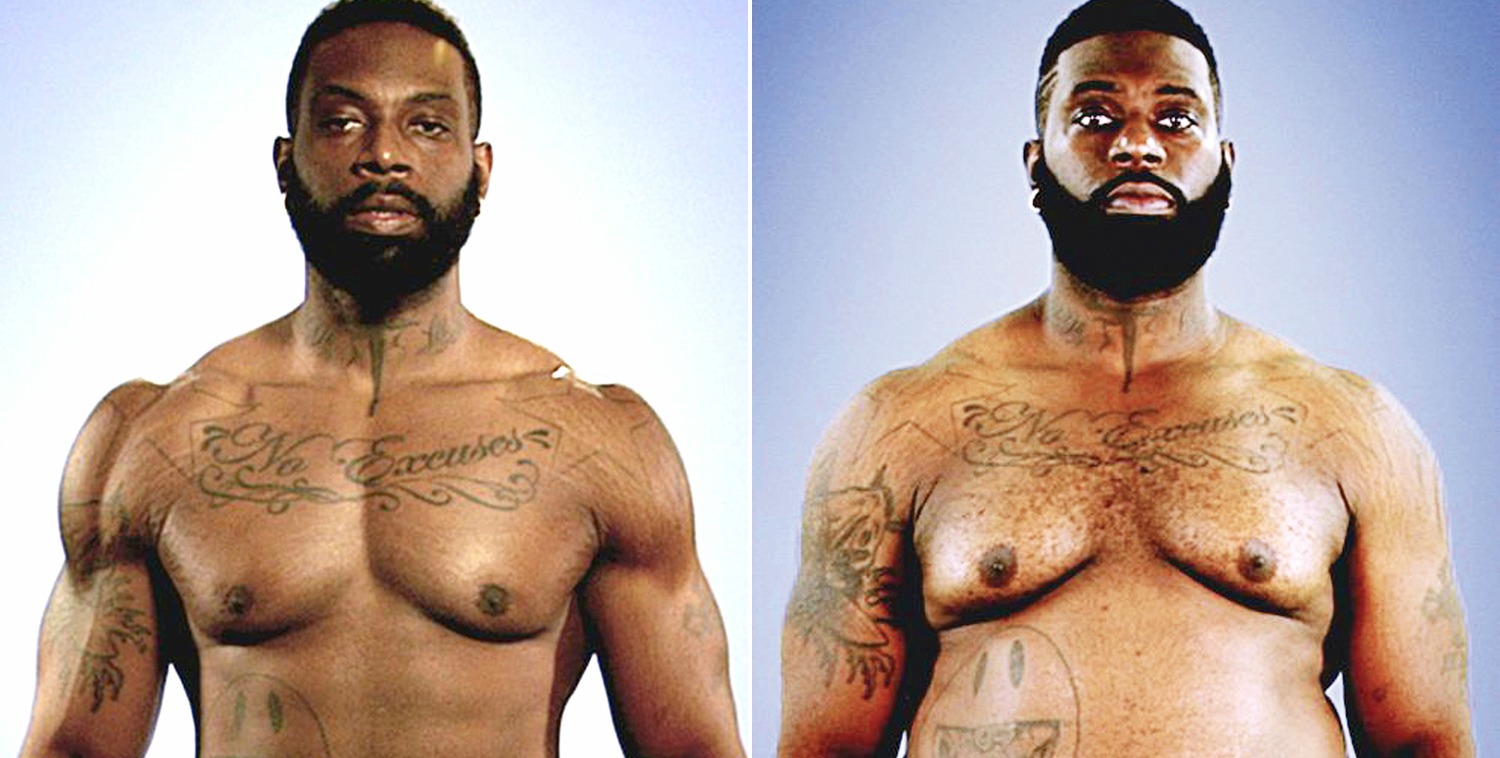 So that his client didn’t have to undertake her weight loss battle alone, personal trainer Adonis Hill purposefully piled on 70 lbs (five stone) in three months.

Client Alissa Kane had been overweight most of her life. So, Adonis, a 35-year-old trainer from Brooklyn, who had already overcome his own battle with weight and depression in his late-twenties, decided the best way to motivate Alissa was to go on the journey with her.

For three months, Adonis consumed 8,000 calories a day, eating doughnuts for breakfast, hot dogs or pizza for lunch, packets of Oreos as snacks and McDonald’s for dinner, as well as drinking bottles of sugary fizzy drinks. He also stopped exercising.

However, after putting on 69 lbs (4st 9lbs), doctors advised him to stop as he was doing serious damage to his body and at risk of a heart attack.

Alissa, a New York teacher who weighed 308 lbs (22 st), began to exercise with Adonis and change their diet together. Adonis went back to lifting weights and doing cardio with Alissa five or six days a week.

Adonis knew what he was up against. During a period of depression in his late-twenties, he started putting on weight through comfort eating. He eventually turned it around and managed to lose 100 lbs (7 st 1 lb) by the time he was 29.

But, five years on and second time round, he struggled. ‘I was putting in a lot of work in the gym but eating right was hard this time because I was coming off an old addiction. I had to wean myself off unhealthy food,’ he said.

He cut out the junk food but stayed on a high-fat, high-protein, low carbohydrate diet to allow his body to burn fat more readily (he did this in consultation with his doctor).

Alissa, meanwhile, swapped processed foods and takeaway for home-made stir-fries and snacks of porridge oats and yoghurt with berries.

After four months, both Adonis and Alissa had achieved their weight loss goals – he lost 57 pounds and Alissa lost 58 pounds (just over four stone).

The story was filmed as part of the US TV show Fit to Fat to Fit.