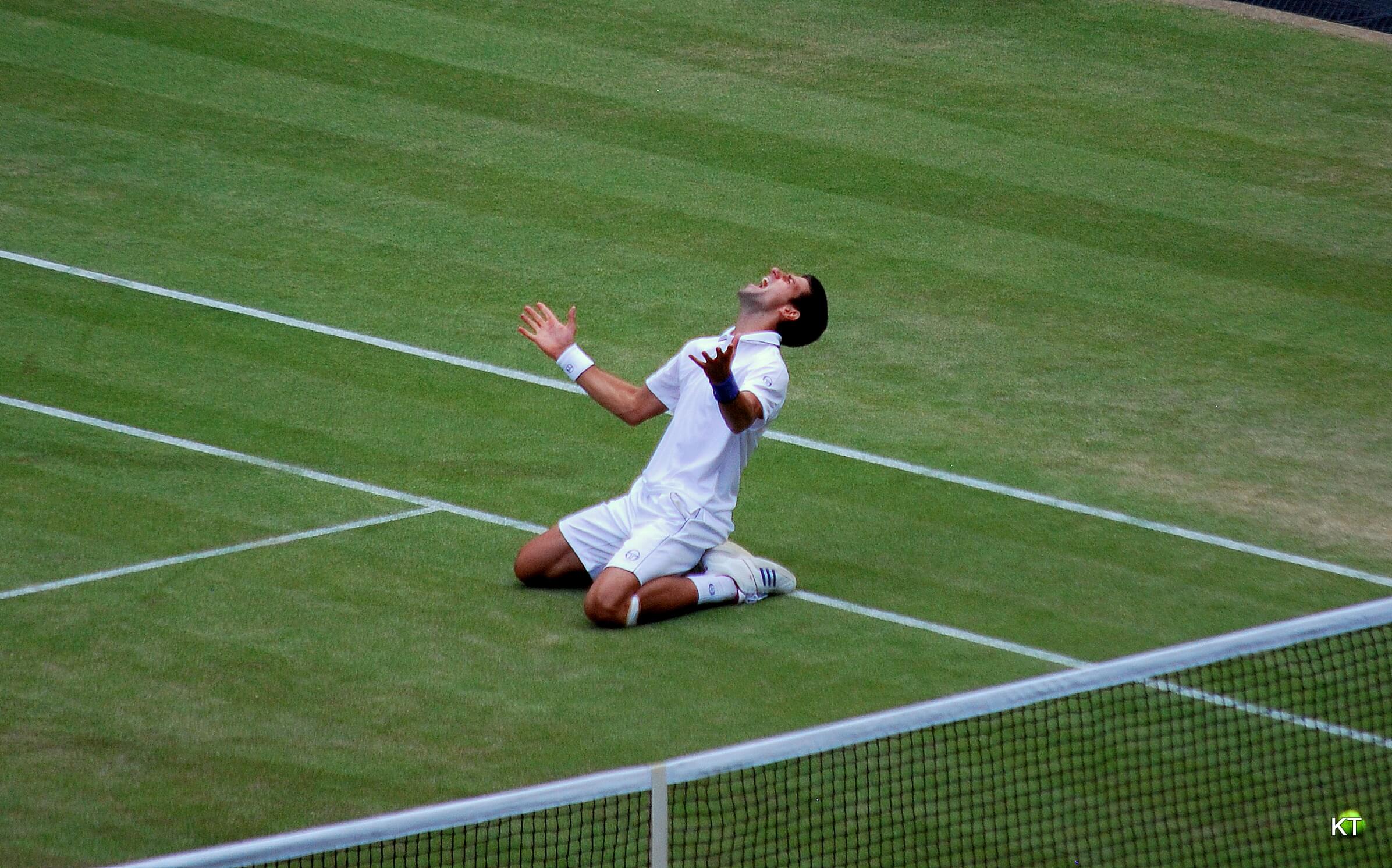 The British summer is here (as you can probably tell from all the rain outside) which means Wimbledon is here! Get 25% off tennis books during Wimbledon.

In the build up to Wimbledon and for the full Wimbledon fortnight (Monday 3rd July – Sunday 16th July) we are giving you 25% off eight of our bestselling tennis books. Just enter the code Tennis25 at the checkout.

Wimbledon 2017 is arguably the most open it has been for many years. The ‘big 4’ are still the clear favourites. However, with top seed Andy Murray’s shock first round exit at Queens and niggling hip injury, he doesn’t come into the tournament in great form. He has also had less competitive playing time on the grass than he’d like. Djokovic, like Murray, hasn’t been at his best for a while now and has picked up a few injuries this year, staying fit will be vital for these guys if they want to lift the trophy again.

Federer, who is a Wimbledon legend won the Gerry Webber Open last week but at the age of 35 (36 in August), these long Grand Slam matches must start taking their toll (Although it didn’t stop him back in January when he won the Australian Open). Then there is Rafa Nadal, fresh from winning his 10th Roland Garros, he is undoubtedly the ‘King of Clay’. However, he has hardly been a threat on grass since 2011. Nobody outside these top four has won at SW19 since 2002, can this trend continue?

It will be interesting to see how last year’s runner-up Milos Raonic performs. The big-serving Canadian could go one step further in 2017. Perhaps it’s the time for Dimitrov, Cilic or young Thiem to shine? Maybe the US Open winner Wawrinka can finally make an impact on grass?

Who will take Serena’s title?

The women’s title is also an open championship with the absence of the reigning champ and seven times winner Serena Williams. Petra Kvitova is arguably the favourite and what a story it would be if she could come back and win Wimbledon for the third time. Kvitova’s house was burgled in December by a knife-wielding burglar which led to a serious hand injury.

The top seed is last year’s runner-up and the current US Open champion Angelique Kerber. 2017 hasn’t been her best year, however, with her fighting spirit and ability to turn defence into attack the 29-year old German won’t be easy to defeat.

Big hitter Karolína Pliskova is going to be a threat on the grass, she has yet to win a Grand Slam but the 6’1″ Czech did reach the final of the US Open last year. Spaniard Garbiñe Muguruza got to the final of Wimbledon two years ago and won the French Open in 2016, however, her form has been hit and miss throughout her career. If she can get back to top form she has to be a strong contender.

Other strong candidates include Brit Johanna Konta, no doubt she will be inspired by the fact that a British woman hasn’t won Wimbledon for 40 years. It would be fantastic to see Konta reach the final. Another in with a good shout is Simona Halep, beaten in the French Open final she will be keen to seek revenge. Halep is strong on all surfaces, with her agility and ability to hit punishing cross court winners she cannot be written off easily. Seasoned pro and five-time champ Venus Williams will also want a say in who wins the title. 19-year-old Ana Konjuh is also worth looking out for, many are predicting she could be one for the future.

Put your trust in Human Kinetics

One thing you can guarantee this Wimbledon fortnight (unlike the weather or the winners) is that Human Kinetics have some great deals. The 25% offer also combines with HK Rewards, giving HK Rewards members 40% off. The sale has started now, just use code ‘Tennis25’ at the checkout and your discount will be applied. Please note this offer is only for residents of UK, Europe and the Middle East.

Our tennis books are written by some of the most recognised names in world tennis. Authors include Nick Bollettieri who participated in the development of many leading players.  These include Andre Agassi, Jim Courier, Monica Seles and Mary Pierce. He has also coached some of the modern day stars such as Serena Williams and Maria Sharapova. He also coached Boris Becker for two years.

Dr Mark Kovacs has written two books for us, Tennis Anatomy and Complete Conditioning for Tennis. You can get these two books at a discount in the Wimbledon sale. If you’d like to see some of Kovacs work check out our blog Watch 5 fun tennis footwork drills to improve your agility. Dr Mark Kovacs is a performance physiologist, researcher, professor and coach with an extensive background training and researching elite athletes.

Feel free to comment below with your Wimbledon predictions.