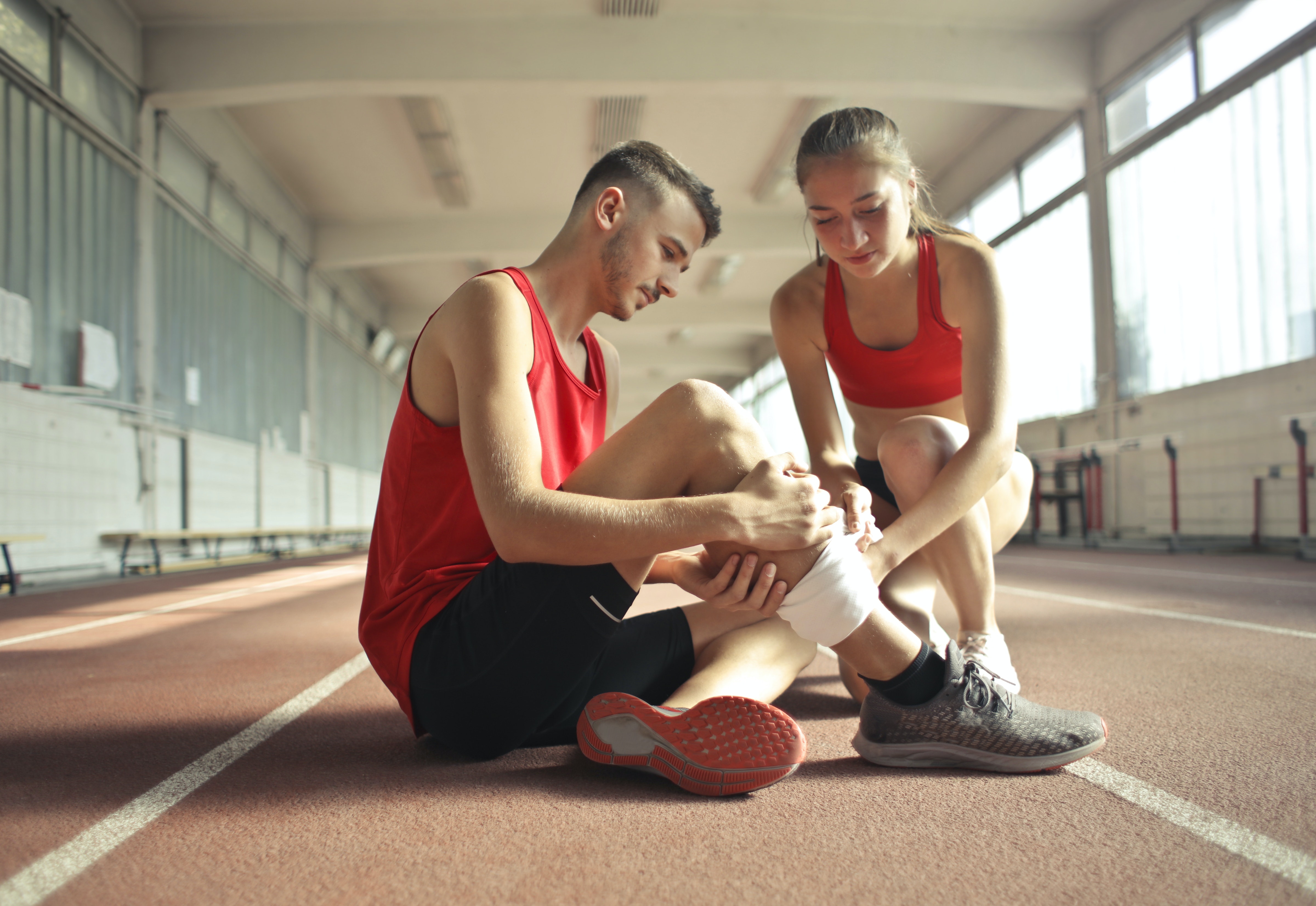 Injury can put an athlete out of sport for weeks, months, or even completely. That’s why it is important to have a solid understanding of why injuries occur and how to prevent them.

In this post we explore injury prevention methods adapted from Periodization of Strength Training for Sports.

In Italy, there are more injuries per hour of practice in football than in rugby, despite rugby being the more physical game. Why is that? Could it be that rugby players have better strength training and, as a result, are more able to prevent injuries than football players? Is football such a dangerous sport? Or might it be that ignorance in training is higher in some sports?

In the case of football, other team sports, and contact sports, most injuries have common causes, including the following:

How to prevent injury in sport

In strength training programs for youth, and even for some professional sports, injury prevention is often overlooked. More specifically, programs frequently omit the training of ligaments and tendons because the AA training is simply inappropriate or nonexistent. That is why injury prevention has to be a major concern for all athletes, and of significant interest to coaches, athletes, and club owners. In the latter case, club owners lose some of their investment because injured players cannot play.

The mechanical work done by muscles, the force of contraction, depends on the actions of actin-myosin coupling, but also on the capacity of the ligaments and tendons to withstand stress. When a muscle contracts to perform work, the force of the muscles is transmitted to the bone via a tendon and, as a result, the limb moves to perform a sporting skill. Therefore, if a tendon is a transmitter of force, the ligaments keep together the anatomical integrity of a joint. The stronger the ligaments, the more stable the joints. The more stable the joints, the easier it is to prevent injuries.

Well-trained, strong tendons can withstand great mechanical stress. If the strength capability of tendons and ligaments is inappropriate, they may become a limiting factor for performance, a weak link in a stronger chain. As a result, every time these connective tissues are exposed to high mechanical strain, they may produce anatomical discomfort or even injury.

Coaches should remember that unlike muscle tissue adaptation, which takes a shorter time, connective tissue (ligaments and tendons) adaptation often takes several weeks (McDonagh and Davies 1984; Enoka 2015). This time requirement justifies why we suggest a longer AA for most athletes, especially for the younger ones. The AA training must focus not only on strengthening the muscles but also on fortifying the connective tissues.

The image below illustrates the location of the gastrocnemius muscle on the calf and the place where the Achilles tendon is inserted on the heel, or calcaneus bone. In the coaches’ strategy to prevent injuries to this big and strong tendon, they also have to be aware of the equally important anatomical element, the size of the area of the insertion of the Achilles tendon on the bone. Strong tendons always have a larger area where the tendon is attached to the bone, in this case, 65 mm2 or more (Enoka 2015). For well-trained sprinters, this area is much larger. The larger the size of the Achilles tendon and the larger the attachment area to the bone, the better insurance against injuries.

Another essential element in your strategies to prevent injuries is the range of motion (ROM) of the major joints of the body. Although a good overall flexibility is important, you should emphasise sport-specific ROM, and particularly for team sports, at the ankles, the knees, and the hips. Effective flexibility training, with acute angles between two segments, will always result in stretching the muscles and the ligaments and tendons alike. Any flexibility training should start with a good warm-up and a slow and progressive decrease of the angle between two segments.

The image below illustrates the degrees of ankle flexibility in different body positions. In the first case, the left part of the figure, standing position, the angle between the foot and the calf, is 90 degrees. As the athlete inclines forward to start running, the mean maximum degrees of flexion without lifting the heel is 60 degrees. As the runner inclines forward toward maximum flexion, for lack of better flexibility than 60 degrees the runner is forced to lift the heel. When this happens, the force of the gastrocnemius muscle decreases by 30% (Bompa 2006).

Most flexibility training programs grossly neglect ankle flexibility, even though the ankle is an extremely important joint in any type of running, particularly in sprinting, and in jumping. You should test your athletes’ dorsiflexion (bringing the toes toward the calf) frequently, using a goniometer.

In summary, strengthening not only muscles, but ligaments and tendons can help to reduce likelihood of injury, and so too can increasing an athlete’s flexibility and range of motion. Incorporating these into training can help reduce likelihood of injury and keep athletes in the game. You can read more in Periodization of Strength Training for Sports.

Periodization of Strength Training for Sports