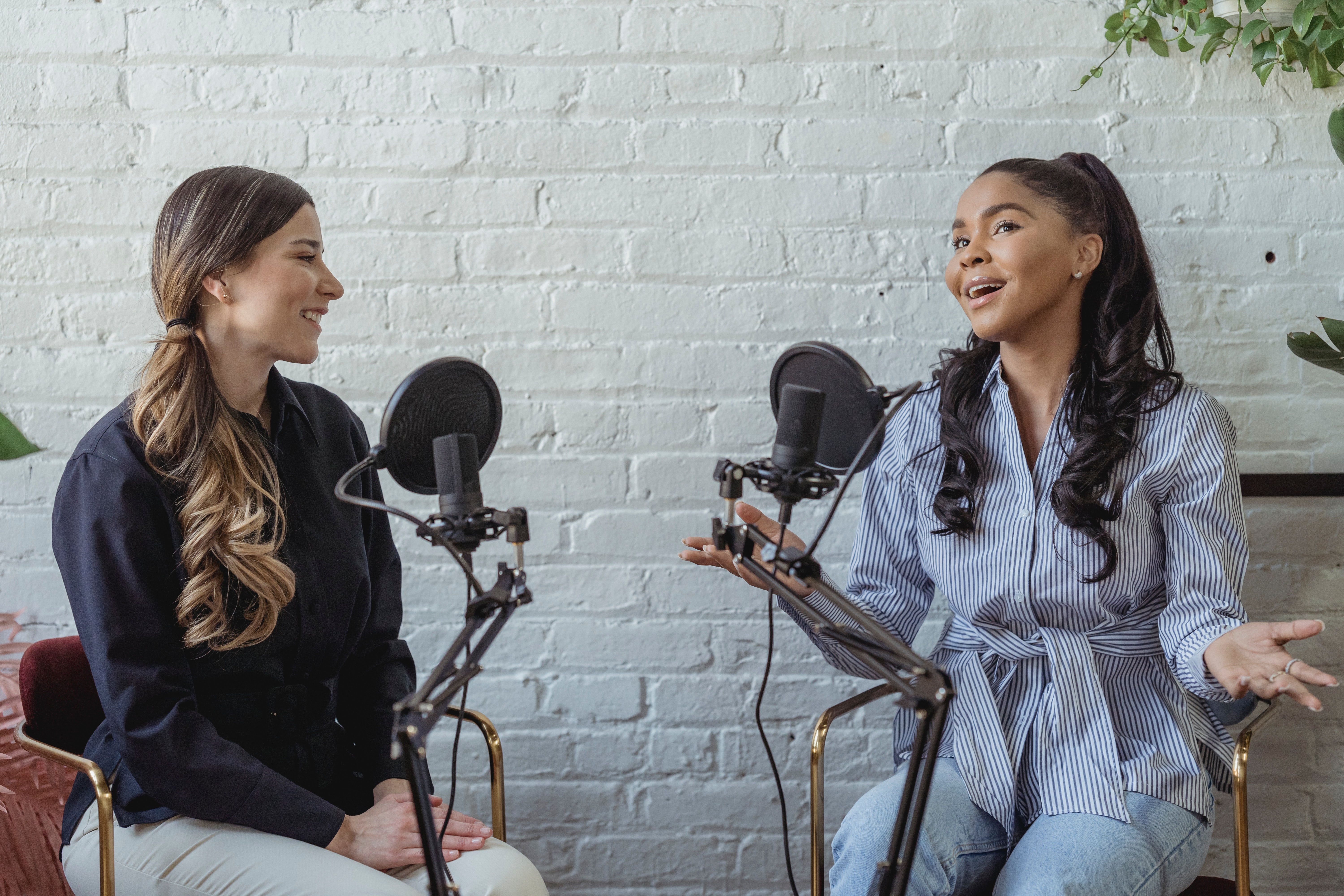 Podcasts have grown in popularity in recent years as an accessible and inexpensive way both for listeners to access valued content, and for podcasters to push out their message. The best part is, if you’re looking to start your own podcast, you won’t need much to get started.

In this post we explore what you’ll need to consider when setting up your own podcast, adapted from Sports Broadcasting.

It’s a good idea to give your podcast some thought before you jump in. Here’s a few questions to consider:

What is the show about?

This seems like an easy enough question to answer, but in many cases it is best to be as specific as possible when deciding what the show is going to be about. For example, perhaps you want to create a show about basketball. That seems like a good topic, but the term “basketball” is a very broad. University? Professional? Women’s? Men’s? A specific team? Tips on how to play better? Simply saying that a show is about basketball could open you up to disappointment from listeners if the episodes do not talk about the aspect of basketball for which they were hoping. Therefore, it’s best to be as specific as possible when coming up with the concept for the show—a host should be able to describe his or her show in two sentences or less. This description should be in the podcast notes when putting it online, and the hosts can relay this information at the beginning of the episode. Here is an example: “Welcome to Party with the Pelicans—your podcast home for the latest news from the NBA’s New Orleans Pelicans. I’m your host Kylie Anderson.”

Who is the podcast for?

When planning the concept for the show, you should take time to recognise who the audience for this show is. For Party with the Pelicans, the host would almost certainly aim the content toward Pelicans fans. However, not all fans are the same. Is this show for die-hard fans who know every statistic, player fact, and game result? Or is the show designed for casual fans who want more information on the team but do not want to get bogged down in the specific details of the club? Those are two entirely different shows, so the podcast host should decide early in the show’s creation in which direction he or she would like to go.

What is the format?

Once you have determined what the show is about and who the intended audience is, it is time to settle on a format for the episodes. Three of the more popular formats for sports podcasts are an interview show, a recap show, and a news show. An interview show is one where the host would have a different guest each week and then interview that person for the entirety of the episode. A recap show would feature more commentary and analysis of events that have happened. Finally, a news show would be similar to an evening newscast in which an anchor discusses various news items and occasionally has reporters out in the field filing stories. In some cases episodes can be a combination of these elements, with a brief recap of events followed by an interview with an expert.

Perhaps the biggest decision when starting up a podcast is deciding who will be the host. In all likelihood, the person who created the idea will serve as the host, but it is worth examining if having a cohost can improve the quality of the show. For example, if episodes of Party with the Pelicans are going to be an hour of analysing individual plays from previous games, that can prove to be difficult for one person to talk about for the entire time. In that case, having a second person to talk to, argue with, and come to conclusions with could help the pacing of the show and help fill the time allotted to the show. Having a second host can also be a help when planning the episodes because the two hosts can bounce ideas off of each other and split up some of the off-air tasks required to create a successful show.

A podcast can be created almost for free using equipment that a podcaster probably already owns or can download inexpensively. However, if someone is hoping to turn podcasting into a career, it is worth investing in some more professional equipment that will make the show sound better and easier to produce. We’ve listed a few items to consider below:

There are many steps that should be followed before recording the actual podcast episodes. Even after the format has been decided, the equipment purchased, and the location selected, several more boxes must be checked. Hosts should take time to plan each episode before recording, come up with a consistent format, and then assure that all the equipment is working properly before starting the show.

Before recording each show, the host should know exactly what is going to be discussed. While the majority of the conversation in a podcast is spontaneous, an outline with general topics and points to be addressed can be helpful during the taping of the show. Often podcast hosts will have a point they want to make during the show but they forget once the show is moving along during the taping. Having a list of bullet points that the host can refer to during the show can ensure that all the topics that are planned to be discussed actually make the final taping.

Have a similar rundown

While each show will have differing content, the basic order and rundown of the show should be similar for each episode. Listeners should be able to download an episode and know exactly what they are going to get. Creating a format that can be relied on for each show can also make preparations much easier for the hosts because they will know what content they need to include.

Once the podcast is recorded, it is on to the next step. This might be one of the most important parts of all—making sure that people can actually listen to it. Hosts must figure out where to put the podcast online, how to let people know about it, and when to start thinking about future episodes.

After recording the show and exporting it as an MP3 file, the podcast now needs a distribution home. Uploading the shows to an audio-specific hosting network such as SoundCloud or Libsyn can be an easy way to have the show available online. Hosts would only need to send the link to those who might be interested in listening. Additionally, setting up a feed will allow for new episodes to be added to the list and will alert followers that the latest show is now available for listening.

The next step is to ensure that people can listen to the podcast on as many different devices as possible. Therefore, users want to get their feed picked up by Apple Podcasts, Spotify, Stitcher, Google Podcasts, and other popular destinations where people listen to podcasts. Most of these programs make it very easy to connect and offer detailed directions on the steps that need to be followed.

Just because a podcaster is making an entertaining and informative show does not mean that people will automatically start listening. Television and radio hosts have a built-in audience network that has been created over decades.

Social media has become an important part of both journalism and the world of sports. Fans are using social networks to follow athletes and get the latest updates on their favorite teams and sports. Podcast hosts should take advantage of this and not only have their own personal social media accounts but also create one specifically for the show. That account should be updated regularly with content updates, bonuses, and a behind-the-scenes view of the show.

Additionally, having guests on the show can also turn into a promotional tool. The followers of the guests can possibly become followers of the podcast with the right updates. When the episode comes out, hosts should send the link directly to the guest and see if they would be willing to share the episode with their own audience. Fans of that guest will hopefully download the show, and if they enjoy the episode they might download another.

Before you go ahead and record your first podcast episode, it’s important to consider a variety of factors to give your podcast the best chance of success.

You can read more about podcasting and all types of sports broadcasting in Kevin Hull’s Sports Broadcasting.

Photo by George Milton from Pexels