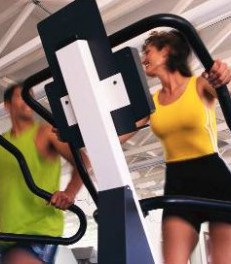 It shows that 122 new facilities opened across the UK in the 12 month period ending 31st March 2010 despite a general contraction in the national GDP and the most challenging trading conditions in living memory.

The fitness industry is estimated to be worth £3.8 billion annually and grew its registered membership base to 7.4 million members in the period under review.

Commenting for the Fitness Industry Association, Chairman, Fred Turok said “Our industry has matured. What was once solely a leisure proposition now also has an important role to play in helping Government (irrespective of who is in power), deliver its public health strategy.”

He added, “I suspect that our robust performance is due to the fact that we have improved our ‘fitness service’ and augmented it by offering patients and people who are at risk of suffering from over 20 lifestyle diseases, access to trained professionals who can deliver preventative, as well as remedial exercise prescriptions.”