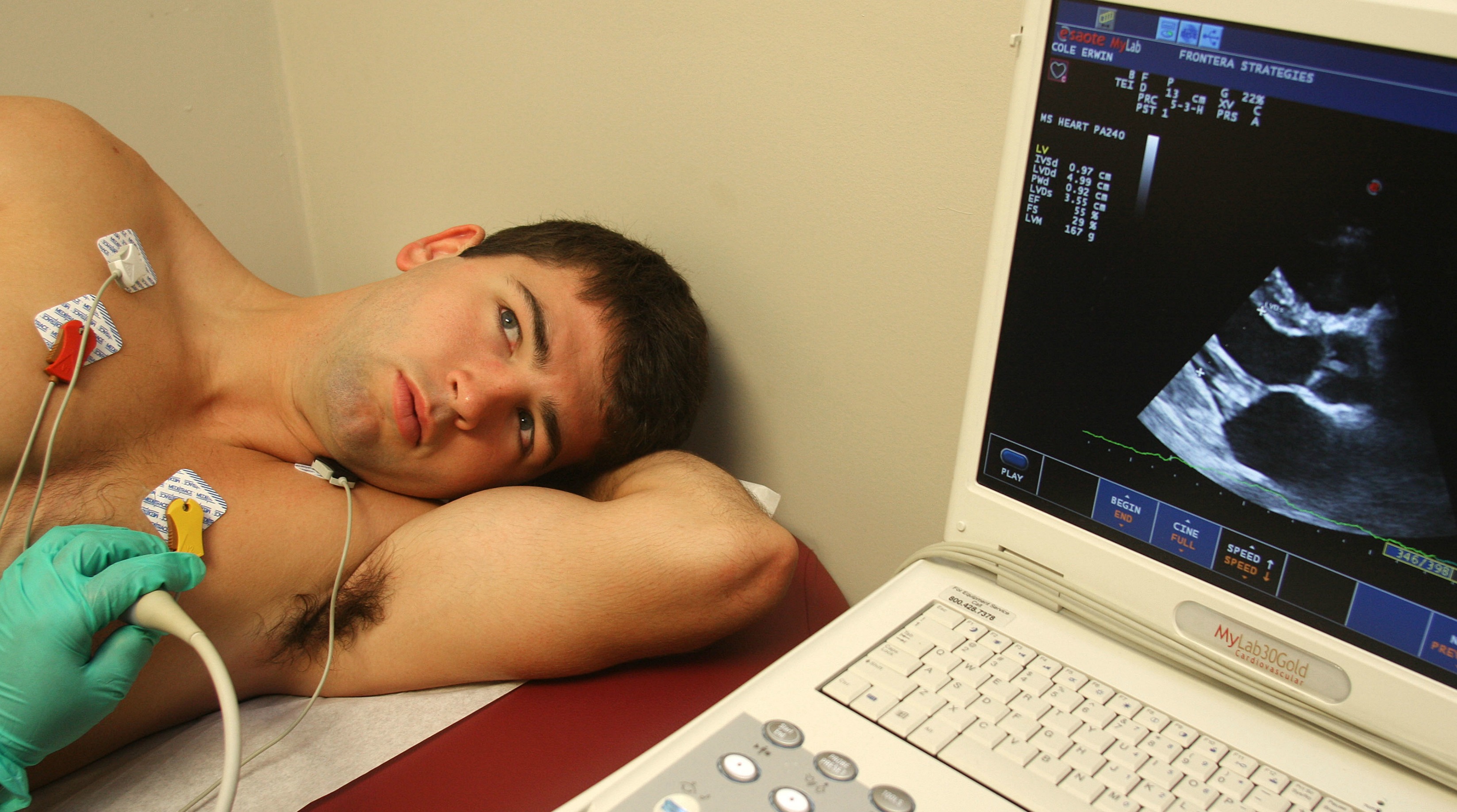 Olympic athletes should have tailored heart screening to check for life-threatening conditions before they can compete, according to a leading Italian doctor.

After running extensive tests on 2,354 elite athletes, he discovered six had potentially fatal disorders that disqualified them from competing.

But the British Heart Foundation (BHF) says screening is not yet precise enough to be offered routinely.

Heart screening is designed to pick up abnormalities that could leave people at risk of sudden death.

This is rare – but according to the BHF it is more common in athletes than the general population.

Figures suggest one or two in 100,000 athletes die in this way each year.

No-one knows why this increased risk exists, though some suggest extensive exercise can sometimes put a strain on heart muscles, causing them to enlarge.

But predicting which athletes will be affected is not easy.

Dr Paulo Adami from the Institute of Sport Medicine and Science of the Italian Olympic Committee studied athletes shortlisted for the Olympic games between 2004 and 2014.

Tests included ECG tests (recordings the electrical activity of their hearts) both at rest and while doing exercise and ultrasound scans of their hearts.

They picked up worrying signs in 300 athletes.

And after further investigations, they found six with potentially life-threatening conditions which meant they could no longer compete.

Some 165 were allowed to continue their careers with annual checks.