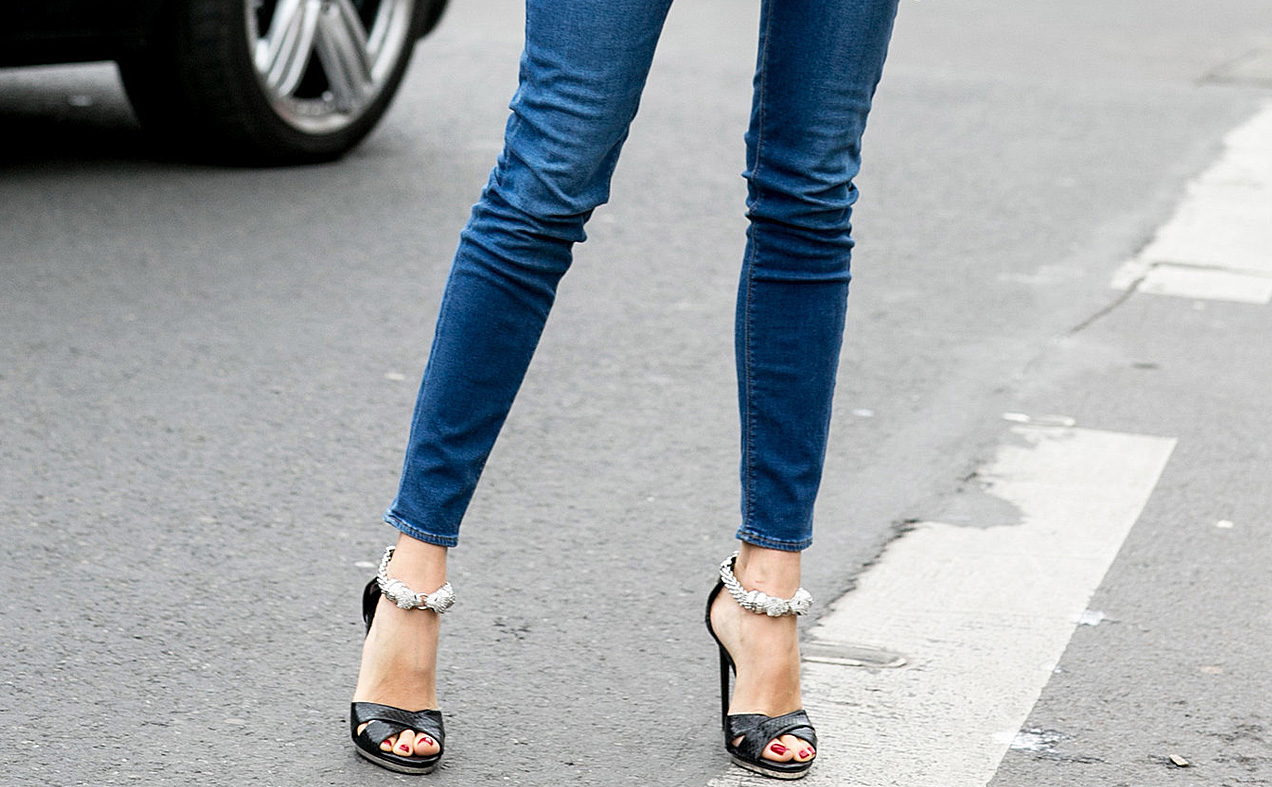 A 35-year-old Australian woman had to be cut out of a pair of ‘skinny jeans’ after her calves ballooned in size, according to a report in the Journal of Neurology, Neurosurgery and Psychiatry.

The woman had been helping a family member move house which involved many hours of squatting while emptying cupboards.

She had been wearing ‘skinny jeans’ and recalled that her jeans had felt increasingly tight and uncomfortable during the day.

Later that evening, while walking home, she noticed bilateral foot drop and foot numbness, which caused her to trip and fall. She spent several hours lying on the ground before she was found.

Doctors believe the woman developed a condition called compartment syndrome, made worse by her skinny jeans.

Compartment syndrome is a painful and potentially serious condition caused by bleeding or swelling within an enclosed bundle of muscles – in this case, the calves.

On examination at the Royal Adelaide Hospital, her lower legs were severely swollen and although her feet were warm and had enough blood supplying them, her muscles were weak and she had lost some feeling.

As the pressure had built in her lower legs, her muscles and nerves became damaged.

She was put on an intravenous drip and after four days was able to walk unaided.

Other medics have reported a number of cases where patients have developed tingly, numb thighs from wearing the figure-hugging low-cut denim trousers, although the chances of it happening are remote for most people.