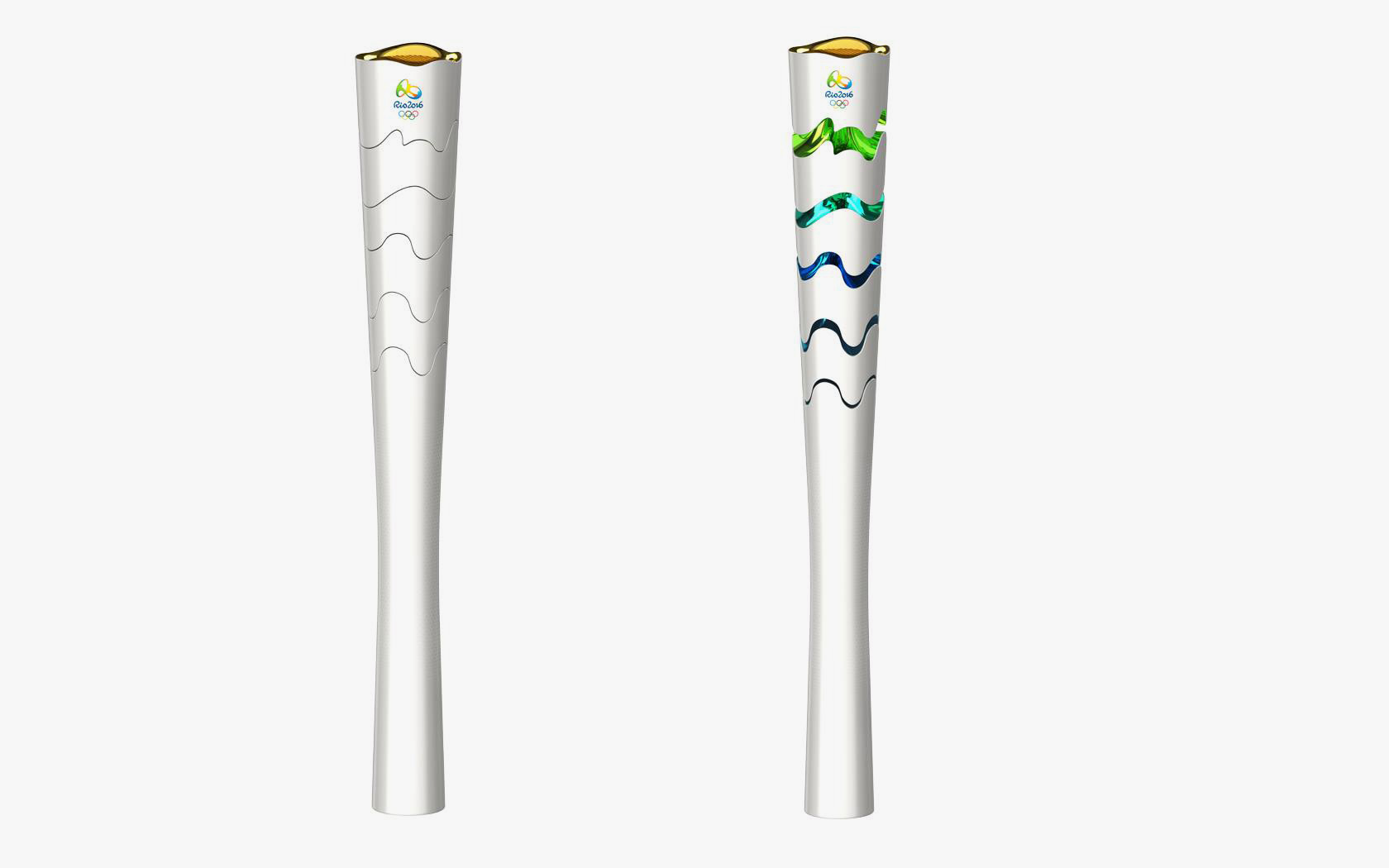 Rio 2016 has revealed its design for the Olympic Torch and the route for the Torch Relay, 399 days before the Opening Ceremony is due to take place.

It aims to reflect the unprecedented meeting between the legendary Olympic flame and the human warmth of the Brazilian people, they said.

The Torch’s texture has triangles running the length of its body, alluding to the Olympic values of excellence, friendship and respect, and the floating effect of its different segments refers to the efforts of the athletes.

One of its main innovations is the movement of these segments, which open up and expand vertically when the Olympic Flame is passed from one torchbearer to another.

Upon expanding, the segments reveal the elements that add the Brazilian flavour: diversity, contagious energy and exuberant nature, with the soil, the sea, the mountains, the sky and the sun represented in the colours of the Brazilian flag, which are also present in the visual identity of Rio 2016.

“The design of the Rio 2016 Torch was inspired by the Olympic spirit, our country’s nature, and the harmonious diversity and energy of our people,” said Beth Lula, the Rio 2016 brand director.

“We used the specific stroke of the Rio 2016 brand to design the torch’s contours. Its horizontal segments, once open, reveal the sky, mountains, sea and the ground, represented by the promenade of Copacabana.”

The torch will travel 20,000 kilometres by road and another 10,000 miles by air over the North and Midwest parts of the country, between the cities of Teresina and Campo Grande, without the Flame ever going out.

“We want to show the world the chemistry that we believe will be born when the Olympic Flame meets the warmth of the Brazilian people,” said Carlos Nuzman, President of Rio 2016.

Each Torch – crafted from recycled aluminium and resin with a satin finish – will weigh between one kilogramme and 1.5kg and stands 63.5 centimetres high when contracted and 69cm when expanded.

Lightweight materials and a design that induce a grip closer to the Torch’s centre of gravity have been employed to make the experience the best it can be.

The Torch Relay is due to end on August 5, when it will light the Olympic Cauldron at Maracana Stadium during the Opening Ceremony.

Visit the dedicated website for more information about the torch.