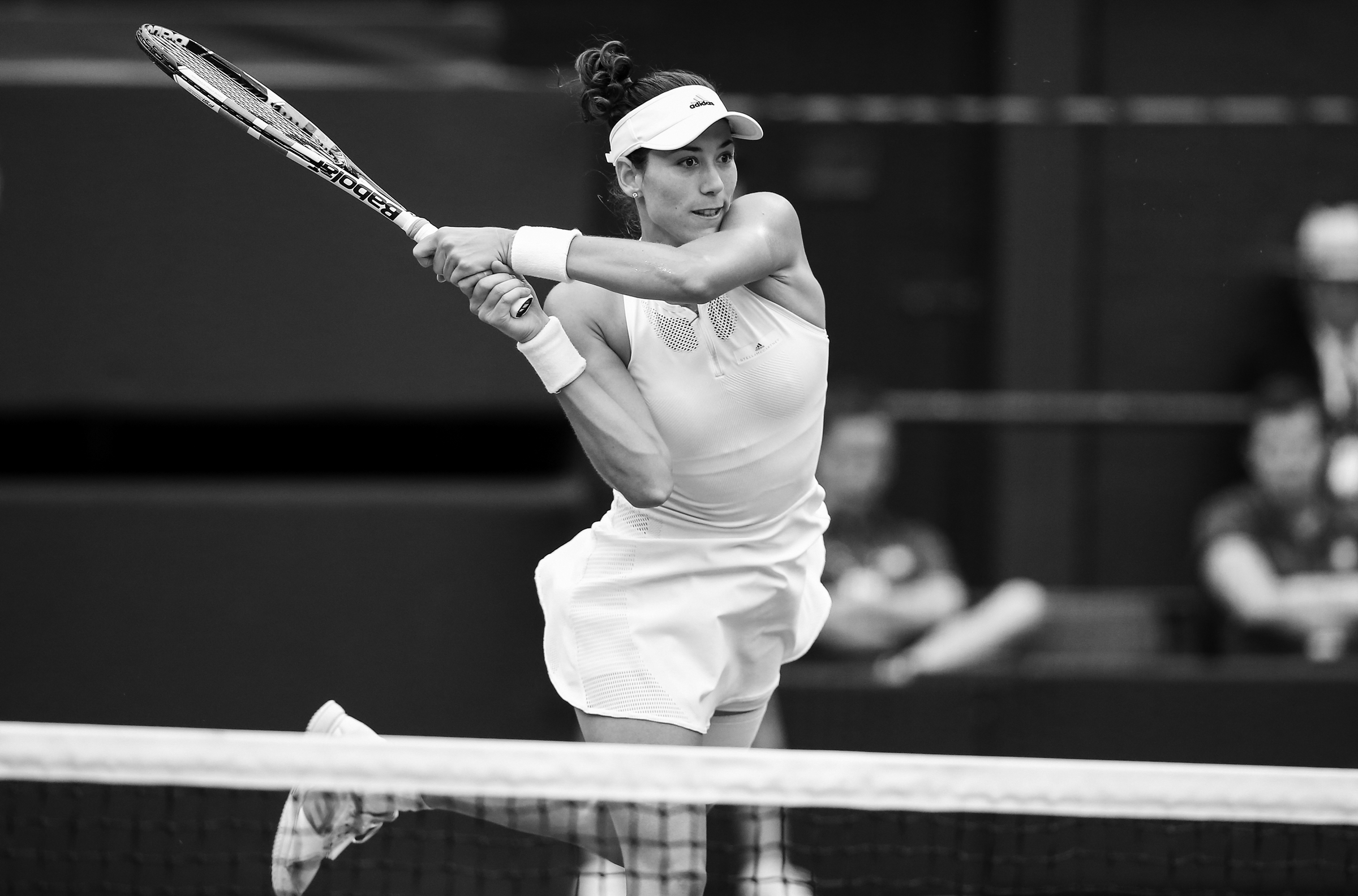 Taper or tapering has many definitions but if you get it right and it could be the difference between winning and losing. Tapering is common for athletes competing in a one-off event such as a marathon however it is also widely used in other sports.

This post is adapted from chapter 9 from our much anticipated new book Periodization 6th Edition Theory and Methodology of Training. Written by Tudor Bompa and Carlo Buzzichelli. The 5th edition of this title is one of our best sellers and one of our most adopted/bought academic texts as we wrote about in a recent post The 10 most valuable academic sport science books. It is also one of the best strength training books.

Many definitions have been used to describe how an athlete’s training plan is modified in the final days before a competition. When attempting to peak an athlete for competition, the coach reduces the workload prior to the competition. This reduction in workload is considered a taper.

Traditionally, a taper is simply defined as a reduction in training workload prior to a competition. Mujika and Padilla defined a taper as “a progressive non-linear reduction of the training load during a variable period of time, in an attempt to reduce the physiological and psychological stress of daily training and optimize sports performance”. This definition expands on the traditional definition by including some implications for the design of the taper.

Primary Aim of a Taper

The goal of a taper is to optimise the athlete’s performance at a specific time, usually for their main event of the year. This is usually accomplished by systematically reducing the training load to decrease the cumulative fatigue (both physiological and psychological) that is generated in response to training while maintaining sport-specific fitness. The taper allows the athlete to reduce the internal load, thus elevating performance.

This contention is supported in the scientific literature, which shows that accumulated fatigue is reduced during a taper period while readiness slightly increases, thereby improving performance. As fatigue is dissipated in response to the taper, the athlete may realise significant positive psychological alterations, such as a reduction in perception of effort, improved mood, a reduction in sense of fatigue and an increased sense of vigour. These findings indicate that at the initiation of a taper, the physiological adaptations to the training programme have already occurred and are probably masked by accumulated fatigue, whereas the psychological adaptations will occur in response to the taper. Thus, the taper is a mechanism for decreasing both physiological and psychological fatigue, allowing for performance gains.

The premise behind a taper is to dissipate accumulated fatigue (achieving a higher level of readiness) while retaining fitness (preparedness).

The fitness–fatigue relationship is a central concept underlying the appropriate implementation of a taper. An athlete’s readiness to perform is variable because it is directly affected by changes in the levels of fitness and fatigue generated in response to training. Readiness is optimised by using training plans that maximise the fitness response while minimising the development of fatigue. When training workload is high, readiness is low as a result of a high level of accumulated fatigue.

Although the premise behind a taper is somewhat simple, the implementation of a taper is complex. If the duration of the taper is too long, the level of readiness achieved by the training programme can dissipate, resulting in a state of detraining and a reduction in performance level, as shown in the image below.

The interrelationship of fatigue, preparedness, readiness and taper length. During the taper, fatigue decreases rapidly, while preparedness is maintained for a little longer depending on the composition of the taper and the preceding workload. However, if the taper extends for too long, preparedness will dissipate until detraining occurs.

This reduction in training load can be considered a compromise between the extent of the training reduction and the duration of this reduction, which combine to determine the level of readiness to perform. If, for example, the training workload prior to the taper was very high, a greater reduction or duration of a taper would be necessary to maximise the decrease in fatigue required to elevate readiness. Thus, the taper is more than simply reducing the training load; it involves integrating many factors to elevate the athlete’s readiness and optimise performance.

There are many strategies for including a taper in an annual training plan. The key component of each of these strategies is to alter the training plan to reduce training load (i.e., training volume, intensity and even frequency). The effectiveness of these reductions in training load will depend on the duration of the taper and its relationship to the training load that preceded the taper. If the taper lasts too long, both fatigue and physical potential (preparedness) will be decreased, which would lead to detraining. In this situation, performance would not increase and the taper would be deemed ineffective. Therefore, the coach must understand the interactions of training intensity, the volume of training, training frequency and the duration of the taper.

Reducing training volume during a taper to reduce the training load is the method that is probably the most discussed in the scientific literature. The volume of training can be decreased during a taper by reducing the duration of each training session, reducing training frequency, or both. Decreasing the duration of each training session is preferable to reducing the training frequency, because the former appears to exert a greater effect on the effectiveness of a taper.

Although physiological adaptations can be maintained with 30% to 50% of pre-taper training frequencies in moderately trained individuals, it has been suggested that highly trained athletes may need a greater frequency of training during the taper period to maintain technical proficiency. These findings indicate that training frequency should be maintained at 80% or more of pre-taper training values to optimise performance outcomes and maintain technical proficiency (see Recommended Tapering Strategies). For alactic power sports (60m dash, jumps and throws in track & field, diving) a lower training frequency during the taper, achieved by placing more off days within the microcycles, could favour the myosin heavy chain rebound to the fast IIX phenotype, thus improving performance. It is a common practice in high-level team sports to plan 2 or 3 days off from training either during the first week of the taper or between the first and second weeks.

This approach is taken because team sport athletes usually enter the taper period before tournaments or cup finals in an overreaching state due to the long competitive season. For this reason, for professional and national teams, sports medicine practitioners are strongly advised to check the athlete’s testosterone-to-cortisol ratio and level of free testosterone (possibly checking them throughout the season for comparative purposes). The results give strength and conditioning coaches more information to use in establishing training load during the taper for each player.

The duration of a taper is probably one of the most difficult things to determine because many factors affect the taper. For example, the pre-taper training workload can significantly affect the length of the taper necessary to dissipate training-induced fatigue and elevate readiness. The amount of volume reduction or the pattern of reduction during the taper affects the duration needed to elevate readiness while maintaining high adaptation level (preparedness). If a larger reduction in training volume is used, then a shorter duration of taper would be warranted. Other factors (e.g., body weight, gender, weekly training hours and load-reduction strategy) influence the way the taper is planned.

Physiological, psychological, and performance improvements have been reported in the scientific literature for 1- to 4-week tapers, preferably 1-2 weeks for well-trained athletes. Several authors suggest that 8 to 14 days are necessary to dissipate fatigue and avoid the negative effects of detraining that might occur with a longer taper. However, it appears that the duration of a taper is highly individualised as a result of differences in physiological and psychological adaptations to reductions in training load. Therefore, it is recommended that the taper duration is individualised for each athlete (see Recommended Tapering Strategies).

The nonprogressive taper also called a step taper, is accomplished with standardised reductions in training. This taper is often marked by sudden decreases in training load, which can increase the likelihood of a loss of physical potential during the taper. Step tapers have been shown by many studies to improve both physiological and performance adaptations to training. However, the literature indicates that step tapers are less effective than either slow or fast progressive tapers. For example, Mujika and Padilla reported that step tapers result in a 1.2% to 1.5% increase in markers of performance, whereas exponential tapers result in a 4.0% to 5.0% increase in performance. Authors usually recommend that an exponential taper is used when attempting to peak an athlete’s performance for a competition.

The selection of the type of progressive taper will depend on many factors including the training load prior to the taper and the duration of the taper. However, it appears that the fast exponential tapers should be selected in most instances (see the Recommended Tapering Strategies).

When examining the scientific literature, it has been reported that a properly implemented taper can result in significant improvements in performance (0.5% to 11.0%) and muscular strength and power (8% to 25%) in runners, triathletes, cyclists and swimmers. When specifically examining competition measures, it appears that a 0.5% to 6.0% (~3.0%) increase in performance can be expected in response to a pre-event taper. Mujika and colleagues reported that during a 3-week taper prior to the 2004 Sydney Olympics, swimming performance was elevated by 2.2%. Interestingly, the magnitude of this taper-induced increase in swimming performance was similar to the differences between first and fourth place (1.62%) and third and eighth place (2.02%).

A properly implemented taper can result in significant increases in performance. The magnitude of the performance gains will be related to many factors, especially the type of taper selected. The appropriate taper may result in an elevation of performance (about 3.0%) that differentiates between first and third place at the Olympic Games, because the magnitude of taper-induced gains in performance is similar to that of the difference between first and third place in many sports.

Periodization 6th Edition Theory and Methodology of Training goes on to analyse annual plans for a variety of competitions which have different competition phases, training phases and preparatory phases. The book also has an in-depth section on how to maintain a peak.

Throughout the training phases, an athlete reaches higher levels of biomotor abilities development and technical and tactical skills, which form a training state called degree of training or preparedness. This training state is the stable component of the athletic shape, which is also affected by the exposure to high-intensity, specific training and competition, as well as the presence of residual fatigue. Residual fatigue greatly influences the athlete’s readiness to perform, or her capability of manifesting preparedness through high performance and ultimately her ability to reach a peak of performance.

The goal of a tapering strategy is to reduce training-induced fatigue and elevate readiness. When appropriately applied, the taper can improve performance by approximately 3%, which can make a large difference in the competitive outcome. To implement the taper, the coach should decrease the training load in an exponential fashion and decrease training volume as well, by about 41% to 60% in most instances. If, however, the pre-taper training load is very high, a greater reduction in training volume (60% to 90%) may be warranted. When training volume is reduced, training frequency should be maintained at 80% or more of the pre-taper values. The taper should last approximately 8 to 14 days. If the pre-taper training workload is excessive, a longer taper may be warranted; however, another strategy is to use a fast exponential taper that involves larger decreases in volume. During the taper period, the training intensity should be maintained or slightly increased to allow the athlete to maintain the physiological adaptations achieved during the pre-taper training.