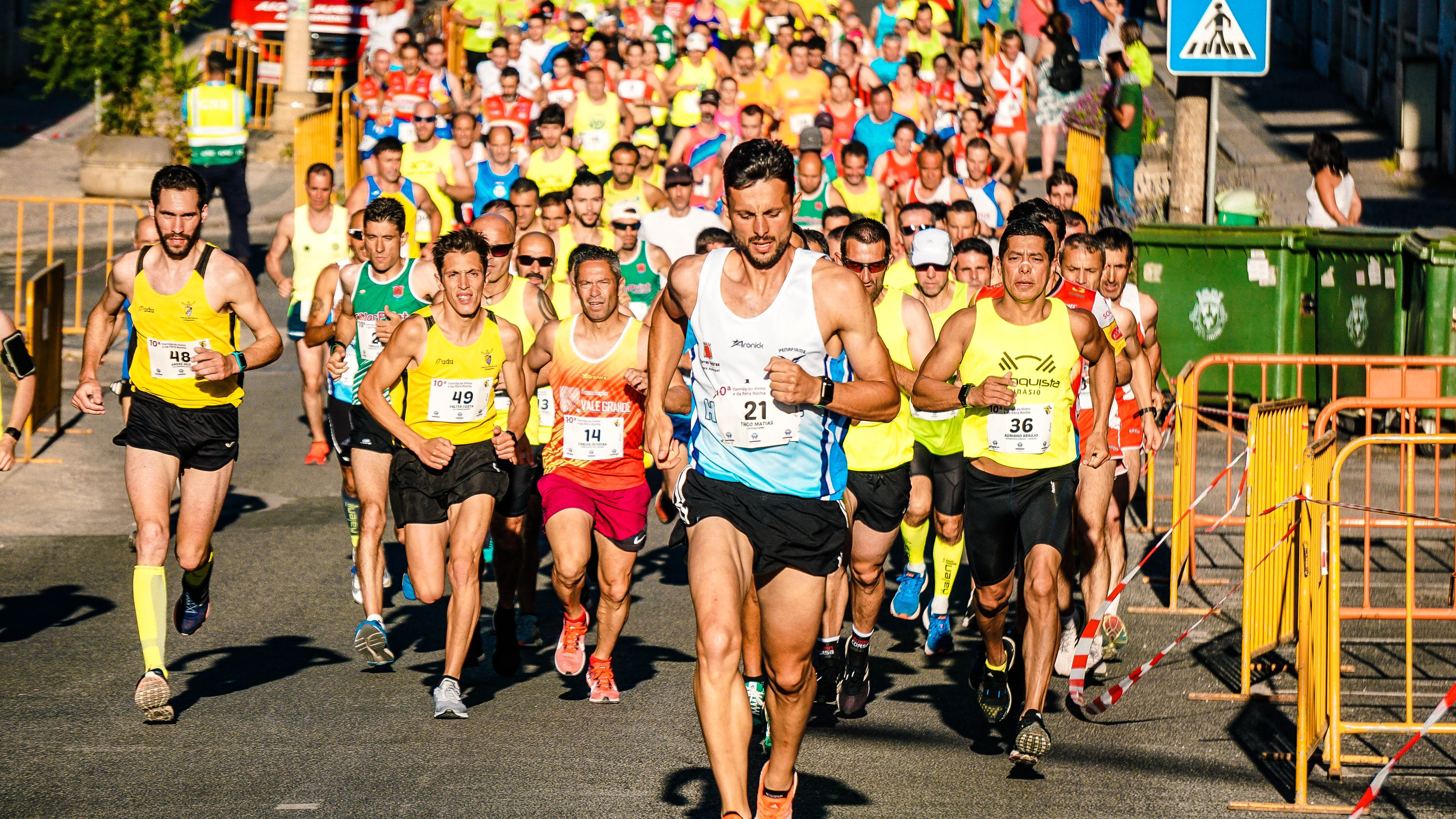 Running coach Jack Daniels has been described as ‘the world’s best running coach’ by 1968 Boston Marathon Winner and previous editor of Runner’s World, Amby Burfoot. In this post Jack Daniels provides what he has coined Daniels’ basic laws of running, adapted from the 4th edition of Daniels’ Running Formula.

Daniels has designed these laws in hopes of allowing runners of all levels of achievement to be able to optimise the benefits of training. Because runners respond differently to a particular coaching treatment, training program, or environment, these basic laws help evaluate and enhance individual training situations.

1. Every runner has specific individual abilities.

Each runner has unique strengths and weaknesses. Some runners have a desirable muscle fibre design, with a high fraction of slow-twitch endurance fibres, which leads to a high aerobic power output (high

O2max). On the other hand, another runner who does not have a particularly high

O2max may have outstanding running economy because of ideal mechanics. Daniels’ believes that runners should spend a good deal of their training time trying to improve known weaknesses, but when approaching important races, the main emphasis should be taking advantage of known strengths. For example, a runner who feels weak in the area of speed but great in endurance should spend early and even midseason time working on improving speed, but in the latter weeks of training, put more emphasis on endurance to take advantage of what works best for this individual.

2. A runner’s focus must stay positive.

Do not dwell on the negative; try to find positives in all training sessions. For example, if a runner says after a workout that her run didn’t feel very good, it would not be wise for a coach, teammate, or training partner to say, “You sure looked bad running today.” A better approach is to find something good to refer to, such as “Sorry you weren’t feeling great today, but your arm carriage looked like what you’ve been working toward.”

3. Expect ups and downs; some days are better than others.

Even world-record holders and Olympic champions have occasional off racing days. Usually the longer the race distance, the less desirable it is to run a race when not feeling well. For example, you will need more time to recover from a marathon that you felt poor running than a 5K. I certainly would recommend even dropping out of a race when not feeling well, as opposed to struggling through a race knowing it will have to be some time before you are able to run well again.

4. Be flexible in training to allow for the unexpected.

Switch training days to accommodate unusual weather, for example. If you have a workout scheduled for Monday, and Monday’s weather is cold rain and high winds and Tuesday’s weather is predicted to be much nicer, put Monday’s workout off until Tuesday.

These goals pave the way to long-term goals. Long-term goals are important to have but may take years to achieve, so it is crucial to have smaller, more achievable goals along the way. Daniels likes to have his runners set goals for most races they run, and it sure is nice if the goals you set are fairly easy to achieve. For example, a goal for today’s race may be to start the race with a slower pace and see how many other runners you can pass during the race. Or maybe try a different warm-up for this race. It is possible to learn from mistakes as well as from success.

6. Concentrate on the task at hand.

Runners need to learn to focus on what they are doing and not spend too much time worrying about others. If you carry out your own plan to the best of your ability and get beaten by a few others, you just accept the fact that those others had a better day than you did. Your job now is to reflect on the event, and in your mind consider what you might do differently if you were to run that same race over again. We learn from losing just as often as (or maybe more often than) we learn from winning.

7. Most mistakes in races are made early in the race.

So often, especially in races that involve younger runners, the typical race sees the best runner go out too fast, and eventually slow considerably. However, the rest of the pack went with this too-fast leader and for them it was an even greater initial stress, and they all died worse than did the leader who still won and assumes that is the way to victory. The day that one of the third- or fourth-best runners in the pack takes a more evenly paced approach to the race is the day the best runner will be beaten.

8. Training should be rewarding.

It’s not always fun, but it should always be rewarding. Sometimes a particular workout may not feel so great, but if you understand the purpose of each workout, it is more likely that you will understand that progress is being made—and that is certainly rewarding. You should learn something useful from any race or workout you finish.

Rest and good nutrition are parts of training, not things that are done outside of training. I heard of a male runner whose wife gave birth to their first child at 5:00 a.m. and the father did not sleep one hour that night. Later that day the new father broke a world record in his event. I imagine his regular routine involved good sleep habits. Look at it this way: If you regularly eat and sleep well, one bad meal or poor night’s sleep will not have a negative effect on you. Also, if you regularly eat poorly or seldom sleep enough, one good meal or good night’s sleep won’t help much.

10. Don’t train when sick or injured.

Not following this law often leads to a more prolonged setback than if you’d taken a few days off to recover from an illness or injury.

11. Chronic health issues should be checked by a professional.

Feeling below par now and then is not so bad, but feeling consistently out of sorts is usually related to something that needs medical attention.

Sometimes a bad run is a fluke, but if you do run a great race, it is because you are capable of doing it.

The way to take advantage of these basic laws of running is to make them part of your everyday life as a runner. Over time, runners shouldn’t have to think about how they are treating themselves; following these laws becomes a part of daily life, and race results will reflect this benefit. On the other hand, not following these laws can lead to disappointment in running performance and even poor relationships with other runners.