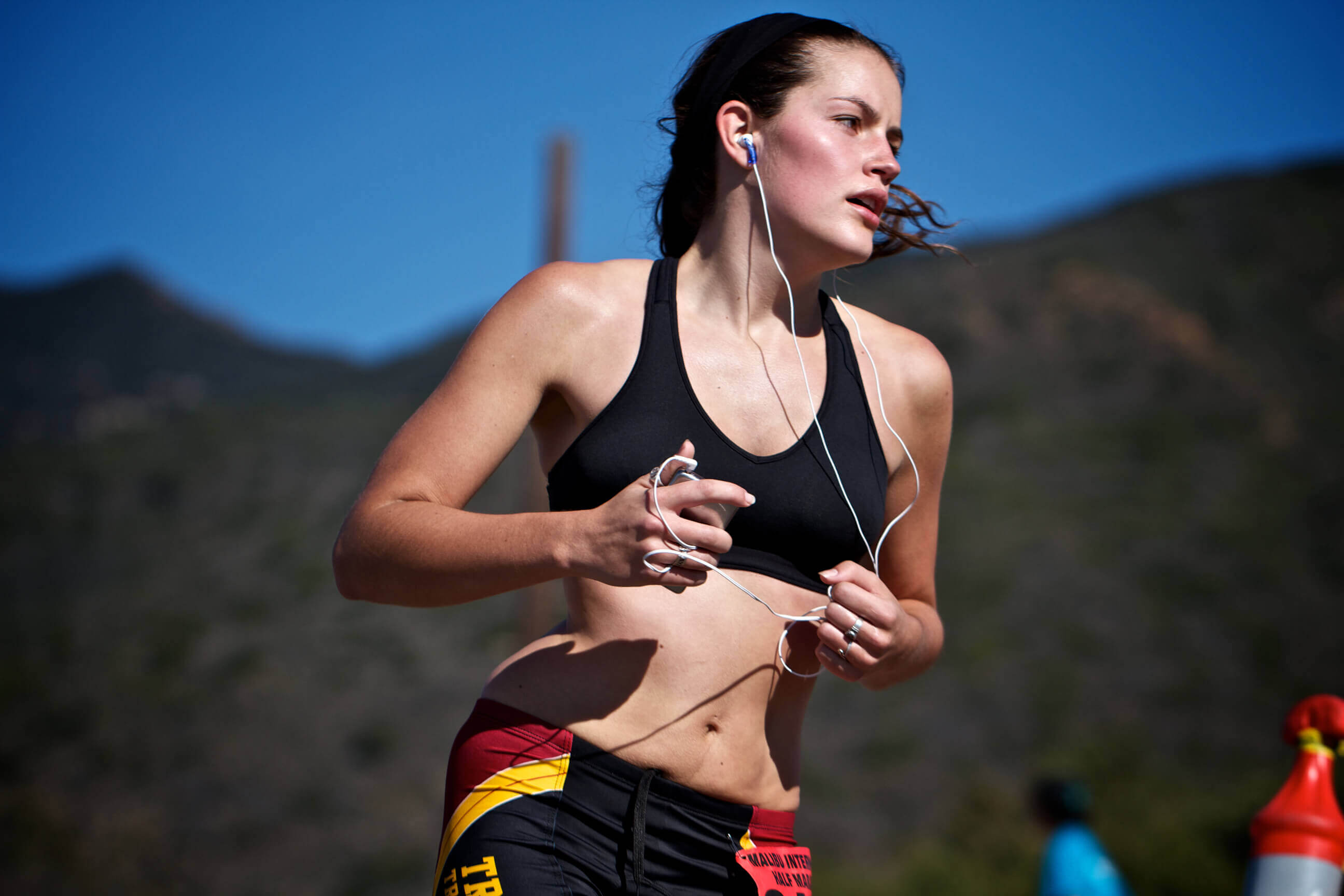 Can music make you run faster? According to Dr Costas Karageorghis, music is a “legal drug”, able to boost performance 20% and reduce effort perception 10%.

As head of Brunel University’s music in sport research department and the author of more than 100 academic papers on the subject including several published in the Journal of Sport and Exercise Psychology, Dr Karageorghis is well qualified to make these pronouncements.

He also practises what he preaches as the head coach of the British students’ athletics team.“Carefully selected music can make you more efficient by reducing your oxygen uptake by as much as 7 percent for the same performance,” he says, before listing a host of other benefits, from erasing the pain of exercise to banishing pre-race nerves.

Several elements are involved. The first is music’s ability to promote an optimal state of mental absorption that psychologists call “flow” (check out: Three simple steps to help you find your running flow). Which is why top runners such as Paula Radcliffe use music to prepare for intense training sessions.

“For a lot of elite athletes music is irrelevant,” Karageorghis says. “Research has shown that when you cross the anaerobic threshold, which happens at 70 to 80 percent of maximum heart rate, music is less effective.

Also, elite runners tend to be associators, which means they focus inwardly on regulating their bodies, rather than outwardly to stimuli such as music. Above 85 percent, silence may be golden.”

Backing this up are studies, including one from the University of North Carolina’s psychology and sport science departments. Researchers found that “listening to fast, upbeat music during exercise may be beneficial for untrained runners but counterproductive for trained runners”.

So, can music make you run faster?

So when it comes to the question ‘Can music make you run faster?’ the answer is clear. Unless you’d class yourself as an elite athlete (wouldn’t that be nice?) the answer is a resounding yes!

Just make sure you don’t overdo the volume. If you’re running outdoors loud music can make you less aware of your surroundings. And if you’re hitting the treadmill remember, Gym visits shouldn’t be workouts for the ears.

Source: The Journal of Sports and Exercise Psychology

Dr Costas I. Karageorghis is the author of Applying Music in Exercise and Sport and Inside Sport Psychology. Both books are available to buy now from humankinetics.com.