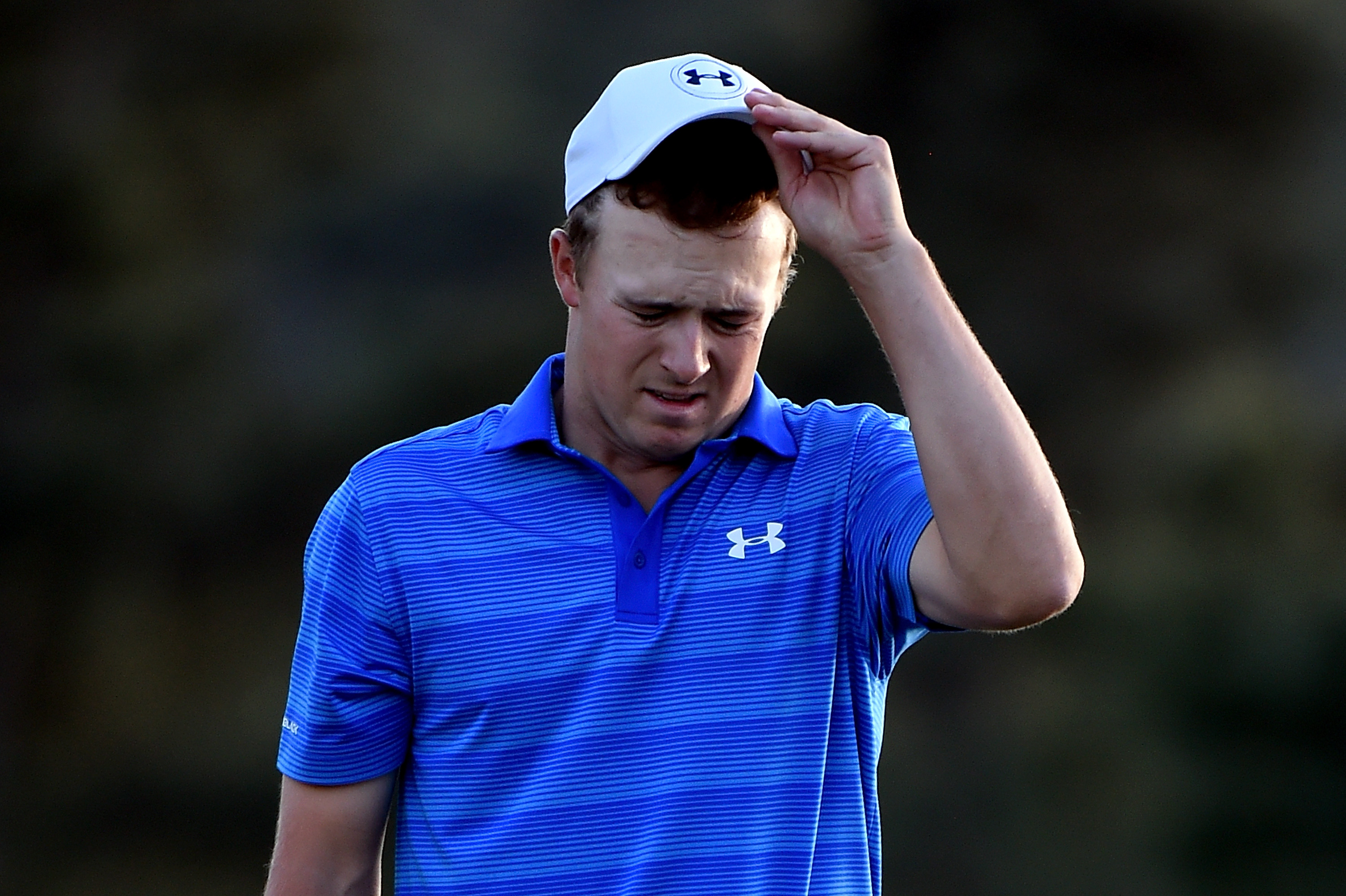 Danny Willet has become the first British champion of the Masters for 20 years, the last being Nick Faldo in 1996. With the general rejoicing of Willett’s victory, it’s all too easy to forget those for whom the tournament didn’t turn out quite so well. Spare a thought, if you will, for former world number one, Ernie Els who endured nightmarish first hole at this year’s tournament. It took poor Ern nine shots at the par four (including six putts!). The full horror of this ordeal can be witnessed again below, although golfers of a more nervous disposition may wish to look away now…

Of course the annals of golf history are littered with similarly calamitous examples of misfortune, and worse. Left licking his wounds also was defending champion Jordan Spieth. Going into the weekend Spieth had been in the lead, but in the final round he suffered a collapse at the 12th hole, allowing Danny Willett the chance to take advantage. Willet finished just three shots ahead of Spieth and Lee Westwood.

What makes these events even more intriguing is that Willet wasn’t even planning on playing until the very last minute. But when his wife went into early labour with their first child he was able to make the tournament. Now after becoming a father for the first time, many would have forgiven Willet for being a little preoccupied. Even Andy Murray managed a two week break after the birth of his daughter. But just 12 days after this life changing event, Willet achieved what most golfers can only dream. Any onlooker could only admire the nerveless manner in which he played the last two holes. Willett grasped the opportunity with confidence while Spieth, who had come so tantalisingly close, was left with a handful of nothing. What do these events teach us?

The modern word tantalize comes from the fable surrounding Tantalus, a character from Greek mythology. According to legend, the gods saw to it that Tantalus, who had committed acts of treach

ery, would spend eternity standing in a pond of water. Each time he bent down for a drink of water, the pond would recede and stay just beyond the reach of his cupped hands. Similarly, fruit trees hung over his head, yet when he would reach for a piece of fruit, the branches would rise and remain just beyond the reach of his hands. His story is one of temptation without satisfaction, of eternal deprivation.  In a manner similar to Tantalus’ punishment, golf has a way of teasing the mind and keeping the prizes just out of reach, at least for a while.

A common phrase among golfers of all levels is, “I am so much better than my scores are showing.” It’s another way of saying, “I am so much better than I am playing.” Most golfers spend the bulk of their playing lives in some version of purgatory—not quite hell, not quite heaven. They play OK, but not quite at the level of their potential. They know that they can do better but only rarely get into flow and play as if inspired.

Golfers feel most like Tantalus during the often-cruel moments when they are extremely close to a sought-after achievement, be it a personal best score or an elusive first victory. They get right up next to it only to watch it recede. The belief that they are on the verge of the win, that they are so close they can almost taste it, lives on in their minds and keeps golfers awake at night.

Anyone who watched the 2007 British Open understands that Tantalus plays golf. Sergio Garcia, who led the first three rounds of the tournament and began the day with a three-shot lead, couldn’t will a putt into the hole. Needing to make a par for his first major championship victory, Garcia had a 10-foot (3 m) left to righter for his first major title. As he had been doing all day, he hit a perfect putt. The high-definition coverage captured every moment of the ball’s journey as it came off the putter face perfectly and rolled on a direct line to the hole. The ball rolled closer and closer to the hole and began to disappear. It seemed certain that Sergio had won his first major championship! But then the ball that was halfway into the hole hopped back out. Again, golf allowed Sergio to taste the thing that he wanted most, a major championship, but then kept the full satisfaction of the win just beyond him.

Great careers in golf are characterised by close calls and near misses. The game’s greatest, Jack Nicklaus, is known for winning 18 major championships. More interesting from a psychological point of view is that he was able to cope with many near wins. The numbers are telling; over the course of a 45-year career, Nicklaus played in 163 major championships. He finished top 10 in 73 of them. Although he did win 18 of those, he also came close to winning 55 other times. Of those 55 top 10s without a win, 19 were second-place finishes. It is the coming close, the Tantalus, that so often causes golfers to drink too much, get divorced, change their swings, fire their coaches, or quit the game altogether. I’ve seen my share of all those reactions.

Greg Norman’s career was defined by its own version of Tantalus’ punishment. Norman finished in the top 10 in 30 major championships, more than 30 percent of those that he entered. Despite his two major wins, historians of the game universally see his dramatic failures as being the distinguishing features of his career.

In 1986 Norman went into the final round of every major championship with the lead, a feat now often called the Norman Slam or the Saturday Slam. At the Masters that year, needing only a par to secure a playoff spot, he made a bogey. He shot a final-round 75 at the U.S. Open and a final-round 76 at the PGA Championship to fall out of contention in both tournaments. Even more characteristic is Norman’s record at the Masters. In 1987 in a playoff, Larry Mize chipped in from 45 yards (40 m) away to snatch a victory from Norman. In 1989, coming into the 72nd hole Norman again needed a birdie to win and a par to get into a playoff. He teed off with a 1-iron, made bogey, and again fell a shot short. The epic, and most memorable failure in his career (and some would argue in the history of golf) came at the 1996 Masters. He opened with a course record 63 that propelled him to the top of the leader board, where he remained for three days. With five previous top-five finishes at Augusta and a six-shot lead, Norman seemed like a sure thing. The media were convinced that even someone with luck as bad as Norman’s could not lose a six-shot lead. Norman’s long-awaited Masters victory was about to materialize.

Rather than take you through every cruel moment of that round of golf, I’ll let you consult the history books. I will leave you with a paragraph from the Sports Illustrated column, April 1996, written by Rick Reilly:

“Golf is the cruellest game, because eventually it will drag you out in front of the whole school, take your lunch money and slap you around. Golf can make a man look more helpless than any other sporting endeavour, except perhaps basketball when you air-ball a free throw in the clutch, and nobody we know has air-balled free throws for an afternoon on national TV. Norman shot 78. He had taken his glorious victory parade and driven it off a pier.”

This article was adapted from an excerpt of Golf Flow by Gio Valiante. In Golf Flow Valiante, a performance consultant whose golfers have won over 50 PGA Tour events, provides proven strategies to orient the mind, harness thoughts, and enter a flow state—or optimal performance zone—in which time, control, effort, and awareness seem both suspended and intensified.

Order your copy today at humankinetics.com.