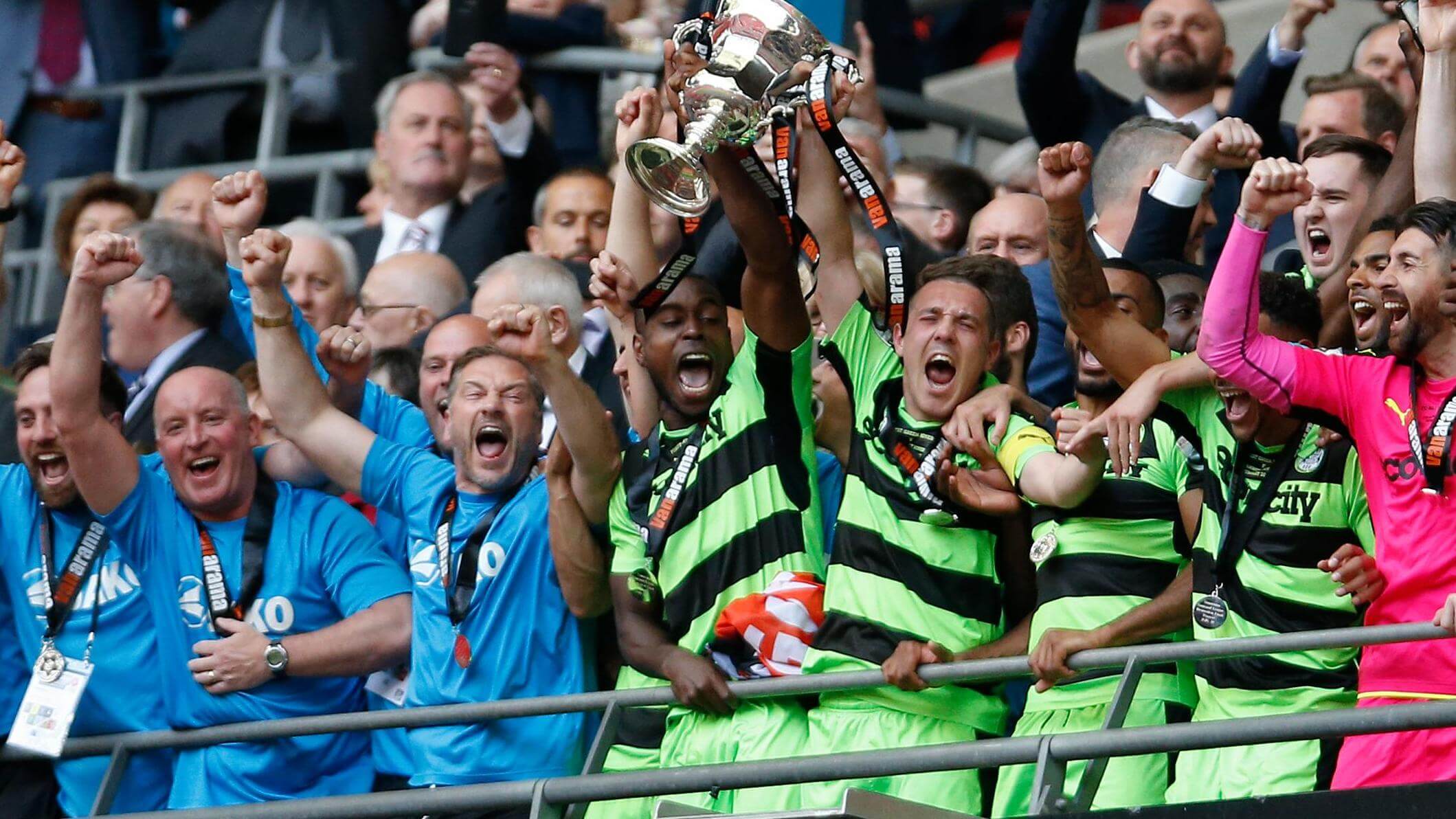 On Sunday 14th May 2017 the world’s greenest football club (as recognised by FIFA) Forest Green Rovers won promotion to the English Football League. They are also all vegan and the only known professional vegan football team! Known as the ‘little club on the hill’ the Nailsworth-based club are not only the greenest club but they are also the smallest town to have a professional football club with a population of just 5,794 people.

The club’s innovative way of thinking is undoubtedly charming, even the address of Forest Green’s stadium hints at alternative thinking: The New Lawn, Another Way, Nailsworth, GL6 0FG.

The ground itself is powered by solar panels and the pitch is eco-friendly and uses no chemicals. The ‘organic’ playing surface, spread with cow manure, is thought to be the first in the world. The club also has plans for a new eco stadium and a 100-acre sports and green technology centre – all next to junction 13 off the M5.

Perhaps the most fascinating aspect to Forest Green’s success is their nutritional habits. The club went full vegan in June 2014 with no meat, fish, dairy or animal products available to players at the training ground or before matches.

If you find yourself at the New Lawn don’t expect a meat pie with your pint at halftime as no meat products will be available at the stadium for supporters either. Is vegan football the future?

Recent reports have actually shown that vegetarian and vegan food is on the rise. One new report suggests that so-called “flexitarianism” has fuelled demand for meat-free products as consumers choose to cut down on meat. Sales of items such as vegetarian sausages, burgers and other meat substitutes rose by 6.4% in the past year to £284m. Vegetarian sausages have proved to be the biggest individual sellers, worth £47m a year.

What next for the Green Army

In the short term, the tiny club from the Cotswolds can look forward to playing their much bigger neighbours Swindon Town who played in the Premier League in the 93/94 season. They will also be going to the Ricoh Arena, a stadium that holds over 32,000 people to play Coventry City in League Two after their relegation from League One.

Club Chairman Dale Vince, has ambitious plans for the club to one day compete as high as the Championship and on Sunday he was quick to continue looking up the football pyramid declaring that getting into League One “will be easy” for the Green Army. It certainly looks like the vegan football team aren’t going into League Two with just the aim of survival.

Nutrition for Sport, Exercise and Health