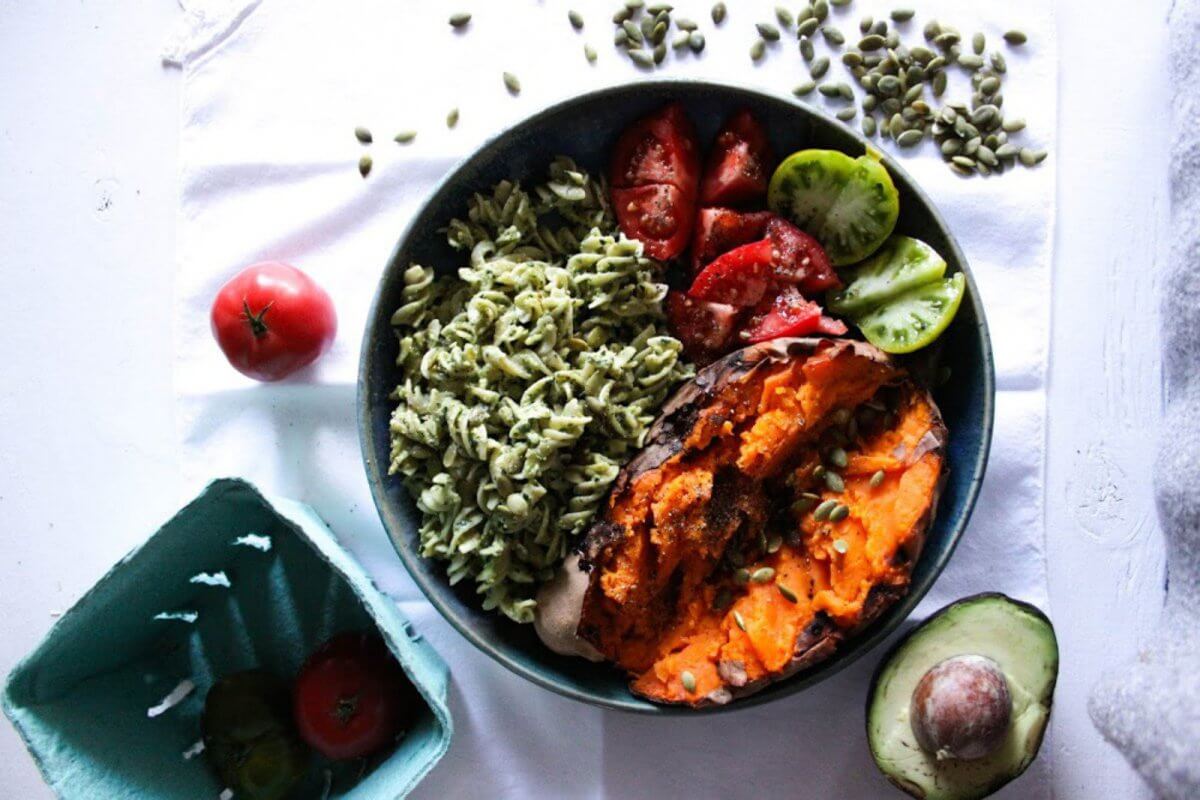 Brand new research from the International Journal of Sport Nutrition and Exercise Metabolism analysed the diet, in-particular the daily consumption of macronutrients of elite professional footballers. There are three macronutrients, these are Carbohydrates, Protein and Fat. These are essential for the body in order to survive and function. The amount and timing of macronutrient intake is particularly important for an elite athlete. The research is taken from an article titled Daily Distribution of Macronutrient Intakes of Professional Soccer Players From the English Premier League.

Demands of an elite footballer

The elite professional football (soccer) player will often compete in two games per week as well as partake in three to five training sessions a week. The sports nutritionist must ensure that the players are at peak health throughout the season. Players must have sufficient energy intake in order to promote match day physical performance and recovery. A typical football season lasts nine months (not to mention the possibility of a World Cup or other internationals during their 3-month break).

In relation to professional players of the English Premier League (EPL), the author recently observed (in a companion paper) self-reported mean daily carbohydrate (CHO) intakes of 4.2 and 6.4 g.kg-1 body mass on training days and match days, respectively (Anderson et al., 2017). On this basis, the authors, therefore, suggested that elite players potentially under-consume CHO when compared with those guidelines that are considered optimal to promote muscle glycogen storage (Burke et al., 2011). Nonetheless, in order to provide more informative dietary guidelines (as opposed to total daily energy intake per se), there is also the definitive need to quantify the daily “distribution” of energy and macronutrient intakes.

Therefore the authors have looked at protein and fat as well as CHO in this study. They also looked at the importance of timing.

Players of different positions on the field took part in the study. These included 1 wide defender, 1 central defender, 2 central midfielders (1 defending and 1 attacking), 1 wide midfielder and 1 centre forward. All six players who took part in the study have represented their respective countries at national level. All players remained injury free for the duration of the study.

The players were told to keep a food diary and take pictures of their food to monitor the portion size. Their meals were also cross checked using a 24-hour recall by the lead researcher after one day of entries. As such, the lead researcher used these three sources of energy intake data in combination to collectively estimate daily energy and macronutrient intake/distribution. To obtain energy and macronutrient composition, the Nutritics professional diet analysis software was used.

Energy and macronutrient intake was further assessed in relation to the timing of ingestion. Meals on training days were split into breakfast, morning snack, lunch, afternoon snack, dinner and evening snack. Time and type of consumption were used to distinguish between meals.

Energy and Macronutrient Distribution Across Meals on Training Days

Energy and Macronutrient Intake Across Meals on Match Days

The Analysis, Discussion and Science

Having previously quantified the daily “total” energy intake and expenditure of the players studied here (Anderson et al., 2017), the aim of the present study was to subsequently quantify the daily distribution of energy and macronutrient intakes on both training and match days. Importantly, findings show that players adopt a skewed approach to feeding on training days. CHO and protein intake are consumed in a hierarchical manner of dinner>lunch>breakfast>snacks. Findings also show that players tend to under-consume CHO on match days in relation to pre-match and post-match meals, especially in recovery from an evening kick-off time.

The data highlights the importance of obtaining dietary data related to distribution (as opposed to total daily energy intake per se, Anderson et al., 2017) given the implications related to components of training adaptation, performance and recovery.

In the author’s companion paper (Anderson et al., 2017), it was reported that the players practised elements of CHO periodization such that total daily CHO intake was greater on match days (i.e. 6.4 g.kg-1 BM) compared with training days (i.e. 4.2 g.kg-1 BM). Although such CHO periodization strategies may be in accordance with the principle of “fuel for the work required” (Impey et al. 2016; Bartlett et al., 2015; Hawley & Morton, 2015), this paper suggested that players were likely under-consuming CHO in terms of maximising match day physical performance and recovery.

Given that the present study was conducted during a two game per week schedule, there was the obvious nutritional requirement to maximise muscle glycogen storage in the 24-48 hours after each game (Krustrup et al., 2006; Bassau et al., 2002). It was also observed that CHO intake would be considered sub-optimal in relation to maximizing rates of post-match muscle glycogen re-synthesis (Jentjens & Jeukendrup, 2003). Indeed, in contrast to the well-accepted guidelines of 1.2 g.kg-1 body mass for several hours post-exercise, the researchers observed reported intakes of <1 g.kg-1 in the immediate period after match day 1 (i.e. the night-time kick off). Such post-game intakes coupled with the relatively low absolute daily intake (i.e. 4 g.kg- 1 ) on the subsequent day (Anderson et al., 2017) would inevitably ensure that absolute muscle glycogen re-synthesis was likely compromised, an effect that may be especially prevalent in type II fibres (Gunnarsson et al., 2013).

It is noteworthy, however, that the high absolute protein intakes consumed in the post-match period (i.e. >50 g) would likely potentiate rates of muscle glycogen re-synthesis when consumed in the presence of sub-optimal CHO availability (Van Loon et al., 2000). Despite the observation of CHO periodization during the weekly micro cycle, we previously observed (Anderson et al., 2017) consistent daily protein intakes (approximately 200 g per day), the magnitude of which was higher than that typically reported (<150 g/day) previously for adult (Maughan, 1997; Bettonviel et al., 2016) and youth professional male soccer players (Naughton et al., 2016). Similar to CHO intake, however, it is also prudent to consider the daily distribution of protein feeding given that both that skewed and sub-optimal intakes at specific meal times can reduce rates of muscle protein synthesis (Areta et al., 2013; Anderson L et al. Mamerow et al., 2014).

Recent data suggest that the timing and even distribution of daily protein doses may have a more influential role in modulating muscle protein synthesis when compared with the absolute dose of protein intake, an effect that is evident in response to both feeding alone (Mamerow et al., 2014) and post-exercise feeding (Areta et al., 2013). In this regard, the authors observed a skewed pattern of daily protein intake in that absolute protein was consumed in a hierarchical order where dinner>lunch>breakfast>snacks.

Where improvements can be made

Based on recent data suggesting that trained athletes (especially those with higher lean mass) may require protein doses of approximately 40 g (MacNaughton et al., 2016) as well as the importance of protein feeding prior to sleep (Res et al., 2012). The author’s data suggests that breakfast and morning, afternoon and bedtime snacks are key times to improve for the present sample. They acknowledge, however, that protein requirements (both in absolute dosing and timing) should be tailored to the specific population in question in accordance with the timing of training sessions, training load and individualised training goals.

Despite the novelty and practical application of the current study, this data is not without limitations, largely a reflection of the practical demands of data collection in an elite football setting. Firstly, this study is reflective of only six players from one team only (albeit reflective of a top EPL team) and hence may not be representative of the customary training and nutritional habits of other teams.

Secondly, the author’s deliberate choice to study a two-game week scenario (highly relevant for elite level players) may not be applicable to players of lower standards.

Thirdly, as with all dietary analysis studies, the data may be limited by both under-reporting and inter-researcher variability in the ability to assess dietary intakes. Indeed, whilst no significant group mean changes in body mass were observed over the data collection period, two of the subjects did appear to under report whereas four of the subjects reported energy intake data that was comparable (within 200 kcal) to energy expenditure data.

Finally, both of the games studied here represented home games and hence the nutritional choices are likely to be influenced by the philosophy and service provision of the club coaching and catering staff. In summary, they simultaneously quantified for the first time the daily distribution of energy and macronutrient intakes of EPL soccer players on both training and match days.

So what can we conclude from this post on macronutrient intake of professional footballers? The data suggest’s that players may benefit from consuming greater amounts of CHO in both pre-match and post-match meals so as to increase CHO availability and maximise rates of muscle glycogen re-synthesis, respectively. Furthermore, it was also observed that daily protein intake was consumed in a hierarchical manner such that dinner > lunch > breakfast > snacks. Attention should also be given to therefore ensuring even distribution of daily protein intake so as to potentially promote components of training adaptation.

For full details on how the analysis was performed and the results check out the journal Daily Distribution of Macronutrient Intakes of Professional Soccer Players From the English Premier League.

If you liked this post, you may also like How diet and lifestyle choices impact athletic performance and risk of infection. This is also a blog about the nutrition of a professional footballer and how the Premier League player was getting his diet wrong. With simple changes, he improved his performance and immunity. Also, if you are a football fan, don’t forget to join our Fantasy Football mini-league on fantasy.premierleague.com. The code is 18915-56262, for more information on prizes etc, check out our post Join our Fantasy Premier League mini-league.