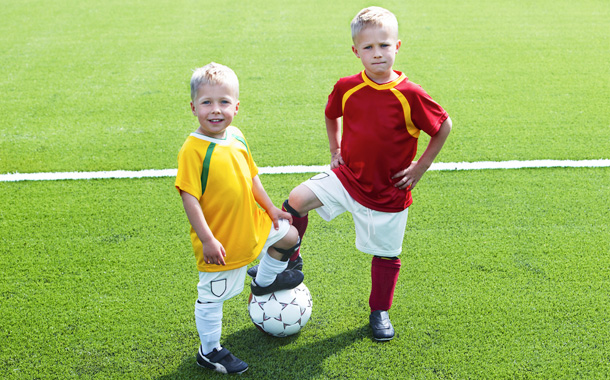 Is there a maturational threshold in young athletes? How reliable are studies on this? And why the widespread reliance on VO2max?

On Wednesday 21st February 2018 Dr Melitta McNarry presented a webinar on Exercise Training in Youth: What do we know? which you can view on the Human Kinetics website. Following on from this she has put some of her findings onto paper for this article for Human Kinetics.

An optimal age for training?

For many decades, a debate has surrounded the concept of an optimal age or maturational stage at which exercise training will be most effective or, even, prior to which it is ineffective. Indeed, this premise has been become a widespread dogma, to the point that it has been integrated as a central tenant to the long-term athlete development models adopted by many National Governing Bodies. However, a growing body of work points to the falsity of this theory, providing empirical evidence that no such maturational threshold is manifest in the physiological response to training during childhood and adolescence.

Although studies may be highlighted that appear to support the presence of a maturational threshold in young athletes and youth trainability, it is important to consider the methodologies of those studies and their potential implications for the interpretation of their findings. Specifically, much of our early and indeed more recent, understanding of the influence of training on youth is based on cross-sectional studies which fail to account for the potential influence of genetics and a predisposition towards a certain physiological profile. Furthermore, many of these studies have relied on chronological age which provides little insight into maturational status given the considerable, and well-recognised, inter-participant and inter-system variability in the onset, tempo and duration of maturation. This lack of consideration of maturation as an independent determinant of performance is further compounded by the pooling of data from boys and girls when indeed girls have even been included in the studies! Dr McNarry states that, one must consider the training itself and whether it could truly be expected to elicit a training response, especially when tested on a different exercise modality as some studies have utilised.

Having considered the discrepancies and omissions that limit our conclusions, perhaps the final part of this post should consider one highly consistent, but arguably equally hindering, methodological element in the form of the widespread reliance on maximal oxygen uptake (VO2max). Whilst undeniably an essential and fundamental paradigm in the evaluation of cardiorespiratory fitness and the efficacy of stimuli intended to alter this, the reliance, almost to the exclusion of all other measures of cardiorespiratory fitness, on this parameter in youth is, at best, mistaken. Given the highly-intermittent nature and/or short duration of many sporting events, surely our efforts to ascertain the influence of training should be focused on a measure derived from and that underpins our ability to undertake, such efforts? In light of this and their highly sensitive nature to both advantageous and deleterious stimuli, one can therefore only advocate a greater consideration of the dynamics of the transitory oxygen uptake kinetic response. Maybe expanding our view of the relevant outcome measures beyond VO2max will allow us to finally delineate the influence of training throughout growth and maturation.

To conclude, to truly answer the question of the trainability of youth, longitudinal studies that span the maturational stages and involve an adequate training dose and an appropriate outcome measure are desperately required. Until this evidence is available, little progress can be made regarding research-informed optimisation of training for youth athletes.