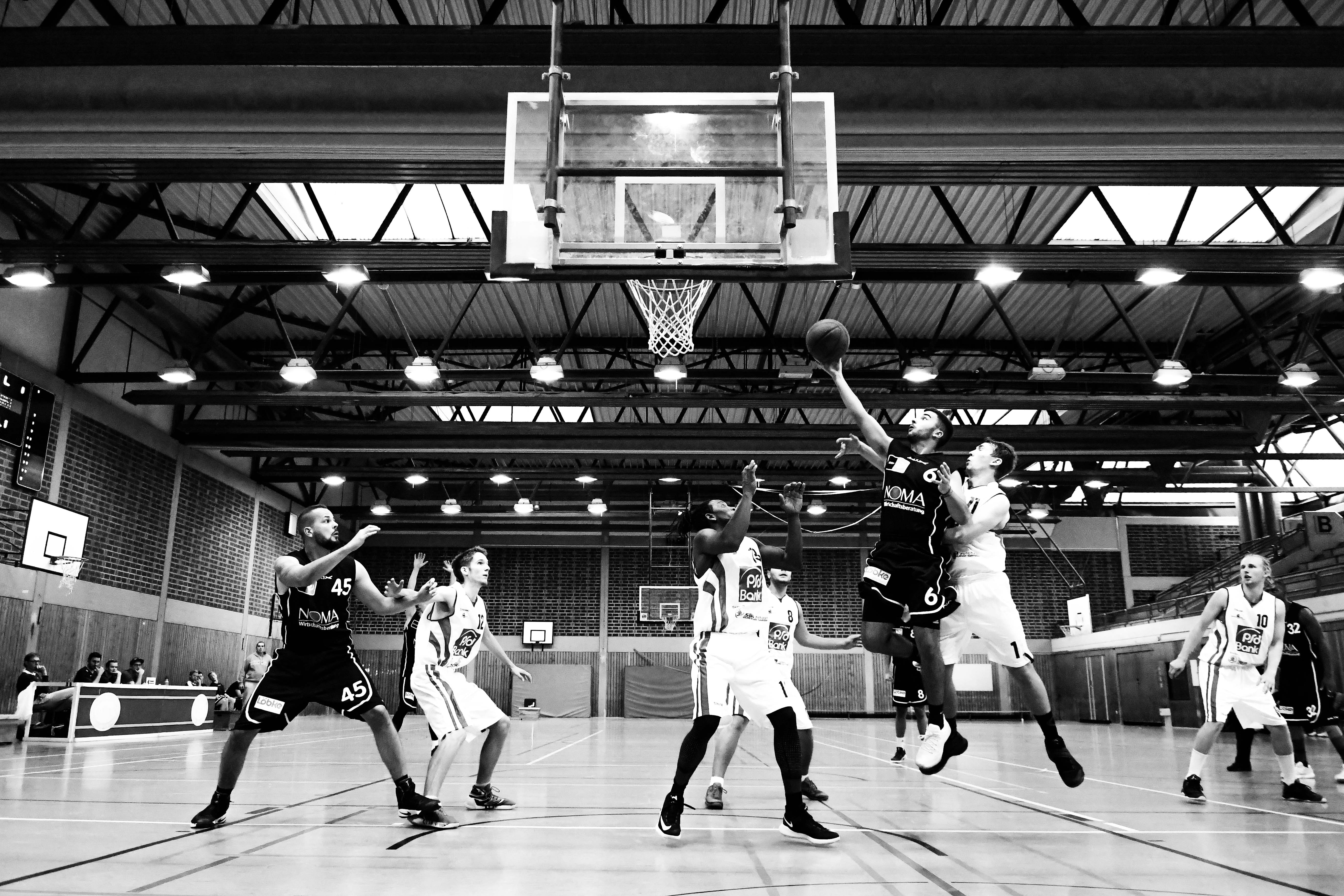 Shooting is a fundamental skill in basketball. Every player wants to score. Here are some basketball shooting drills to help teams do just that.

Shooting is one of the skills that players enjoy the most and want to practice more. It’s great because players can practice it alone and get immediate feedback. Most coaches believe all players can become good at shooting with a lot of practice. However, great shooters must also need to have special physical talents. Although, any player can become a good shooter and an excellent free-thrower with enough practice. That’s why players and coaches are always on the lookout for basketball shooting drills.

One of the two basic objectives of basketball is to get a good shot and score. The other objective, of course, is to stop the other team from doing the same. In this blog post, taken from Basketball Skills and Drills, 4th Edition you’ll find some great basketball shooting drills to help you get a good shot every time.

Coaches need to be creative in developing basketball shooting drills. They should be sequential and progressive, as well as include all the basics of shooting. Coaches also play a vital role in influencing athletes as explained in What is the role of coaches and how can they influence athletes?

This drill helps teach shooting in a simulated game situation.

This a form shooting exercise with no ball and no defender (the ball is added later). Players should ioned in four lines in the baseline formation. In this drill, players execute a quick stop in shooting position after jumping from the foot closest to the basket. Later, the drill can be done using a ball and an underhand spin pass or a dribble.

This drill gives players a daily drill they can use to perfect free-throws.

This drill consists of four parts:

3. Footwork and Field Goals (for Free-Throw)

This drill combines competitive shooting with footwork and movement.

Make a shot fake and then create a shot from a dribble drive or live ball move. Then make a completion move to the basket, ready for a possible rebound. Finally, finish with a put back or by taking the ball from the basket and repeating the drill.

Possible goals for this game include making a certain number of shots in a row and avoiding consecutive misses for a certain amount of time or number of attempts. The player with the ball can select any field-goal situation and any move.

Teaches shooting in a 2-on-0 game simulation drill that covers all shooting situations.

This continuous, competitive shooting drill involves multiple principles of movement including passing, catching, shooting and offensive rebounding. Players are grouped in pairs (one or two pairs per basket). The basic rules are as follows:

This drill provides perimeter players with a long layup attack-the-basket drill from the middle of the court.

A perimeter player starts with a live-ball or dribble move from top of the key on the free-throw-lane alley to draw the shot blocker away from the basket for a pass-down or to take a long layup, one-hand ‘runner’ off the backboard. After the long-layup skill has been achieved on the move without a defender, a shot blocker can be added to the 2-on-1 situation. The shot blocker can fake-help or help to block the long-layup, this forces the attacker to use a dump-down pass to a cutting or posting teammate.

For more shooting drills, as well as drills for dribbling, passing, catching and rebounding, check out Basketball Skills and Drills, 4th Edition.