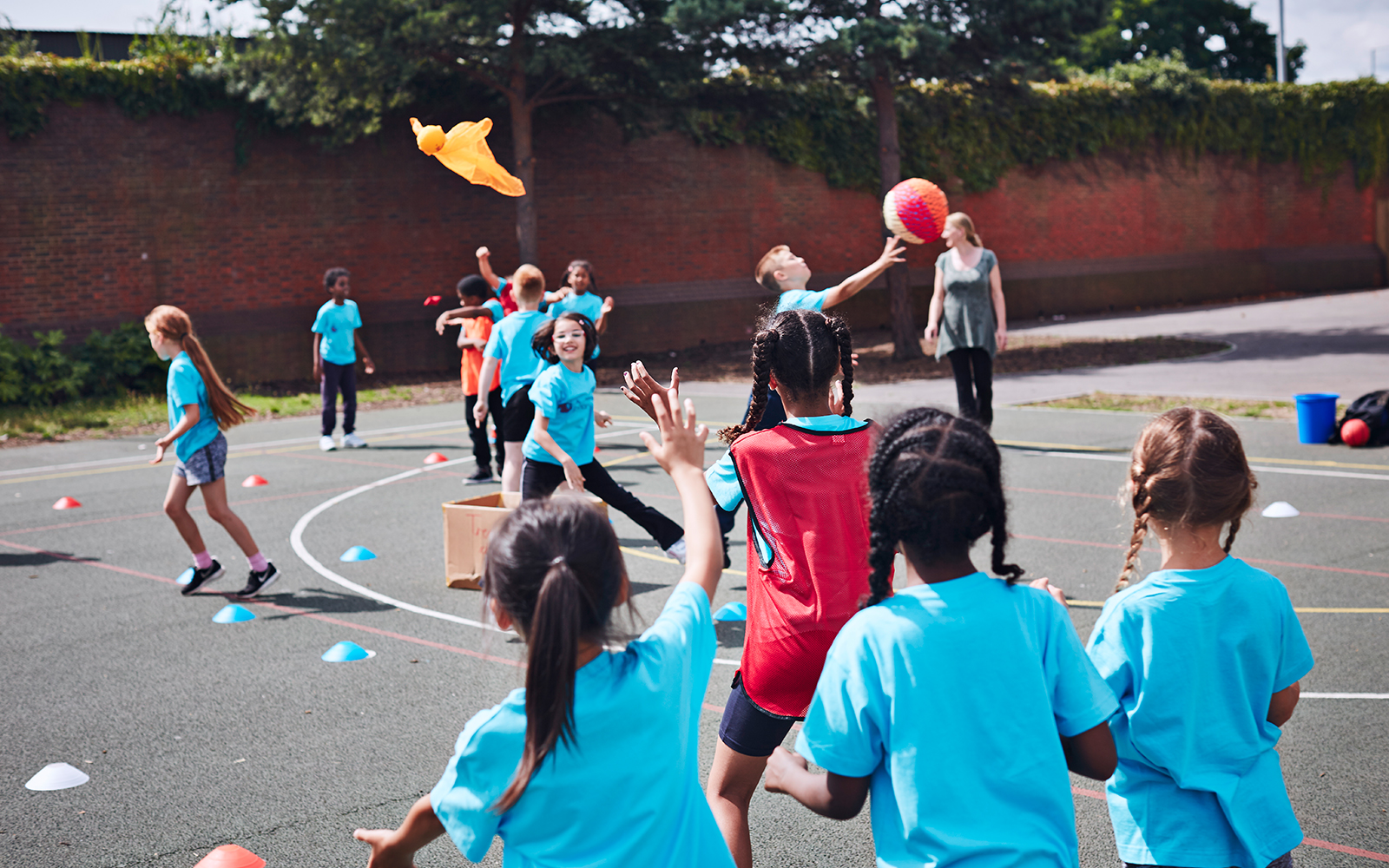 Finding effective ways to teach children physical education can be tough. Ability grouping in PE is a big talking point, but is it effective?

Putting children into ability groups in education settings not only has a long history but one that’s filled with controversy and conflicting opinions. Although several studies have highlighted the benefits of grouping by ability, others have listed the potential negatives and shortcomings.

New research from the Journal of Teaching in Physical Education has assessed the effects that ability grouping in PE can have on students’ game performance and overall physical activity.

The study’s aim was to examine the effects of ability grouping in PE on game performance and physical activity levels of elementary school students during an invasion game.

This study used a within-subjects design with students being used as their own control. Students were placed into one of two groups, either higher skilled or lower skilled. They then participated in a series of games that involved different team compositions.

The compositions consisted of:

To best compare the results of this study with previous work on ability grouping in PE, the study follows methods from Hastie et al., 2016. This study was undertaken in the same school as the Hastie et al. study.

For more information on how the students were selected see Effects of Ability Grouping on Students’ Game Performance and Physical Activity.

There was a disordinal interaction between skill level and ability grouping on each of three performance variables (percentage success, of play and game performance). Students’ skill level and homogeneity of games provided the best prediction of moderate-vigorous physical activity (MVPA) over and above the game performance scores alone. In the case of both higher and lower skilled students, MVPA was significantly lower when playing in mixed-ability games.

Results were initiated by determining whether the set of outcome measures (percentage success, rate of play, game performance and physical activity) would differ depending on a child’s skill level, ability grouping and gender.

Further information and more expansive results can be found in the original journal article.

The purpose of this study was to expand the previous research on ability grouping in physical education. The aim was to do this by increasing the variables under consideration and utilising a more robust design. The discussion points below will investigate how the findings of this study compare to those of previous studies.

The results of this study provide further evidence of the positive benefits that ability grouping can have. In terms of the three variables mentioned previously, lower-skilled children seemed to suffer more during heterogeneous gameplay. These findings echo those of Hastie et al. (2016). Lower skilled students saw a decrease in their success rates when playing with higher skilled peers. In particular, lower skilled girls were more at risk than their male counterparts. A larger decrease in success rates during mixed gameplay was highlighted. Given that a number of lower-skilled girls say they don’t enjoy game-based PE and are often hesitant to participate this isn’t surprising. (Oliver, Hamzeh, & McCaughtry, 2009; With-Nielsen & Pfister, 2011). One way of promoting engagement could be designing lessons where these girls play against those of similar ability, one by one.

In terms of throwing and catching, there were quite a few differences. There were times in the mixed-skill games when lower skilled players dropped passes or threw passes that were intercepted. However, when playing in homogeneous lower skilled games these interceptions and drops didn’t happen. This could be due to the lower skilled students’ inability to estimate the affordance of others. For example, players might overestimate their teammate’s ability to get to the ball. Or they could underestimate their opponent’s ability to step between the pass and its intended target. When a pass was dropped during mixed-ability gameplay, it could have been due to a higher skilled player being unaware of the lower skilled student’s lack of ability to catch passes made with a strong force.

Data also indicated that lower skilled players in mixed-skill games rarely received the ball. When they did, they had a lower success rate compared with matched-skill games. It’s likely that this resulted in reduced motivation.

Conclusion: Can students benefit from ability grouping in PE?

Similar to the study of Hastie et al. (2016), the results from this study provide evidence that students benefit from ability grouping in PE. This study also used a stronger design than the previous research. A within-subjects design allowed participants to experience both heterogeneous gameplay and homogenous gameplay. In addition, this study adds to the body of knowledge of ability grouping in PE by showing the impact it can have on students’ MVPA. Specifically, the figures show that lower skilled students were able to have a greater amount of time spent participating in MVPA during homogeneous game play compared to heterogeneous game play. Furthermore, higher skilled students saw the highest level of MVPA of the three different game types during homogeneous play. Plus, they experienced reduced levels of MVPA during heterogeneous play.

Finally, this study was able to use performance scores, skill levels, game type and gender to predict MVPA. A unique finding was that students’ gender didn’t contribute to the prediction of MVPA. This shows that a student’s skill level is a better prediction of MVPA that his or her gender.

For more information on ability grouping in PE follow the links to some further resources on the subject.