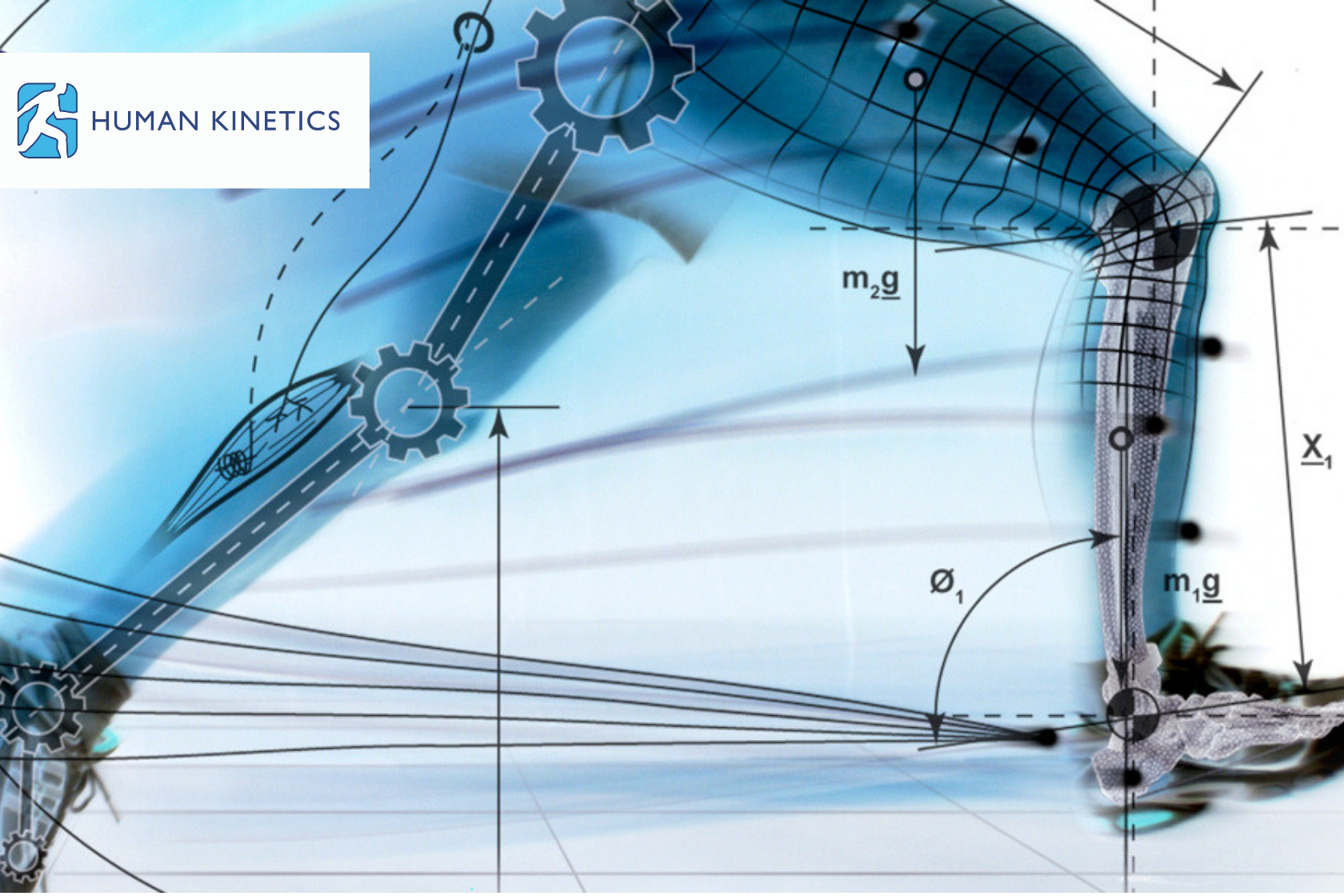 A bad running technique can lead to injury. This article will increase your knowledge of running gait mechanics and provide injury reduction techniques.

What are Running Gait Mechanics?

‘Running gait mechanics’ refers to running technique and form. Analysis can be undertaken to identify biomechanical abnormalities in the gait cycle. Minor changes in technique (or even footwear) can help prevent injury.

In the book, Running Mechanics and Gait Analysis, (which this post is adapted from) authors Reed Ferber and Shari Macdonald state that; Abnormal running mechanics are often cited as the cause of running-related injuries.

How to Influence Gait Mechanics and Reduce Injury

Many attempts have been made to alter a patient’s mechanical pattern to reduce or alter the loads experienced by the tissues and joint of interest.

Foot orthotic devices (such as shoe insoles or foot braces) are commonly used to attempt to modify abnormal running mechanics. If improper mechanics are the cause of an injury, when the patient returns to running, the problem will likely reoccur. However, few sports medicine professionals suggest altering the running pattern to reduce the risk of injury. In part, this is because locomotion is thought to be automatic and thus difficult to change.

From a historical perspective, therapists, coaches and clinicians have worked to alter movement patterns to increase performance and decrease injury. Indeed, if a runner is able to modify their gait patterns and correct the abnormal mechanics, the risk for further injury is likely to be reduced.

Here are three simple and proven tips on how to influence gait mechanics.

After eight weeks of feedback training, the patient was able to decrease her hip adduction and internal rotation as well as her knee abduction and rotation. These alterations led to a resolution of her symptoms. In addition, she maintained most of the changes six months later after the termination of the feedback training.

With the advent of real-time motion analysis, the mirror can now be replaced with a computer monitor. Markers are placed on segments of the lower extremity and any of the three dimension components of motion at any joint can be visualised on the screen. Through the use of targets, patients can use their real-time joint angles to improve their mechanics.

Studies show real-time feedback and alterations in biomechanical running patterns to be beneficial.

Crowell and Davis (2011) recruited ten runners who exhibited peak positive tibial acceleration greater than eight G (the force at which the leg hits the ground). This was measured using an accelerometer. Baseline biomechanical data were collected and the runners began the retraining sessions, which included eight sessions over a two-week period. The accelerometer was taped to the distal aspect (ankle) of the runner’s tibia. The signal from the accelerometer was displayed on a monitor in front of the treadmill.

Subjects were instructed to run softer by making their footfalls quieter and keep the acceleration peaks below a four G mark shown on the screen. After the retraining, the peak acceleration was reduced by 50% and the vertical force loading rates and the vertical force impact peak were approximately 30% and 20% lower, respectively. These authors reported that at a one-month follow-up these altered loading patterns were still apparent and concluded that this type of feedback training might reduce the runner’s potential for developing stress fractures. However, no further follow-up was provided.

Barrios et al. (2010) investigated whether the knee adduction moment, the torque produced to resist knee abduction movement pattern during gait, could be reduced. This type of study may be important since varus alignment and high knee adduction loading has been linked to the development of osteoarthritis (Brouwer et al. 2007).

Eight healthy, varus-aligned individuals underwent a gait retraining protocol over a one-month period. As a subject walked on an instrumented treadmill, their frontal plane knee angle was displayed in real time for feedback. After the retraining sessions, an 8° increase in hip internal rotation, a 3° increase in hip adduction, a 2° reduction in knee adduction angles and an 18% decrease in the knee adduction moment were reported. Based on these alterations, the authors concluded that a gait retraining may be a powerful approach to reduce medial knee joint loading during gait.

Finally, Noehren et al. (2011) investigated whether real-time feedback improves hip mechanics and reduces pain in subjects with patellofemoral pain syndrome (PFPS). Real-time kinematic feedback of peak hip adduction angle was provided for 10 runners over eight training sessions. After the protocol, hip internal rotation decreased by 21%, hip adduction decreased by 18%, and ground reaction loading rates decreased by 20%. There was also a significant reduction in PFPS pain and improvements in function after the protocol.

Overall, the results of these studies are positive and suggest that this approach is beneficial for rehabilitation and possibly for prevention of injury reoccurrence.

Electromyography (EMG) is another form of feedback that reports improvements in gait symmetry in terms of spatiotemporal parameters and joint motion patterns. (Burnside et al. 1982; Colborne et al. 1993; Colborne et al. 1994; Intiso et al. 1994). Finally, feedback on joint angles has been provided through the use of electrogoniometers for patients with genu recurvatum (hyperextension)..

An overwhelming majority of these studies have reported successful results. However, these techniques have not been widely reported on in the biomechanics literature.

There has been some positive research concerning alterations of movement patterns through strength training.

Snyder et al. (Snyder et al. 2009) reported that after a six-week hip strengthening protocol, healthy female runners exhibited a 13% gain in abductor strength, but the hip adduction angle during running increased by 1.4°, contrary their hypotheses which are noted in Running Mechanics and Gait Analysis.

Earl and Hoch (2011) recruited 19 female runners currently experiencing
Patellofemoral pain syndrome (PFPS). They participated in an eight-week programme to strengthen the hip and core musculature. After the protocol, significant improvements in pain, function and muscle strength were reported. There were significant improvements in the knee adduction moment, but no changes in peak knee or hip joint angles were reported, suggesting that knee joint loading was reduced with increased muscle strength.

Ferber and Macdonald the authors of Running Mechanics and Gait Analysis conducted a study involving 15 individuals with PFPS who participated in a three-week hip strengthening protocol. Compared to baseline values, all 15 PFPS subjects exhibited increases in muscle strength, 13 of the 15 PFPS patients exhibited reductions in stride-to-stride knee joint variability and 13 of the 15 patients reported at least a 33% decrease in pain as measured by a Visual Analog Scale. Four of the PFPS patients reported being completely pain-free at the end of the three weeks.

The authors concluded that a three-week hip abductor muscle strengthening protocol is effective in:

In light of these gait-retraining recommendations, gait retraining and muscle strengthening can be more powerful and efficacious when performed together. However, there is no research to support or refute one method over the other. Regardless, a combined approach that allows the patient to focus on daily rehabilitation is the most effective. For example, a patient with a running-related injury would never run every day to retrain their gait mechanics. The gait-retraining research involves two or three days per week of gait retraining over a period of six to eight weeks. Thus, the other four or five days per week could be focused on muscle strengthening for optimal results.

For example runners with PFPS have been proven to benefit from strength training. However, the frontal plane mechanics exhibited by these runners could be resolved by asking them to maintain a more vertical frontal plane knee and hip position. This could be done through a slight increase in step width and through gluteal muscle activation. Ferber and Macdonald state that having the runner focus on hamstring activation at heel strike and throughout the gait cycle would serve to improve knee joint stability as well.

There is evidence to suggest that gait retraining using real-time feedback can alter gait patterns and reduce pain. However, there is also evidence that muscle strengthening can accomplish the same goal. While one method cannot be stated as being superior to the other, they are effective for injury rehabilitation and prevention.

How To Improve Running Gait Mechanics

More on Running and Gait Mechanics

Our Running Mechanics and Gait Analysis Course is one of the bestselling Human Kinetics courses.