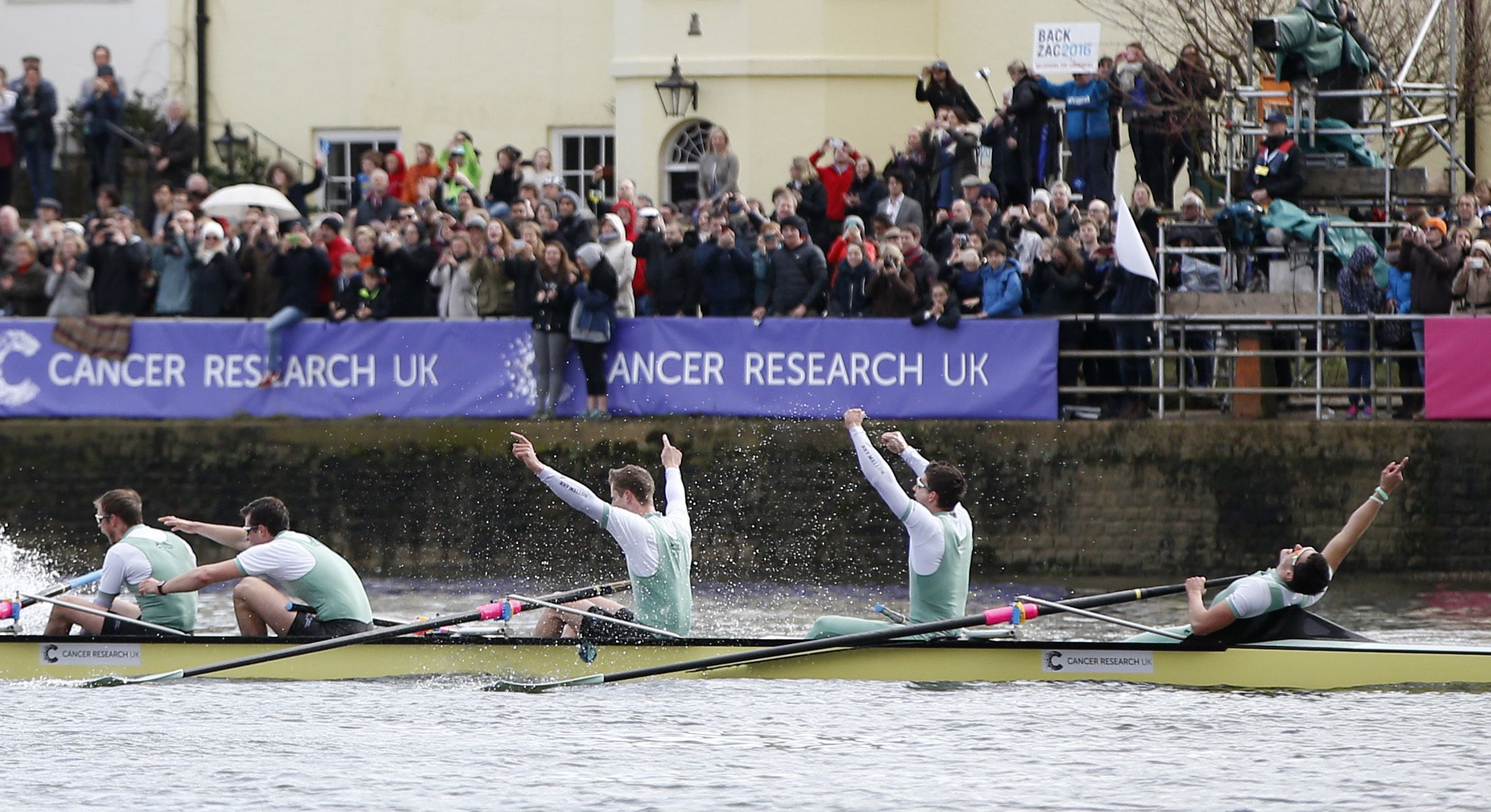 Oxford and Cambridge are ready to battle it out again this weekend in the annual boat race. It’s a historic event, famous the world over as a quintessentially English affair. For those of you who have yet to dip a toe into it, here’s our guide to everything you need to know.

What is the boat race?

First raced in 1829, The UK Boat Races are amongst the oldest and most iconic sporting events in the world.

With 8 people in a team, it is a head to head boat race and a real test of strength, power and endurance.

Thousands of people will gather along the banks of the Tideway, between Putney and Mortlake in London to watch this event. Not to mention the millions that tune in on TV. This year marks 80 years since the event was first televised by the BBC who make it readily available to the masses.

With four very strong squads of athletes, viewers can expect to see more thrilling contests once again this year.

The boat race is contested between Oxford University and Cambridge University. Two of the most prestigious universities in the world.

Head to head Cambridge men are just edging the all-time wins list between the universities, they have won 82 times to Oxford’s 80.

The women’s race has been an annual occurrence since 1927 – again the Light Blues top the most victories tally with a strong 42-30 lead.

The Boat Race course, known as the Championship Course is 4 miles, or 6.8 Km long. It stretches between Putney and Mortlake on the River Thames in South West London.

This course was first used for the Boat Race in 1845 and has been used for every race since, (apart from 1846, 1856 and 1863 when the race was held in the opposite direction between Mortlake and Putney).

The race came about because two friends from Harrow School, Charles Wordsworth (nephew of the poet William Wordsworth), of Christ Church College, Oxford and Charles Merrivale of St. John’s, Cambridge, met during the vacation in Cambridge, where Wordsworth’s father was master of Trinity.

Wordsworth went rowing on the River Cam and the two school fellows decided to set up a challenge.

The first Boat Race eventually took place on 10th June 1829 at Henley on Thames, Oxford went on to win this race easily.

Rowers are also heavy and muscular. They need to be strong so that they can apply a lot of force to the water on each of their strokes. The extra muscle power makes them heavy. The average weight for a male world-class rower 90-95kg (14 st 2 lb-15 st). Elite women tend to weigh in at 75-80kg (11 st 11 lb-12 st 8 lb). Their weight is almost pure muscle, they don’t want to carry any extra weight, rowers tend to be very lean.

This year Cambridge will have the heavier crew for both the men’s and women’s races.

The Light Blues men’s crew, weighed in at an average of 89.8kg (14st 2lbs), while Oxford averaged out at 85.6kg (13st 7lbs). The heavier Cambridge crew are the favourites this year.

Cambridge’s women’s crew weighed in on average 2kg heavier than the Oxford women at 72.9kg.

Sir Matthew Pinsent CBE is perhaps the most distinguished oarsman ever to compete in The Boat Race. He was in the Oxford Blue Boat in 1990, 91 & 93, winning twice but was the losing President in 1993. He missed out in 1992 as he was at the Olympics in Barcelona winning Gold for Team GB.