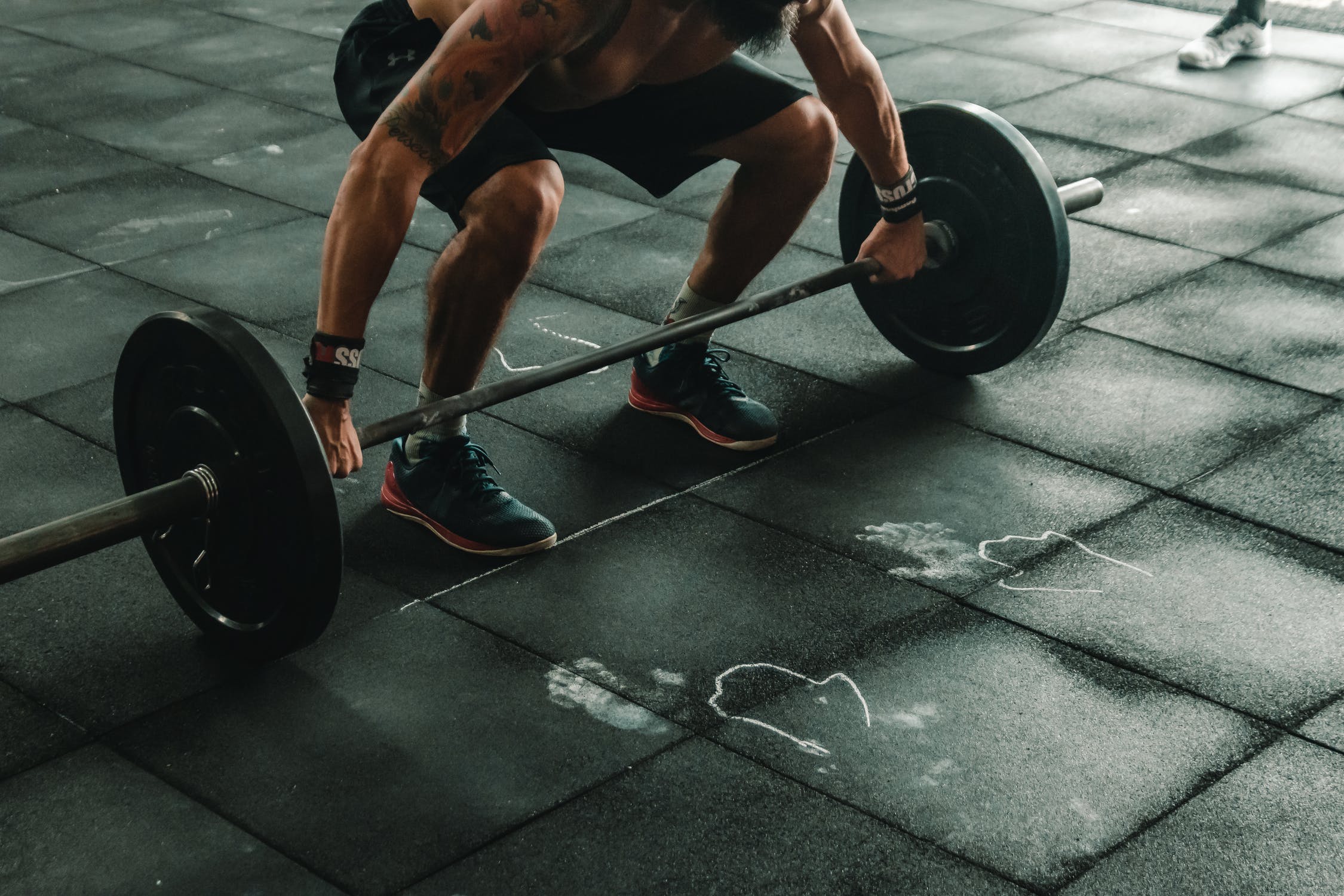 Overtraining syndrome in athletes is common in almost every sport. This post details the signs and symptoms of overtraining and how you can help prevent it.

Any Olympic year (as 2020 would have been) provides various examples of overtraining. There are always stories of athletes struggling with overuse injuries. We’ve also read about athletes that have fallen ill before their major events. Why these illnesses occur, at exactly the wrong time, might have something to do with training too hard when they’re already at maximum capacity and not getting enough rest.

Athletes need to train hard to reach peak performance. One general principle known to all elite athletes and coaches is to overload the athlete. Athletes train hard and long, deplete resources and don’t recover adequately from one training session before starting the next one. In general, athletes become fatigued and performance doesn’t improve, or even drops off. This is overtraining. In this article, adapted from Physiology of Sport and Exercise, 7th Edition you’ll find a comprehensive view of overtraining and how to prevent it.

When preparing for competitions, athletes sometimes experience an unexplained decline in performance and physiological function. This can span over weeks, months or years. This is called overtraining. The precise cause or causes of this aren’t completely understood. Research has shown there are both psychological and physiological causes. Overtraining can occur during all the major forms of training – resistance, anaerobic and aerobic. Therefore, the cause and symptoms are likely different depending on the type of training.

All athletes experience some degree of fatigue during repeated days and weeks of training. Just look at the difference in footballers that have played at a major tournament in the summer and had just a two-week break before heading back to the preseason. However, not all fatigue-producing situations can be classified as overtraining. Fatigue that follows one or more exhaustive training sessions can usually be relieved after a few days rest or reduced training. Whereas overtraining is characterised by a sudden decline in performance that can’t be remedied by rest, reduction in training or dietary intervention.

For further information on overtraining, watch our webinar from Dr Ian Craig, Overtraining from a Functional Health Perspective.

Most overtraining syndrome (OTS) symptoms are subjective. They can only be identified after the individual’s performance and physiological function have suffered. Unfortunately, these symptoms can be highly individualised. This makes it difficult for athletes, trainers and coaches to recognise if the decrease in performance is down to overtraining or not. A decline in physical performance with continued training is usually the first sign of OTS. An athlete senses a loss of muscular strength, coordination and exercise capacity, as well as feeling generally fatigued. Other signs and symptoms include:

Causes of overtraining syndrome in athletes

The underlying causes of OTS can be complex. They are a combination of emotional and physiological factors. The emotional demands of competition, desire to win, fear of failure and unrealistic goals can all cause athletes stress. Because of this, overtraining is typically accompanied by a loss of competitive desire or enthusiasm for training. Furthermore, OTS and clinical depression have remarkably similar signs and symptoms, brain structures, neurotransmitters, endocrine pathways and immune responses (Armstrong and VanHeest, 2002). This suggests that they have similar origins.

The physiological factors that are responsible for the effects of overtraining aren’t fully understood. However, research has suggested that overtraining is associated with alterations in the nervous, endocrine and immune systems. Although a cause-and-effect relationship between these changes and symptoms of overtraining hasn’t been established, these symptoms can help determine whether an individual is overtrained or not.

In this section, we’ll focus on some of the observed changes associated with overtraining and the potential causes of overtraining syndrome in athletes.

Therefore, it appears that the signs and symptoms of overtraining syndrome in athletes are likely to be unique to their training regime. Some have differentiated intensity and volume related forms of overtraining.

However, it’s worth noting that some of the symptoms associated with autonomic nervous system overtraining are also seen in people that aren’t overtrained. For this reason, the presence of these symptoms can’t be used to confirm overtraining.

Overtrained athletes usually have higher blood concentrations of urea. This is because urea is produced by the breakdown of protein, that is, protein catabolism. This protein loss is the mechanism that is thought to be responsible for the weight loss seen in a lot of overtrained athletes.

Elevated resting blood concentration of epinephrine and norepinephrine have also been reported during periods of intensified aerobic training. These two hormones elevate the heart rate and blood pressure. This has led some exercise physiologists to suggest that the blood concentrations of the catecholamines could be measured to confirm overtraining. However, other studies have found no change in these catecholamines during intensified training. Some have even found decreased resting concentrations.

Acute overload training and overreaching can produce most of the same hormonal changes that are seen in overtrained athletes. For this reason, measuring these and other hormones doesn’t provide valid confirmation of overtraining. Athletes whose hormone concentrations appear to be abnormal may simply be experiencing the normal effects of training. The time interval between the last training session and the resting blood sample is extremely important. Some potential markers remain elevated for over 24 hours and might not reflect a true resting state. These hormonal changes might just reflect the stress of training rather than a breakdown in the adaptive process. Consequently, experts generally agree that blood markers can’t conclusively define the overtraining syndrome.

The immune system provides a line of defence against diseases. This system depends on the actions of specialised cells and antibodies. These primarily eliminate or neutralise foreign invaders that might cause illness. Unfortunately, one of the most serious consequences of overtraining is the negative effect it has on the body’s immune system. Immunity function is potentially a major factor in the initiation of overtraining syndrome.

Many studies have shown that excessive training suppresses normal immune function, increasing an athlete’s risk of infections (Figure 14.7). Studies also show that short bursts of intense exercise can temporarily harm the immune response and successive days of heavy training can increase this suppression. Several investigators have reported an increased incidence of illness following a single, exhaustive bout of exercise, such as running a marathon. This immune suppression is characterised by abnormally low concentrations of both lymphocytes and antibodies. Invading organisms or substances are more likely to cause illness when these concentrations are low. Also, intense exercise during illness might decrease one’s ability to fight off the infection and increase the risk of even greater complications (Neiman, 1994).

It’s important to remember that the underlying causes of overtraining syndrome in athletes aren’t fully known. Although, physical or psychological overload may trigger this condition. Regulating the amount of physiological and psychological stress experienced by athletes during training can be difficult. Most coaches use intuition to determine training volume and intensity. But, few can accurately assess the true impact of a workout on the athlete. There are not preliminary symptoms to warn athletes that they’re on the verge of becoming overtrained. By the time coaches realise an athlete has been pushed too hard, it’s often too late. The damage done by repeated days of excessive training or stress can be only be repaired by days, weeks or months of reduced training or complete rest.

How to spot overtraining

Exercise addiction might not sound like a bad thing. However, it’s maladaptive, so instead of improving a person’s life, it causes more problems. This form of addictive behaviour can threaten an individual’s overall health. It can also cause injuries, ruin personal lives and careers. In some cases, it can even contribute to nutrition problems and eating disorders. Unsurprisingly, exercise addiction has received recent attention among exercise scientists, including exercise and sports psychologists.

Recovery from OTS is possible with complete rest or if there is a marked reduction in training intensity. Although most coaches recommend a few days of easy training, overtrained athletes require considerably more time for complete recovery. This might involve suspending training for weeks or months. In some cases, counselling might be necessary to help athletes cope with the other stresses in their lives.

The best way to minimise the risk of overtraining is to follow periodisation training procedures, alternating between easy, moderate and hard periods of training. Although individual tolerance varies greatly, even the strongest athletes have periods when they are susceptible to OTS. As a rule, 1 or 2 days of intense training should be followed by an equal number of easy training days. Likewise, a week or two of hard training should be followed by a week of reduced effort with little or no emphasis on anaerobic exercise.

Endurance athletes need to pay particular attention to their caloric and carbohydrate intakes. Repeated days of hard training gradually reduce muscle glycogen. Unless these athletes consume extra carbohydrates during these periods, muscle and liver glycogen reserves can be depleted. As a consequence, the most heavily recruited muscle fibres aren’t able to generate the energy needed for exercise.

For more information on overtraining recovery in endurance athletes, check out our blog post, Recovery in cycling: 6 of the best ways to overtraining and injuries.

Athletes often overtrain in the erroneous belief that more training always produces further improvement. As their performance declines with overtraining, they train harder to compensate. The importance of designing training programmes to include rest and variations in training intensity and volume to avoid overtraining syndrome in athletes cannot be overstated.