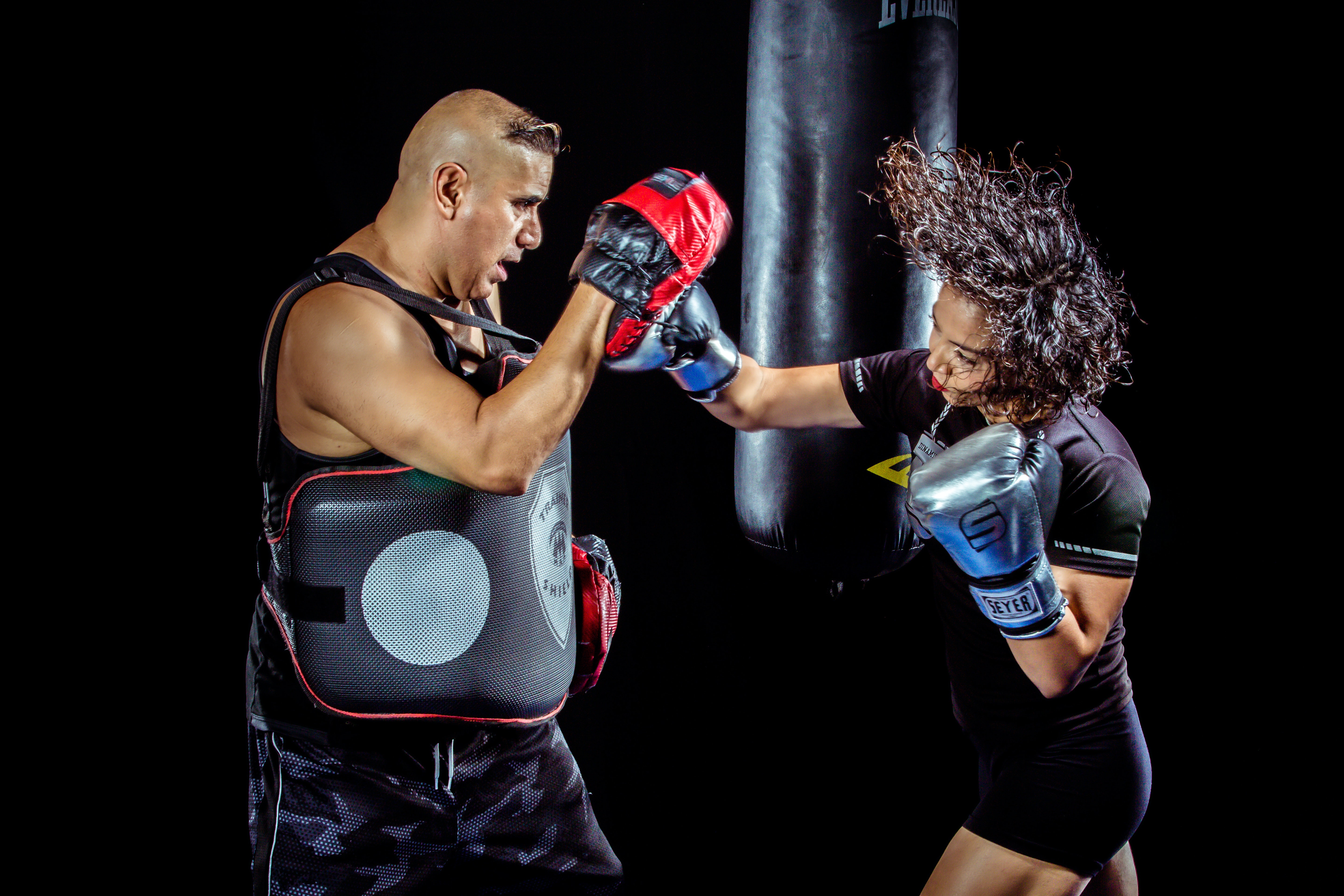 As a coach, how we communicate with our athletes is key. What we say, how we say it and when we say it can all influence a player’s performance.

In this post we explore the coaching communication loop, examining what a coach should say before, during and after an athlete moves, adapted from Nick Winkelman’s The Language of Coaching.

While the beginning and end of each training session allows for preplanned messaging, the middle requires an adaptable yet repeatable pattern of communication that can be molded to the learning needs of the athlete. To achieve this balance of structure and flexibility, it is important that coaches have a communication model that can circle the movement, providing guidance on what to say before, possibly during, and after an athlete moves. Recognising the necessity and utility of such a model, Nick Winkelman conceptualized the coaching communication loop in The Language of Coaching, which simply calls attention to the five most important coaching moments surrounding each rep or set of a movement. These five moments, represented by the acronym DDCDD, recognise that, when it comes to teaching a motor skill, coaches will DESCRIBE it, DEMONSTRATE it, and CUE it; athletes will DO it; and both will DEBRIEF it.

To demonstrate the coaching communication loop in action consider the following scenario:

Diane is the head strength and conditioning coach at New Haven High School, and Jack is a freshman shortstop on the varsity baseball team. Diane is working with Jack on his change of direction, as the head coach feels Jack’s base stealing would benefit from a faster transition from crossover to acceleration. Considering the fact that Jack will likely start as a freshman, the coach has asked Diane to spend some extra time working with him on his speed. We now join Jack and Diane as they kick off their second training session on base-stealing speed.

Diane: “Jack, building on our last session, the first skill we’re going to work on is stealing second from your lead position. Do you remember the key focus points we’re looking for?”

Jack: “Yeah, I should try to keep tension, balance, and width in my base position (lower body).”

Diane: “That’s right. Now, what’re the keys once we pull the trigger to go [sprint]?”

Jack: “Um, stay low and drive hard off my inside leg. Then, run like hell.”

The DESCRIBE it section is used to introduce new movements or remind athletes about the structure or setup of a skill. You will explain or discuss the details of the movement, avoiding nonessential technical language. You will not, nor should you, describe a movement each time your athlete performs it because this places an unnecessary tax on working memory. The goal should be to provide the least amount of information required to give context and support safety. As we can see in the story, Diane has already taught the crossover to Jack during their first session and, therefore, asks Jack to recall the key features of the movement. This illustrates that, while coaches will often be the ones describing a movement, there is no reason the athletes can’t be involved, as their inclusion will improve engagement, support autonomy, and allow the coach to check for learning.

After having Jack describe the key tenets of the crossover to acceleration, Diane proceeds to demonstrate the movement sequence, highlighting the importance of a low body height, a strong inside leg push, and an aggressive acceleration toward second base.

Like the DESCRIBE it section, you’ll DEMONSTRATE it any time you’re teaching a new movement or want to provide a refresher. It’s valuable to let your athletes know that you’re always willing to demonstrate again if they’d like a second or third look. Further, unless you’re using one-word action statements to accent the demonstration (e.g., long, snap, pop, quick, or tight), it is best to keep talking to a minimum so that you avoid placing an unnecessary strain on your athletes’ attention. Once your athletes are familiar with the drill or movement you’re teaching, it’s not necessary to re-demonstrate, unless you have a new athlete join the group or you’re using the demonstration to revisit or emphasise a coaching point.

In practice, the demonstration can be completed by a coach, an athlete, or a video. For the initial demonstration, it is valuable to show the athlete what effective movement looks like. However, as time progresses, there is value in athletes’ observing the difference between effective and ineffective movement strategies. This will occur naturally if athletes are working in a group and provided with an opportunity to watch others move (e.g., have athletes partner up and alternate within a drill, or use a waterfall or domino start, where each athlete performs the skill one at a time, triggering the next athlete to go once they’ve completed their rep).

Coaches can also trigger an implicit comparison between effective and ineffective movement by using an A and B demonstration, where A, for example, is how the movement should be performed, and B is how it should not. After demonstrating the A and B versions of the movement, the coach simply asks the athletes to comment on which movement is preferred and why. I’ve yet to see a group of athletes guess wrong.

Diane: “Jack, I want you to go ahead and give this a go. Let’s see you take your lead off first and settle into your base position. Once our pitcher commits to the windup, hit it. For this first rep, focus on pushing hard toward second.”

The CUE it section is where you help one final idea get into your athlete’s head before they move. This will be the one prioritized thought that you believe will help improve execution. This cue can come from you or the athlete; the only rule is the rule of one: one rep, one cue, one focus. To build athlete autonomy and ownership, you’ll find many instances where there is no need to cue, especially as an athlete’s experience and skill level increases. That said, there is always a need to focus, as an unoccupied mind is easily distracted. Thus, the CUE it section should be considered the brief moment each athlete takes to get their mind set before each rep. In the case of Jack and Diane, everything said (DESCRIBE it) and observed (DEMONSTRATE it) has been filtered into a four-word cue, “pushing hard toward second.”

Jack proceeds to execute the movement as advised. Diane stands in the outfield so she can get a clear view of Jack’s read on the pitcher and the timing and execution of his crossover to sprint (base stealing).

The most important aspect of the DO it section is to ensure that you’re positioned in such a way that you can see the target features of the movement unfold. Place yourself in a position to extract the information from the movement on which you may want to provide feedback (e.g., Diane stands side-on to Jack so she can clearly see him transition from a crossover to acceleration).

The second most important aspect of the DO it section is to stay silent; avoid unnecessary prompts that may distract the athlete from the task at hand. The only time it is advisable to talk during the execution of a movement is when you’re cueing the tempo of a continuous pattern (e.g., you might say “push, push, push,” synchronized with the first three steps of a sprint, or “pop—clap … clap—pop,” to denote timing during a skipping pattern with a desired tempo). Similarly, during a discrete, one-repetition pattern, like a jump, a coach might use a single word, such as explode, to accent the takeoff, adding energy to the stimulus.

Alternatively, a coach might say “longggg,” holding the sound of the last letter as an athlete lowers into a single-leg Romanian deadlift, for example, reinforcing the timing of the motion and the fact that they want the athlete to stay long from head to heel throughout the motion. Unless a coach is trying to support timing using simple, familiar language, they should avoid all commentary, until they arrive at the DEBRIEF it portion of the coaching loop.

Diane: “Jack, first rep in the books, how did your transition feel?”

Jack: “Not bad. I felt like I got a pretty good push off my inside leg.”

Diane: “Did you feel balanced and square (to second base) as you accelerated?”

Jack: “Not sure. I just know I got out of my stance quickly.”

(Loop restarts at CUE it section.)

Diane: “OK, very good. Let’s go again, same focus—‘push hard towards second.’ However, this time, continue to focus on ‘pushing hard’ until you get through second base.”

The DEBRIEF it section is synonymous with feedback. This feedback can come from the coach or the athlete and can relate to either movement performance or movement outcome. Put differently, a coach should see the DEBRIEF it section as an opportunity to ask questions and engage; to comment and nudge; and to, generally, collaborate with their athlete on their next best focus.

Ultimately, the way a coach uses the DEBRIEF it section comes down to the needs of the athlete, their level of experience, the type of movement or drill, and the goal of the next rep or set. In Jack’s case, Diane wanted to pull task-intrinsic feedback from him, which focused on movement performance (the feel), rather than the outcome. As is evident in the previous narrative, Diane was interested in when Jack had applied the focus cue (i.e., during the transition, during the acceleration, or both). As Jack’s feedback illustrates, he seemed to focus on the transition out of the crossover more than the acceleration itself. As such, Diane sought to maintain and extend this focus to the remaining foot strikes throughout the sprint to second base.

As we can see, the coaching loop provides a map to guide communication throughout a session. As previously noted, each step in the process will leverage a slightly different communication tool. However, like a chemist trying to synthesise an antidote, we’re trying to synthesise the next best thought to share with our athlete’s mind. Thus, DESCRIBE it, DEMONSTRATE it, and DEBRIEF it should be used only to the extent that they assist the coach’s ability to CUE it and the athlete’s ability to DO it. As an athlete progresses, we should see the DDCDD, what we can call the long loop, start to trim down, leaving us with the cyclical application of CDD—CUE it, DO it, and DEBRIEF it, or, simply put, the short loop.

The Language of Coaching

Here are some similar other coaching titles you may be interested in: