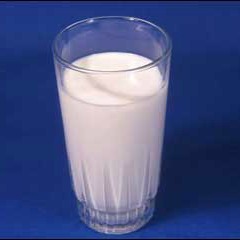 Drinking at least one glass of milk each day could not only provide essential nutrients to aid cardiovascular and bone health, but it could also help brain and mental performance.

This is according to a recent study in the International Dairy Journal in which researchers found that adults with higher intakes of milk and milk products scored significantly higher on memory and other brain function tests than those who drank little or no milk.

More than 900 men and women aged 23 to 98 completed a series of brain tests, including visual-spatial, verbal and working memory tests, and tracked the milk consumption habits of the participants.

Although milk drinkers tended to have healthier diets overall, there was something about milk intake specifically that offered the brain health advantage, according to the researchers.

They concluded that in addition to the many established health benefits of milk from bone health to cardiovascular health, the potential to stave off mental decline may represent a novel benefit with great potential for an ageing population.