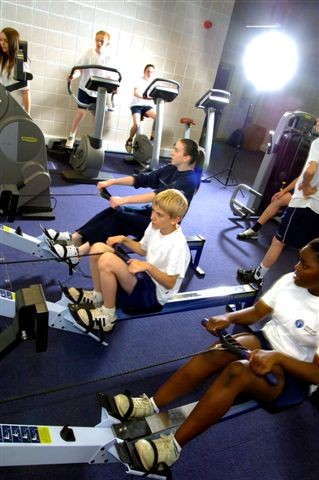 The resulting increased blood and oxygen flow to the pre-frontal cortex may explain the effects, suggests new research.

Researchers trawled medical research databases for studies looking at the impact of physical exercise on higher brain functions, such as memory, concentration, planning and decision-making, in three groups: 6 to 12-year-olds; 13 to 17-year-olds; and 18 to 35-year-olds.

Regular exercise didn’t seem to have much impact on higher brain functions, the analysis showed, but the studies were too few in number and their results too inconsistent to enable firm conclusions to be drawn, caution the authors.

But short bouts of exercise did boost higher brain function in all three age groups. Only four studies looked at the impact of this type of exercise on working memory, but only in young adults, and the numbers were insufficient to draw conclusions on the impact.

But 12 of the 19 studies looked at self-control, and the analysis indicated that short bouts of exercise did improve this higher brain function across all three age groups, registering a small to moderate impact.

This is particularly important for children and teens because well developed higher brain functions are important for academic achievement and another aspect of daily life, say the authors.

“Inhibition is essential for regulation of behaviour and emotions in social, academic, and sport settings,” they add.

They speculate that short bouts of exercise may boost the cerebral blood flow to the pre-frontal areas of the brain, responsible for higher (executive) functions.

Exercise might be a useful treatment for conditions characterised by impaired higher brain functions, such as attention hyperactivity deficit disorder (ADHD) and autism, and may help delay the ravages of dementia, they suggest

“Given the trend for a more sedentary lifestyle, worldwide ageing and the increasing prevalence of dementia, the results highlight the importance of engaging in physical exercise in the general population,” they conclude.