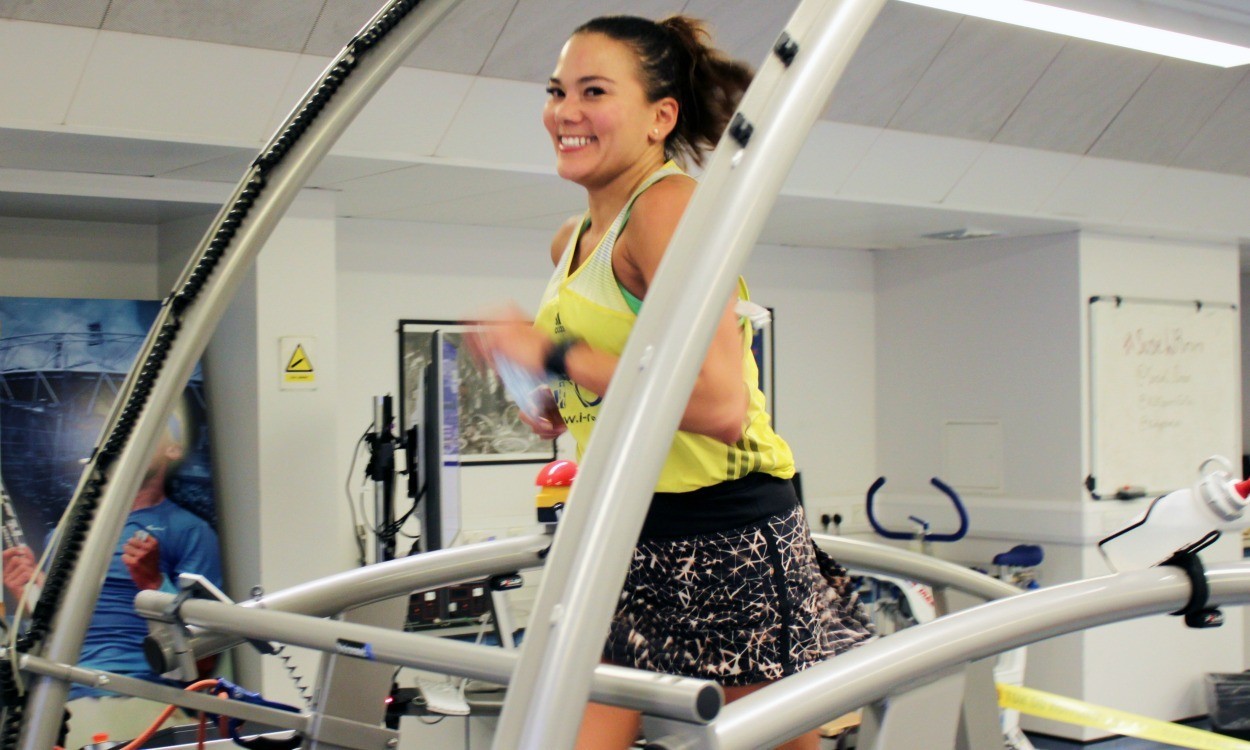 Ultra runner Susie Chan has set a new 12-hour treadmill world record with the support of sport science and exercise experts from Kingston University in London. The 40 year old athlete ran a total distance of 68.54 miles (110.3km) in 12 hours. The world record attempt took place in the human performance laboratory at the University’s Penrhyn Road campus.

The attempt was supervised by senior lecturer in health, exercise and physiology, Dr Hannah Moir and sport scientist Chris Howe. The team also consisted of ten sport and nutrition students acting as timekeepers and witnesses.

The challenge was streamed live from the University on Youtube, gaining more than 3,000 views. Hundreds of people also took to Twitter using the hashtag #susieWRrun to show their support. Tweets were projected in front of the treadmill to give Susie an extra boost. British marathon world record holder, Paula Radcliffe, was one of the first to congratulate the ultra runner on her achievement.

I’ve never watched someone run on a treadmill on my computer until now – @Susie__Chan you got me! Congrats on your new World Record x

Susie, who only took up running five years ago when she completed a half marathon with her brother, celebrated her treadmill triumph with family. After, the ultra runner spoke of feeling “absolutely exhausted but elated.” She also paid testament to University, adding “I would never have got there if it wasn’t for the team Kingston University – I couldn’t have let them down.”