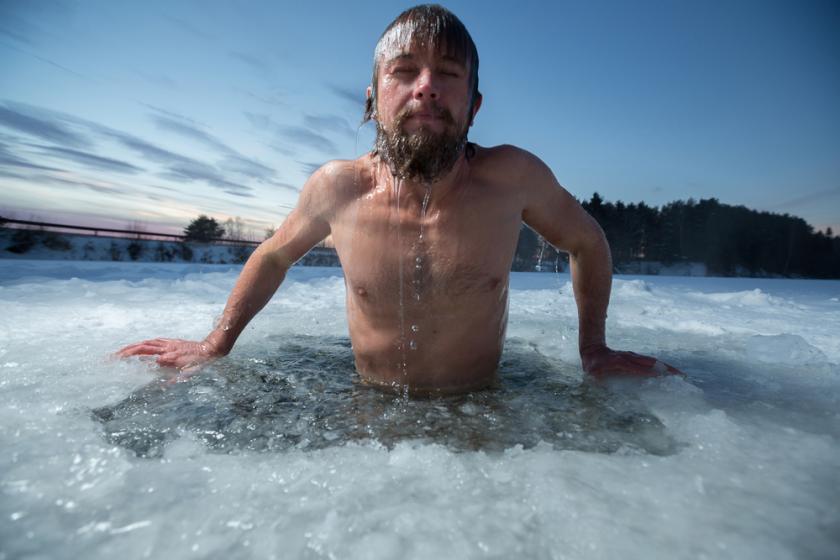 The use of cold-water immersion (CWI) for post-exercise recovery has become increasingly prevalent in recent years. We’ve all seen the images and heard about athletes jumping in ice baths or cold water post game (just like Andy Murray after winning Wimbledon). However is it for everyone?

he International Journal of Sports Physiology and Performance by Human Kinetics has recently published an article focusing specifically on why some of the current literature may show variability and disparity in the effectiveness of CWI for recovery of athletic performance by examining the body temperature and cardiovascular responses underpinning CWI and how they are related to performance benefits.

This review also examines how individual characteristics (such as physique traits), differences in water-immersion protocol (depth, duration, temperature) and exercise type (endurance vs maximal) interact with these mechanisms.

The rationale for such contradictory responses has received little attention but may be related to nuances associated with individuals that may need to be accounted for in optimising prescription of protocols.

The research found that to recommend optimal protocols that enhance athletic recovery, research must provide a greater understanding of the physiology underpinning performance change and the factors that may contribute to the varied responses currently observed.

We have taken a snippet from the journal and are going to analyse water-immersion protocols.

Physiological and performance variation depends (in part) on the “dose” of cooling provided by CWI. No “gold standard” currently exists for CWI, and protocols tend to be based on those used practically without strong efficacy or physiological evidence.

Water is an effective conductor causing heat exchange to occur 25 times faster than air, placing significant thermal stress on the body. Water temperature has an impact on the duration and level of immersion used, as colder temperatures induce a greater initial “cold shock,” increasing discomfort and possibly limiting exposure to CWI. The impact of water temperature was examined by comparing CWI in 8°C and 22°C and unsurprisingly 8°C resulted in a larger decrement in core temperature. The findings concluded that water temperatures of 10°C to 15°C appear to be optimal for performance recovery but if these temperatures are not achievable in a practical setting similar thermal responses may be induced by altering immersion duration or depth.

Duration of immersion is likely to affect the cooling induced by CWI, with a longer exposure to the cold stimulus resulting in a greater thermal effect. CWI durations of 10 to 20 minutes have been suggested as optimal for performance recovery, as anything shorter may not cause sufficient tissue temperature change. However, the study suggests duration should be explored in conjunction with water temperature, as colder temperatures will induce a greater thermal stress and therefore cause tissue temperature to decrease at a faster rate.

The level of immersion affects thermal and physiological responses in two ways; firstly, if more of the body is exposed there will be a greater surface area for heat exchange to occur, and second, the deeper the immersion, the greater the impact of hydrostatic pressure. The influence of immersion depth becomes evident when comparing studies that used similar CWI protocols (15 min, 15°C), differing only in immersion depth. Immediately post-CWI, Vaile et al (whole-body immersion) observed a decrement in core temperature of 1.3°C, whereas Crampton et al (leg immersion) only observed a decrement of 0.4°C. Suggesting less surface area exposed to the cold stimulus may result in smaller core temperature changes.

A comparison of two studies with different CWI protocols (5 min, 14°C, whole-body immersion; 5 min, 10°C, legs only) that found the same immediate post-immersion core temperature change (0.4°C) showing that different protocol combinations can have the same impact. So while one study had a greater surface area exposed to the cold stimulus, the other used a lower water temperature, leading both studies to result in the same degree of change.

Water temperature and the duration and depth of immersion all significantly affect the magnitude and rate of cooling in response to CWI. The interaction between these factors is complex, and while it has been shown that different combinations of these three factors can result in the same degree of core temperature change, it is unknown whether duration, temperature, or depth will have the greatest impact on thermal and cardiovascular responses. It is also unknown what the optimal combination of these factors is. Further research is required to fully understand the impact of temperature, duration and depth and how they may interact with individual differences in physique.

One size does not fit all

The research also found that one size does not fit all, stating that mesomorphic athletes are likely to have higher core temperatures post-exercise and one might conclude that a greater dose of CWI would be necessary to account for the higher temperatures in these individuals. In addition to this blood flow is affected by body fat, as individuals with higher body fat have been shown to have a lower than average blood volume per unit weight. This reduced blood volume affects conductive heat transfer through the tissues, improving the insulative capacity of individuals with greater body fat. As body fat and muscle percentages can change drastically depending not only on the sport but even on the same team, for example in Rugby Union a scrum half will most likely have a different body type to a prop or a hooker. As athletes’ body compositions vary substantially individualising CWI protocols may be warranted depending on body fat and muscle percentage.

To check the whole journal check out Cold-Water Immersion for Athletic Recovery: One Size Does Not Fit All.