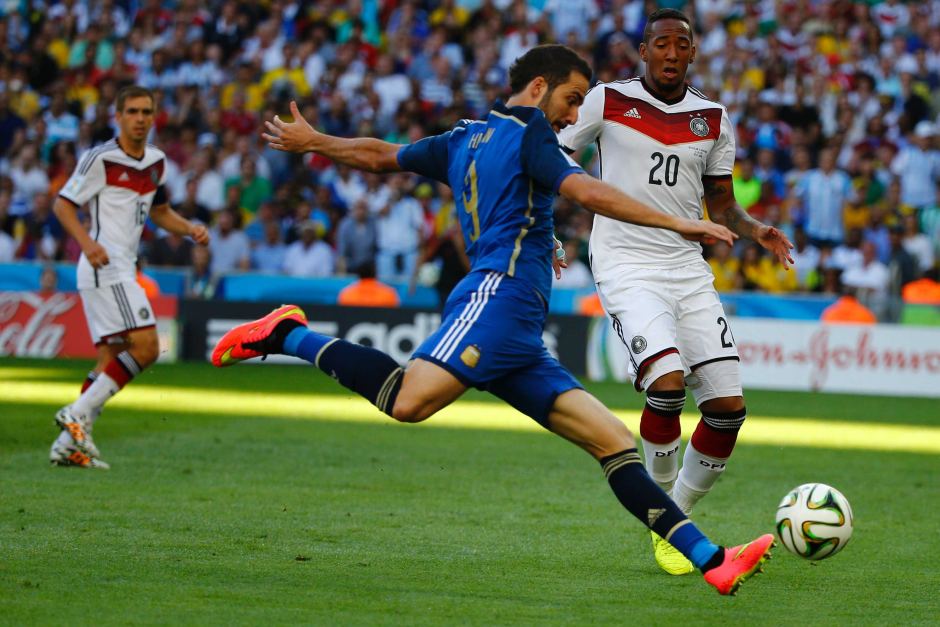 With recent news of elite footballers making the move to China and the controversial decision to select Russia (2018) and Qatar (2022) as hosts for the World Cup, travel and weather are bound to be hot topics in elite level football. But, can these elite professionals be affected on the pitch by changing weather conditions and long commutes for away games?

The 2014 World Cup in Brazil was chosen for this examination because it provides a unique environment given the wide range in climates, temperatures and distances between match locations. Results show that the heat index and a clear sky significantly affect running performance. Based on these results, we were able to predict how the weather conditions in Russia and Qatar may affect the running performance of football players when the World Cup is hosted in these countries. Our findings have implications for sport managers and policy makers regarding the governance and identification of hosting criteria for future World Cups.

Playing football in extreme weather conditions such as a hot and humid environment poses challenges to the body. The first challenge is dehydration and hyperthermia, which can also impair exercise performance. The second challenge relates to releasing heat, because the normal mechanism of releasing heat from the skin to the surroundings is not possible in a hot environment, with the problem being even greater in humid conditions. Since muscle temperatures are extremely high in football (i.e., >40 °C), the body has to deal with an increase in internal body temperature that can lead to heat illness and heat-stroke.

The above issues lead to fatigue and are responsible for declines in running performance when football is played in a hot and humid environment. For instance, the total distance ran in a game declines by 7% in extremely hot conditions (over 43 °C) compared with temperate conditions under 21 °C. Research also shows total distance covered by football players is significantly lower in hot and humid environments measured with the heat index. Furthermore, football players were found to demonstrate lower performances across several running parameters including sprints and high-intensity running in hot (31 °C) conditions. Moreover, the performance of tasks requiring cognition and skill—which are also required in football—is also reduced in a hot environment.

When a high profile tournament is hosted in hot and humid conditions, football teams usually spend some time in similar weather conditions so that players can acclimatise. Previous research argues that such acclimatisation periods can be effective in the sense that football-specific physical performance significantly increases after a training camp in the heat. However, studies also indicate that the responses to acclimatisation are highly individualised; only some players are able to maintain their activity level in the heat after an acclimatisation camp.

While most studies have concentrated on the effect of heat and humidity on running performance in football, other weather conditions may be relevant too. Thornes (1977)  stated that “not only are temperature and humidity important in comprehending the impact of weather on sport, but also wind velocity, visibility, precipitation, sunshine and the state of the ground”. These conditions may also lead to fatigue; for example, running on a muddy ground is more exhausting. Adverse conditions such as wind and rain may affect playing skills because of greasy balls, muddy pitches and wind-affected long passes, thus affecting the style of play and the quality of the game directly. These aspects have been neglected in previous research.

Teams may also experience fatigue as a result of the distances they have travelled. Previous research has focused on the effect of travel on team performance (i.e., winning probability) rather than running performance. Mixed findings were documented for the former (for an overview, see Carron, Loughhead, & Bray, 2005): Some reports have found no significant effect of travel distance, while other studies have found significant negative effects. Interestingly, there is evidence suggesting that the direction of travel is important; previous research has found that teams travelling eastward (going forward in time) performed worse because of jetlag. Thus, the number of time zones may play a role as well; Qatar has 1; Brazil, 3; and Russia, 11. China incidentally has just one-time zone on the mainland and most of their football clubs competing in the Super League are based on the east coast. Yanbian Funde to Guangzhou R&F, however, would be at least a 6-hour flight.

It could be argued that home advantage is less to do with travelling and more to do with fatigue and rest. For the Football World Cup, a continental effect was detected, that is, teams from the host continent had a higher probability of reaching the final eight. Thus, there is evidence that travelling negatively affects overall team performance, but the effect on running performance has not yet been examined.

Starting with weather conditions, heat is the factor that is highly suspected for potentially exacerbating player fatigue and leading to reduced running performance. The player-level results show that the heat index, a combined measure of both air temperature and humidity, had a significant negative effect on total distance covered and high-intensity running per minute.

This finding implies that the higher the heat index, the lower the running performance in terms of the distance run per minute and the total distance run at high intensity per minute. The team-level models also document a negative effect of heat index on high-intensity running. Thus, it seems that heat and humidity particularly affect the amount of running that requires higher levels of exertion.

Wind speed was found to have a slight negative effect when attacking. When the wind speed was higher, fewer runs and deliveries were made into the attacking third in a match.

The research also found that when the sky was clear the average player ran further at high intensity (0.72m more as an average).

Rain was found to be insignificant in all models, suggesting that precipitation did not have any relationship with total distance run, sprinting, or high-intensity running at the World Cup in Brazil. Similarly, heat breaks were found to have no statistically significant relationship with running performance. This finding indicates that the implementation of including heat breaks for players during matches seems an effective policy for international football tournaments played in hot and humid conditions, as it allows players to rest without causing significant fluctuations in their running performance

Players playing for clubs in South America performed more sprints per minute than those from Europe, Asia, Africa, Australasia or North America, suggesting familiarity with the climate helped players.

The results of this study reveal that travel distance has no statistically significant effect on running performance. Some players were travelling for over 5 hours from one game to another. It is possible that with the use of chartered planes and buses, travel for players during the tournament was not physically or mentally taxing.

Perhaps quite surprisingly the country that ran the most as an average in Brazil was Russia, who ran 1,243m per minute as a team in their 3 matches. Ivory Coast ran the least.