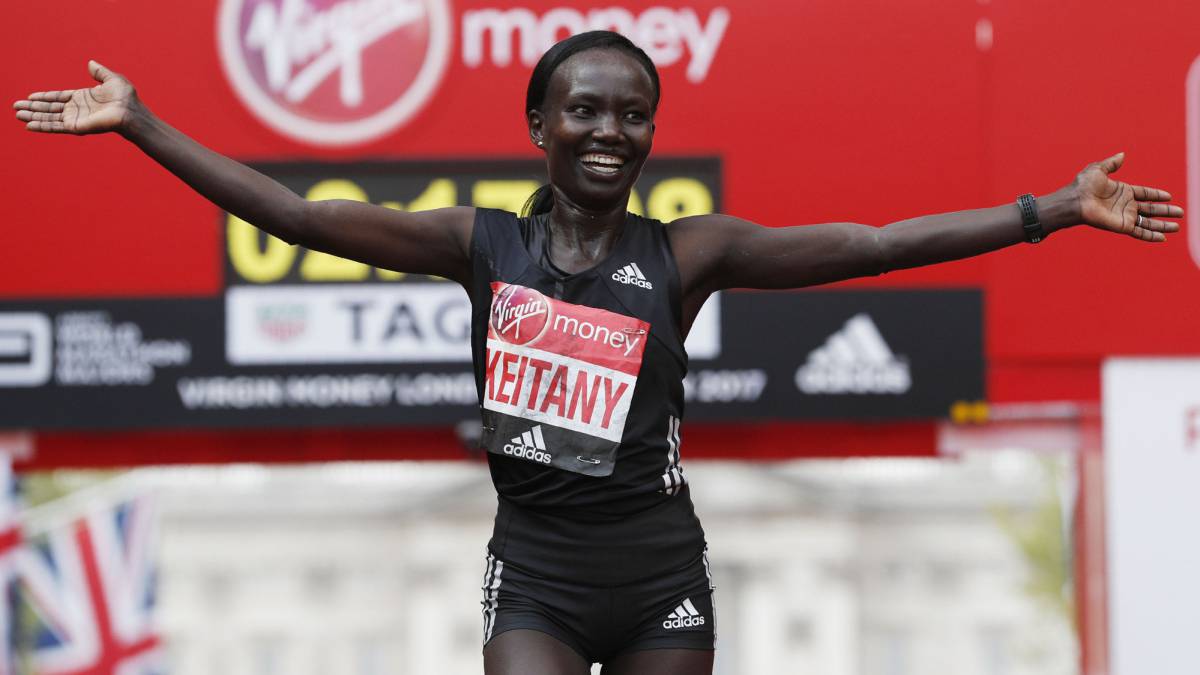 Kenyan long distance runners and those from Ethiopia have won the London Marathon 8 years in a row now but why? We examine the reasons for their dominance.

Mary Keitany of Kenya won her third London Marathon in 2017, while fellow Kenyan Daniel Wanjiru, won the men’s race in 2:05:48. It came as no real surprise that Kenyan long-distance runners dominated once again. For the last 15 years, the male winners have all come from East Africa (12 from Kenya, three from Ethiopia). The East African women have been just as dominant too, in the last 8 years all the winners have been born in Kenya or Ethiopia, but why?

The dominance of African nations, particularly Kenyan long-distance runners is one of the fascinating topics in exercise performance physiology.

In 2015 the International Journal of Sports Physiology and Performance published an Analysis of the Kenyan Distance-Running Phenomenon.

The data emphasised the emergence of African distance runners is primarily a Kenyan phenomenon, driven by the Kalenjin tribe and in particular the Nandi subtribe. This supports the complex interaction between genotype, phenotype and socioeconomic factors driving the remarkable dominance of Kenyan long-distance runners.

The author of the study analysed male track distance events from 800m upwards from all the major global athletics championships from 1964 to 2013 and the annual Top-25 world marathon performances since 1990.

The complex physiology that underpins running performance is multifactorial, so the rise and subsequent disproportionate success of a relatively small population is unlikely to be explained by any single factor.

The aim of the study was to characterise, in detail, the ethnicity of Kenya’s most successful international male runners and to track the relative success of various ethnic groups or subtribes over time and in distance-running events (marathons compared with track).

The authors found that the tribe and subtribe distribution were different in the marathon than in the track: Maasais were more likely to feature in medals won in shorter track events. This was also the case for Marakwets and Pokots. On the other hand, Keiyos, Kikuyus, Kipsigis, Sabaots and Tugens were more likely to succeed in the marathon than in shorter track events.

The Kalenjin tribe, which consists of approximately 12% (about 5m people) of the Kenyan population account for 29% and 34% of all global track medals and elite marathon performances, respectively. Further analysis of ethnic groups reveals that while medals and elite performances originate from six distinct tribes and seven Kalenjin subtribes, one of which, Nandis, consisting of just under 1m people, have won 72 medals (47% of Kenya’s total), a number higher than the combined total of North America, South America, Asia and Oceania.

Since 1990 the Nandi subtribe has outperformed every continent with the exception of Africa in terms of distance track medals won and elite marathon performances. Explanations for this highly concentrated endurance-running success have included physiological, environmental, cultural and genetic factors and have been reviewed extensively. The disproportionate representation of a specific tribe and subtribe among a population’s successful runners can be interpreted to support all these factors. In support of genetic and physiological factors, genotypical and phenotypical characteristics that may predispose a person or group of people to running success would be expected to be highly preserved within given subtribes.

For instance, it has been reported that there is a strong relationship between performance-mediated attractiveness and reproductive success, which suggests that human endurance capacity has been subject to sexual selection in our evolutionary past. Similarly, although attributing the success of Kenyan long-distance runners to a genetic explanation seems premature, it is noteworthy that Kenyans present high frequencies of desirable genotypes of certain performance-linked genes. A typical example is ACTN3, which encodes the protein alpha-actinin-3 and is almost exclusively expressed in sarcomeres of fast glycolytic type II fibres responsible for the generation of rapid forceful contractions. Two variants in this gene, R and X, have been identified, with the RR variant polymorphism strongly associated with sprint performance. In this regard, Yang et al have found that the XX genotype, which is nondesirable for elite sprint running performance, is almost nonexistent in Kenyans. While single gene associations with performance are oversimplified for numerous reasons, we nevertheless cannot exclude a role for genetics in our findings. In contrast, the authors note that social, environmental, lifestyle and cultural factors would be expected to exert effects on tribes that are, by definition, tightly geographically and linguistically bound.

As well as being physiologically gifted it is often argued that Kenyan long-distance runners are mentally tougher than most. Many come from poor families and becoming a professional runner will eradicate poverty for them and their families. Some say Kenyans have just learnt to embrace the pain better than other nations when running.

If you’d like to understand more about the Kenyan dominance. Check out the article for further in-depth analysis – Analysis of the Kenyan Distance-Running Phenomenon.