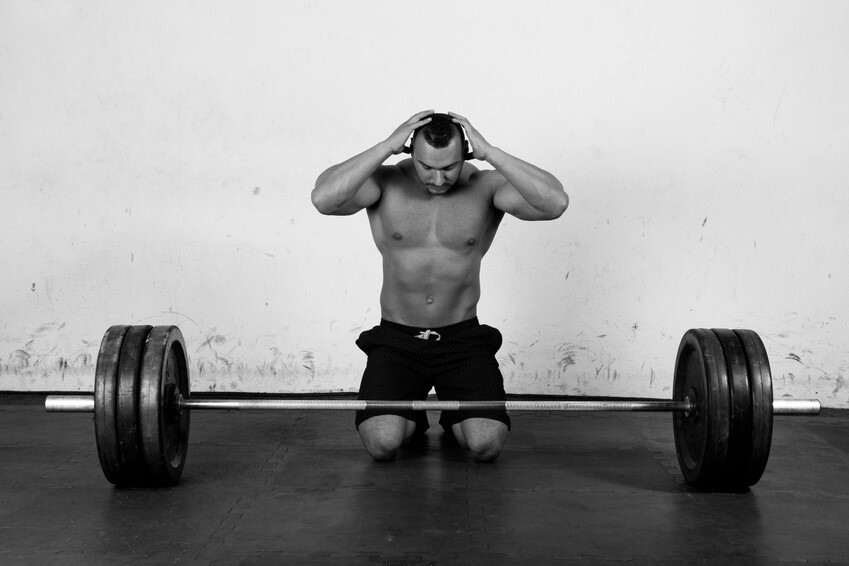 Hitting the gym? Eating a mountain of calories? Still not seeing results? Your DNA and genetics could be to blame as DNActiv8 explain in this guest post.

For some, muscle mass seems to appear as if by magic onto their bones, they can do a few pull-ups, push-ups and squats and BANG biceps, pecs and quads have grown as if someone blew them up with an air pump. However, for many this is just not the case. For many putting on muscle is a struggle that is defined by tough gym sessions, prepping 8 meals a day and spending a fortune on multiple differing nutritional supplements.

But why is this the case? Multiple environmental factors could be making the difference such as diet or training but if you have these down where do you go next?

Could it be genetic?

The argument between nature vs. nurture will always rage on, however, both sides of the argument have to concede that both are important. What is becoming more apparent is the effects that nurture or the environment has on our genetics and it is for this reason genetic testing has become popular. Genetic testing is used in medicine to help discover drugs and treatments that can aid in recovery or create cures for certain diseases. However, most commercial companies utilise genetic tests to help prevent disease, inform people of risk, promote athletic ability and aid in nutritional planning. Research shows that certain genes impact our muscle makeup, response to macronutrients, our vitamin and mineral deficiency risk and our response to environmental stimuli.

It may seem like a bit of a cop-out, we are not saying blaming genetics is a good thing, however, our DNA does play a key role in our development and understanding this may, in fact, help you progress and break plateaus.

A few genes that may be culprits are:

ACTN3 – A gene that is hailed as the king of sports, a decade ago some companies did whole gene tests for fitness potential just using this one gene (we have come a long way since then). Regardless of the amount of genes we test now, ACTN3 plays a vital role in muscle fibre type with certain variations being linked with more powerful muscles associated with sprinters and powerlifters. Those with these variations can be linked to a higher level of muscle mass overall, their skeletal muscles may predominate in the fast twitch fibres which have a correlation with increased hypertrophy.

LEPR – Certain variations in this gene have shown to cause greater muscle mass in those who utilise resistance training. Tests show that those with more favourable genetic variants had greater arm volume (size) after exercise than those without the variants. Who wouldn’t want bigger guns!

AMPD1 – Variations in this gene can cause the body to recover slower from physical stress (like when we lift weight). However a recent study shows that whilst a person may recover slower they can still gain the same muscle mass as others BUT they must use rest days well and more often. They also take longer between sets, which fits the idea that “one size fits all” is no longer true when it comes to training planning.

TRHR – Not every gene here looks at just size, those with variants in their TRHR gene have shown to have a better natural lean body mass, and therefore naturally have a better muscle to fat ratio than others, which always is handy when you’re looking to have that bodybuilder physique.

MSTN – The gene that encodes the muscle blocker myostatin, mutations in the MSTN gene have shown to have a great impact on muscle mass in animals and we are no exception to the rule. Serum myostatin has been shown to decrease when resistance training is combined with creatine supplementation over an 8 week period against just resistance training and a control group which had no resistance training and no creatine supplementation. The creatine and resistance groups showed myostatin levels of 98ng/ml compared to 110ng/ml of the resistance only group and 120ng/ml of the control. For those who are not sure of what myostatin is, it is basically a protein that causes catabolism in skeletal muscle, this is to help limit skeletal muscle, and therefore a way of decreasing this within our bodies will have in theory beneficial effects on the skeletal muscles. Most Olympic athletes have been found to have a lower level of myostatin.

This is just a small article and there are plenty of other genes that will have an effect on our body mass, we do have around 20,000 genes after all. So what does this mean? It means that some people are gifted for having more muscle mass than others and as you can’t fight your genetics you need to work with them, luckily there are plenty of genes that you can work with to reach your muscle building goals; ACE, PPARA, NOS3, AGT, etc.

However, how can we work with our genes?

Maybe we need to wait for all the research to come out?

The predictions at DNA is that genetics will lead further into the mainstream of professional and amateur sport, from training planning to nutrition advice. muhdo.com is pushing the limits of research into the area by looking directly at the link between our environment and the impact it has on our genes.

The future could be bright in this field according to Christopher Collins, the clinical lead at Muhdo.