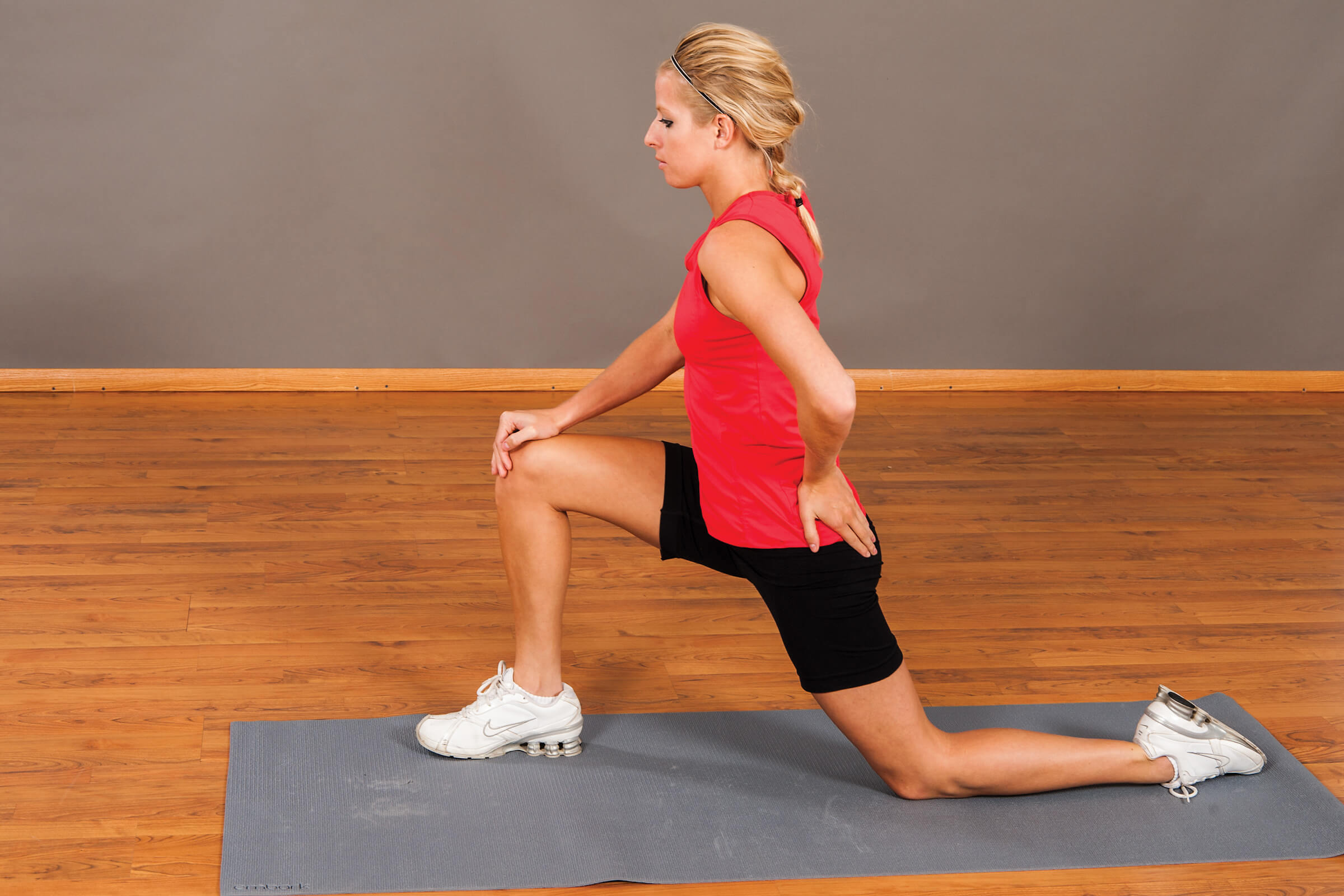 Jane Johnson addresses the anterior tilt in the pelvis describing effective and innovative ways to correct it, from both a therapist and client perspective.

Illustrations and photos in this blog are taken from Jane Johnson’s Postural Correction and Therapeutic Stretching.

Addressing anterior tilt in the pelvis

An exaggerated lumbar spine position can cause dysfunction in soft tissues of the low back and hips. This may be detrimental to spine stability and function. This article is about the anterior tilt in the pelvis and what can be done to correct this, should that be your aim. It contains ideas for both the therapist and the client to help correct the position.

In a neutrally positioned pelvis the lumbar spine has a gentle lordosis (inward curve) (A) but as the pelvis tilts anteriorly, this curve becomes exaggerated (B). The Anterior Superior Iliac Spines (ASIS) of the pelvis change from being aligned vertically over the pubic bone (C) to falling anterior to the pubic bone (D).

Attempts to correct this posture involve changing the pelvis from resting anteriorly (illustrations B and D) to resting in a more neutral position (illustrations A and C). One way to do this is to encourage posterior tilt in the pelvis. If a patient has an anteriorly tilted pelvis, a full posterior pelvic tilt is rarely achieved. This is because it involves movement of the ASIS posteriorly with respect to the pubic bone (E), flattening the lumbar curve (F).

What a therapist can do

What a client can do

One of the best stretches for the lumbar spine is simply to hug the knees.

In September 2018 Jane presented a free Webinar for Human Kinetics. Titled Advice, exercises and treatments for low back pain. Click on the link to watch now.

This post on fixing an anterior tilt in the pelvis is the third post from Jane. Check out last week’s post Postural assessment of the pelvis which is the prequel to this post. Also, check out  How to prevent and treat knee hyperextension.

Jane has also done a webinar for us Postural Correction: An introductory guide you can view this for free on the Human Kinetics website.