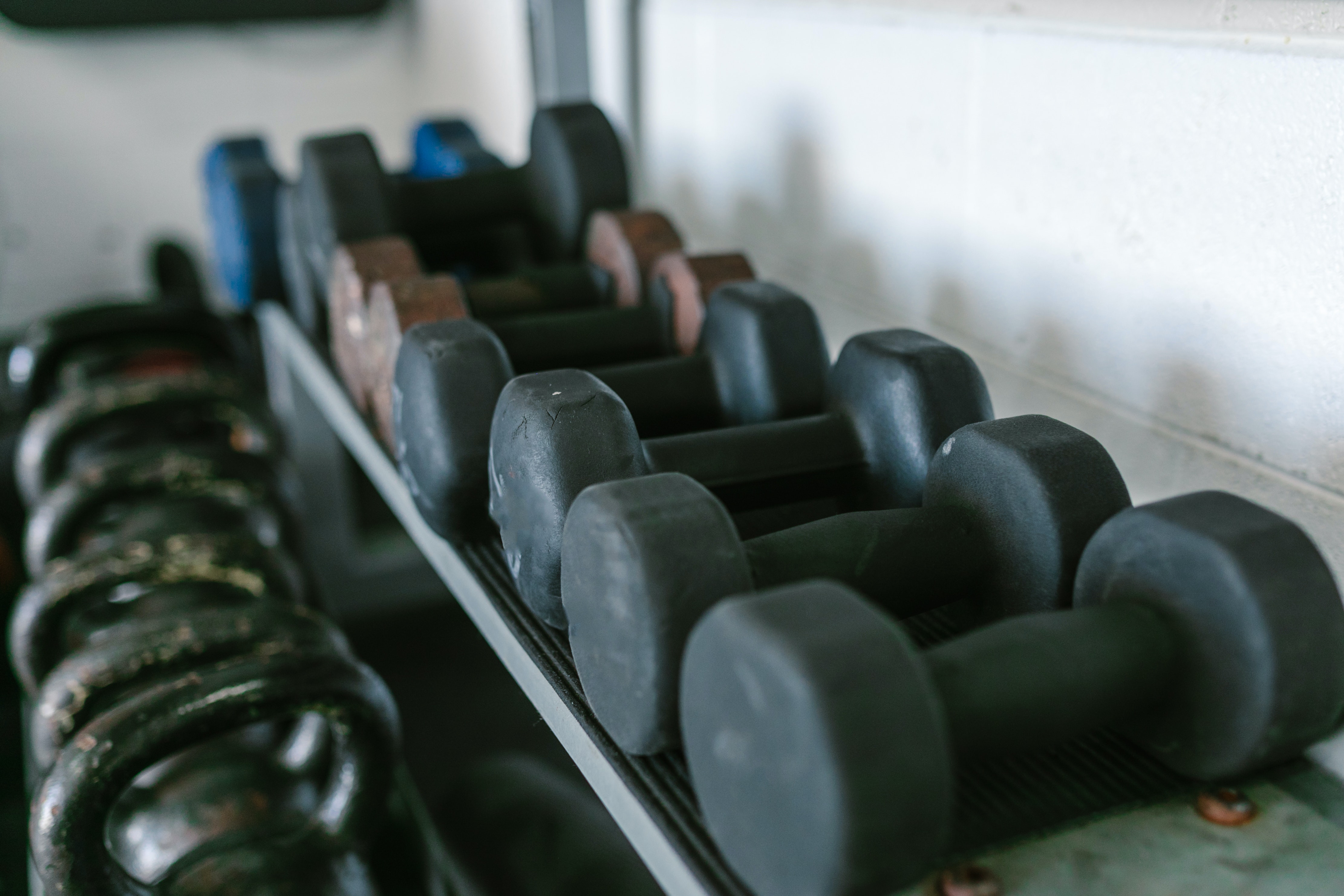 Strength training for children is safe and can lead to strength gains. You might be surprised to hear it can also improve motor skill coordination.

This article is mostly adapted from our new book Physiology of Sport and Exercise, Seventh Edition. And it was voted for by our Twitter followers.

Our new book ‘Physiology of Sport and Exercise’ is now available to buy.

Inspired by the book, for our Friday poll this week we want to know what you want to know about #physiology & #exercise

Next week we will write a blog on one of these subjects. Most votes wins

For many years, the use of resistance training to increase muscular strength and endurance in prepubescent and adolescent boys and girls was controversial. Boys and girls were discouraged from using free weights for fear that they might injure themselves or interfere with the growth process.

Many scientists speculated that resistance training would have little or no effect on the muscles of prepubescent boys because their circulating androgen concentrations (testosterone and androstenedione) were still low. It is now widely accepted that properly designed resistance training programmes are safe and effective for youth and adolescents. The risk of injury with resistance training in youth is very low. Most good strength and conditioning coaches do include some resistance training for children.

The mechanisms allowing strength changes in children are similar to those for adults, with one minor exception: Prepubescent strength gains are accomplished largely without any changes in muscle size. Strength training for children can involve improvements in neural mechanisms, including:

Strength gains in the adolescent result primarily from both neural adaptations and increases in muscle size and specific tension.

Training can improve body composition, strength, aerobic capacity and anaerobic capacity of children. Generally, children adapt well to the same types of training regimens used by adults. But training programmes for children and adolescents should be designed specifically for each age group. Coaches and parents should keep in mind the developmental factors associated with that age.

When does strength peak?

Strength improves as muscle mass increases with growth and development. Peak strength usually is attained by age 20 in women and between age 20 and 30 in men.

The hormonal changes that accompany puberty lead to marked increases in strength in pubescent boys because of increased muscle mass. The extent of development and the performance capacity of muscle also depend on the concurrent maturation of the nervous system. High levels of strength, power and skill are impossible if the child has not reached neural maturity. Myelination of many motor nerves is incomplete until sexual maturity, so the neural control of muscle function is limited before that time.

Figure 17.4 illustrates changes in leg strength in a group of boys from the Medford Boys’ Growth Study. The boys were followed longitudinally from age 7 to 18. The rate of strength gain (slope of line) increased noticeably around age 12, the typical age for onset of puberty. Similar longitudinal data for girls over this same age span is not available. Cross-sectional data, however, indicate that girls experience a more gradual and linear increase in absolute strength and do not exhibit any significant change in strength relative to body weight after puberty, as shown in figure 17.5.

From birth through adolescence, the body’s muscle mass steadily increases as weight increases.

In males, the skeletal muscle mass increases from 25% of total body weight at birth to about 40% to 45% or more in young men (20-30 years). Much of this gain occurs when the rate of muscle development peaks during puberty (usually between the ages of 10-15 for boys). This peak corresponds to a sudden, almost 10-fold increase in testosterone. Boys will start to notice strength and muscle gains during this period and will usually be at their strongest in their early to mid 20’s. However, if weight-training this peak will be extended and many males are actually at their strongest in their late 20’s some even peak in their early 30’s.

Eddie Hall broke the deadlift world record (500kg) at the age of 28. Most Olympic weight lifting medals are won by males aged between 24 and 27. The actual average is 25.7 years. It has been predicted that male weightlifting champions of the future Olympic Games could be at the age of 23-24 as they are starting at a younger age than ever before and Olympic lifting is a combination of strength and speed (power). However, the biggest jumps in natural strength are between the ages of 12 and 16 (as shown in figure 17.4).

Girls don’t experience such a rapid acceleration of muscle growth at puberty. Although, their muscle mass does continue to increase (just more slowly than boys’) to about 30% to 35% of their total body weight as young adults. Girls tend to hit puberty earlier than boys (between the ages of 9-13 usually) and have numerous hormonal differences at puberty. Females tend to be at their strongest much younger than males. The most common age for a female medal-winning Olympic weight lifter is between 20 and 23.

There is no evidence to support this myth. This question was put to Dr Julie Broderick in a recent webinar:

It would be advised that when children first start a strength training programme that they see a good lifting coach/S&C coach, or at the very least a good personal trainer who can teach proper technique. This is important for safety and to ensure they are getting the most from weight training.

As with submaximal exercise, the child’s smaller heart and blood volume limit the maximal stroke volume that he or she can achieve. Again, the high HRmax cannot fully compensate for this, leaving the child with a lower maximal cardiac output than the adult. This limits the child’s performance at high absolute workloads. However, for high relative workloads in which the child is responsible for moving only his or her body mass (e.g. running), this lower maximal cardiac output is not as serious a limitation. In running, for example, a 25 kg (55 lb) child requires (in proportion to body size) considerably less oxygen than a 90 kg (198 lb) man would require, yet the rate of oxygen consumption when scaled for body size is about the same for both.

Maximal and submaximal exercise is explained in further detail in the book Physiology of Sport and Exercise, Seventh Edition.

Both resistance and aerobic training decrease body weight and fat mass in children, just like in adults. Physical activity will also increase fat-free mass, although the increase in fat-free mass is less in the child than an adult. There is also evidence of significant bone growth as a result of high-impact weight-bearing exercise training, above that seen with normal growth.

Fat cells form and fat deposition starts in these cells early in fetal development. This process continues indefinitely thereafter. Each fat cell can increase in size at any age from birth to death. The amount of fat that accumulates with growth and aging depends on

Heredity is unchangeable, but both diet and exercise can be altered to either increase or decrease fat stores.

At birth, 10% to 12% of total body weight is fat. At physical maturity, the fat content reaches approximately 15% of total body weight for men and approximately 25% for women. This sex difference, like that seen in muscle growth, is primarily attributable to hormonal differences. When girls reach puberty, their estrogen concentrations and tissue exposure increase, promoting the deposition of body fat. Figure 17.3 illustrates the changes in percent body fat, fat mass and fat-free mass for both boys and girls from ages 8 to 20 years. It is important to realise that both fat mass and fat-free mass increase during this time period, so an increase in absolute fat does not necessarily mean an increase in relative fat percentage.

As children grow, they develop better balance, agility, and coordination as their nervous systems develop. Myelination of the nerve fibres must be completed before fast reactions and skilled movement can occur because conduction of an impulse along a nerve fibre is considerably slower if myelination is absent or incomplete (discussed in chapter 3 of Physiology of Sport and Exercise, Seventh Edition). Myelination of the cerebral cortex occurs most rapidly during childhood but continues well beyond puberty. Although practising an activity or skill can improve performance to a certain extent, the full development of that activity or skill depends on full maturation (and myelination) of the nervous system. The development of strength is also likely influenced by myelination.

Conclusion on body composition and strength training for children

Physiology of Sport and Exercise

Maturational threshold in young athletes – Are we missing the point?

What is the LTAD model and should you be using it?