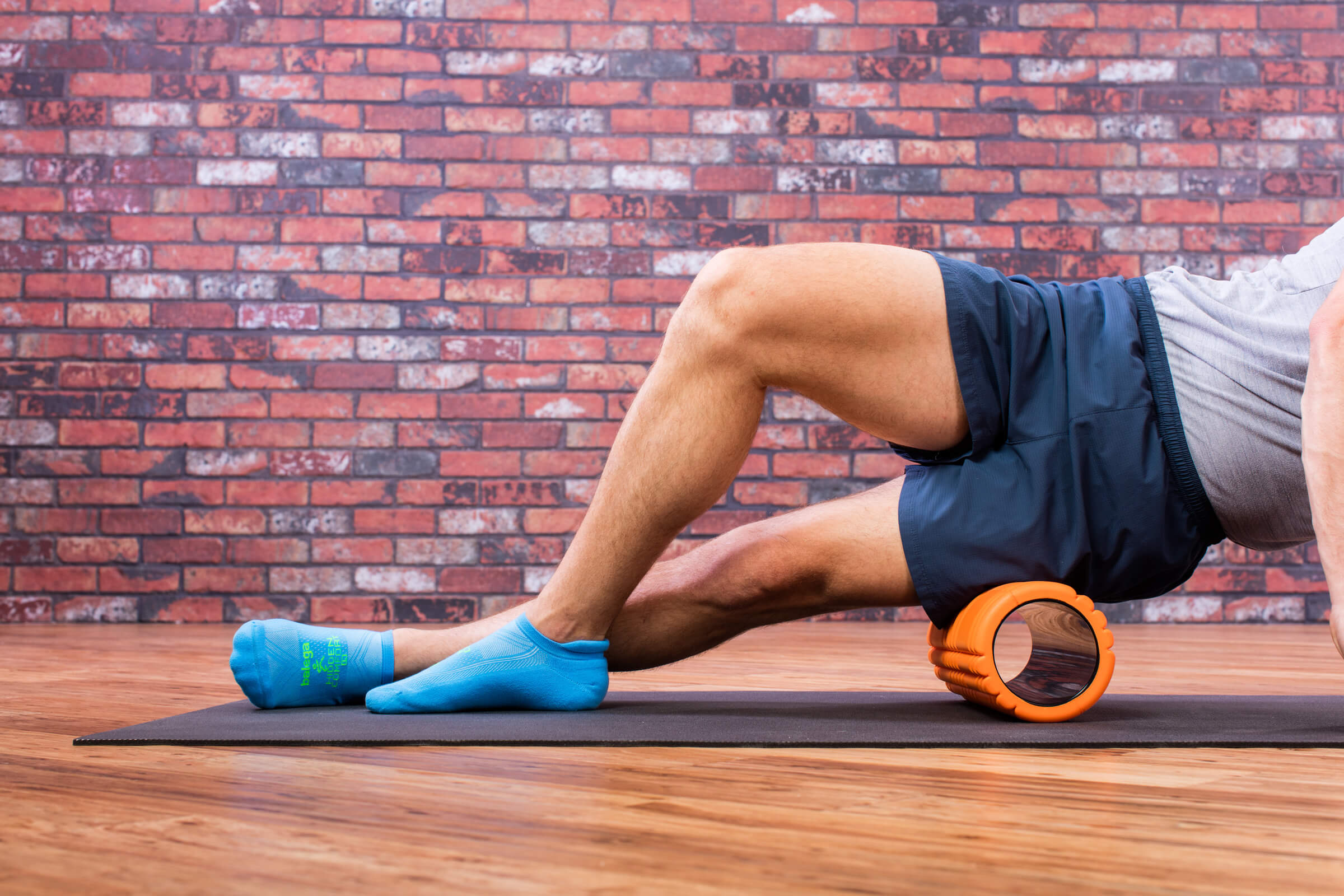 One part of the body that is open to debate when talking foam rolling is the iliotibial band (IT band). Should you foam roller your IT band and if so why?

The IT band has long been the subject of social media articles and many fitness conferences and events. It gets this attention as it is often wrongfully blamed for problems. However, the IT band doesn’t start problems, it actually tries to make up for other muscles that fail on the job. This article has been taken from Complete Guide to Foam Rolling by Kyle Stull and details how and why to foam roller your IT band.

Basic Anatomy of the IT Band

Humans are not actually born with IT bands. Instead, we begin with a layer of connective tissue called the fascia lata. This surrounds the entire upper leg. At birth, the entire fascia lata has about the same thickness. However, over time and with our movement patterns (crawling, walking and running) the outside begins to thicken quicker than the rest of the tissue. This is the result of the tensor fasciae latae (TFL), a hip flexor muscle and the gluteus maximus blending into this connective tissue. Therefore, the more we move, the more force is transmitted down the leg and the thicker the connective tissue becomes, known as “Wolff’s Law.”

Function of the IT Band

The IT band attaches to two important muscles: the gluteus maximus and the TFL. The IT band provides support and stabilization from the hips to the lower leg. The hip muscles contract when we walk or run. This creates tension in the IT band and transmits the force down to the knee. This is why we are able to run with hundreds of pounds bearing down on one leg, yet still maintaining a stable knee and pelvis. Essentially, the most important function of the IT band is stabilization.

Although ligaments, tendons and other connective tissues, such as fascia have a very small ability to shorten, their shortening is a different process from that of the muscle. Muscles contract when they receive a signal from the nervous system. This helps us move from point A to B. Other connective tissues cannot do this as they lack the contractile components of a muscle. So, if there is a problem with the IT band, then it is important to address the muscles around it first.

Pros and Cons of Foam Rolling your IT Band

As the IT band can’t be stretched, you might be wondering what the point of using a foam roller on it is. However, it is incredibly valuable. Not because of the IT band, but because of the muscles that lie beneath it. The largest and most powerful of the quadriceps (the vastus lateralis) lies directly under the IT band. So, when you think to foam roller your IT band, it’s important to know you are really addressing the muscle under it. In fact, most the pain you might feel when you foam roller you IT band is rooted in the quadriceps.

Additionally, a lot of the time the vastus lateralis can compress into the IT band. This gives a sensation of tightness and pull on the outside of the knee. Again, foam rolling your IT band will decrease the tension in the vastus lateralis and relieve any pressure off the knee. This may give the illusion that you are releasing your IT band. To find out more about the benefits of foam rolling check out our blog post from February 2017, Should you be foam rolling?

Foam Rolling Techniques for the IT Band

The preferred technique for foam rolling your IT band is very similar to that of the quadriceps. This is because it is essentially addressing one of the quadriceps. However, you need to position yourself in a side plank to reach it. Author of Complete Guide to Foam Rolling, Kyle Stull, recommends using a larger and softer foam roller to begin. This is due to the amount of pressure and sensitivity of the area. It is not an area that people often feel needs additional pressure. Similar to quadriceps, Stull advises dividing the outside of the leg into two zones. Zone 1 involves rolling from the knee to halfway up the leg. Zone 2 involves rolling from halfway up the leg to the hip.

Foam Roller your IT Band Exercise

The following exercise has been taken directly from Complete Guide to Foam Rolling.

Begin by lying on your side on a smooth, comfortable surface. Next, place the leg over the foam roller so the outside of the upper leg is touching it. Position the foam roller just above the knee.

Place your elbow and forearm just below the shoulder and raise your hips up into a side plank. For extra stabilization, you can place the opposite arm and leg you are not rolling out in front of you. If you desire extra pressure, stack your legs on top of each other.

If you find a tender spot, hold pressure for about 30 seconds. When the time is up, roll through the area about four times. Then, reposition the roller halfway up the leg and stretch the muscle by bending and extending the knee about four times (see figure 6.10b). Repeat the process on the top half of the outside of the upper leg.

The muscles of the upper leg are complex and powerful, but they can be problematic. Following a logical sequence and rationale to foam roller your IT band you can relieve issues you might not think were related. However, injury prevention and long-term high performance require much more than just foam rolling the quadriceps.

You can find more foam rolling exercises for various parts of the body in the new book, Complete Guide to Foam Rolling.

Want to know more about our bestselling massage titles? – Of course you do, so check out what are the best sports massage books for therapy?