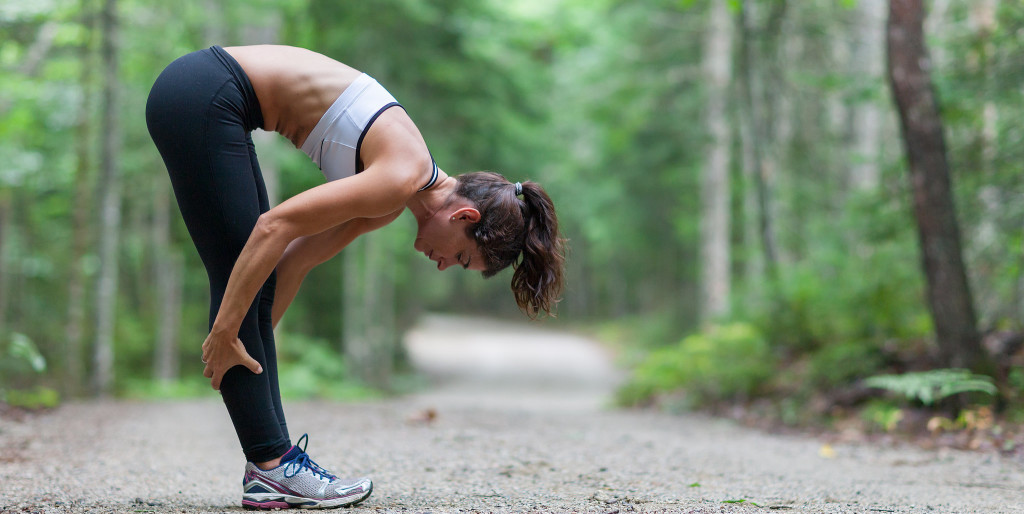 As a runner you’re likely to strike the ground around 1,000 times per mile, with a force of two or three times your bodyweight. This can cause major impact to the ligaments, bone structures and muscles, throughout your body, particularly the hamstrings. Therefore, the overall health and balance of this muscle group is extremely important.

Structure of the Hamstrings

The functions of the hamstrings are fairly simple – to pull the leg back as the hip extends forward and flex or bend the knee. Running involves both actions on a continuous basis.

The hamstrings are the muscle mass at the back of the upper leg, originating at the sitting bones and attaching at the lower leg bones. The tightness felt at the back of the legs, especially when bending forward, is the hamstrings. The well known flexibility test of touching your toes is largely a test for these muscles. Having tight hamstrings can have a considerable impact on your freedom of movement and the health of your joints. It is important to maintain a reasonable range of motion in the hamstrings to be able to move freely, safely and painlessly.

Although a major concern for runners, tight hamstrings can affect anyone. While seated, the hamstring muscles are inactive and are held at a shortened length. Therefore, the tightening of the hamstrings starts at the age of five or six, when most children begin school. For most, this continues throughout school and into careers that require hours of sitting. Like other parts of the body, the hamstrings are adversely affected by sitting for extended periods of time. In May 2018, we hosted a webinar entitled Sedentary behaviour: Where do we stand? which discussed the health impacts of sitting for long periods of time.

Running, Yoga and the Hamstrings

Due to its repetitive nature, running can lead to injuries. Physically, yoga restores balance and symmetry of the body, making it perfect for runners. Runners are often drawn to yoga to deal with specific issues, such as improving flexibility or helping with an injury. This makes yoga for tight hamstrings extremely beneficial for runners. In fact, many Ultramarathon runners have already added yoga to their training. More benefits and effects of yoga are detailed in Yoga for Runners.

Working on the flexibility of your hamstrings can help increase the length of your stride and improve your speed. Therefore it’s beneficial to include a strength, as mentioned in our post Strength and conditioning training to improve your 5k run time, and stretching workout as part of your training programme.

Stretching alone is not enough. In yoga you should also seek to consciously contract the hamstrings for support and to create ease and stability in various poses. Hamstrings that are balanced in strength and flexibility keep the spine in proper alignment, relieve lower back pain and help stabilise the hips.

For more information on why you should add yoga to your training programme, check out our blog post from February 2017, Six reasons why athletes should do yoga.

The poses below are for designed to help stretch and strengthen your hamstrings. Adding just a few minutes a day of yoga for tight hamstrings can benefit your body and athletic performance.

This pose stretches the hamstrings, while they maintain tension, making them less likely to overstretch. This pose is also good for those with acute hamstring injuries or those prone to overstretching.

This pose helps strengthen your hamstrings and glutes.

These poses, plus more yoga for tight hamstrings poses can be found in Christine Felstead’s Yoga for Runners.